A car has collided head-on with a light rail in Sydney’s CBD leaving the driver trapped behind the wheel and causing commuter chaos during peak-hour traffic.

Emergency services were called to Devonshire Street, in Surry Hills, at 4.25pm on Thursday to reports a car had collided with a light rail.

Police, fire crews and, ambulances attended the scene and freed the male driver who was briefly trapped in his Mazda. 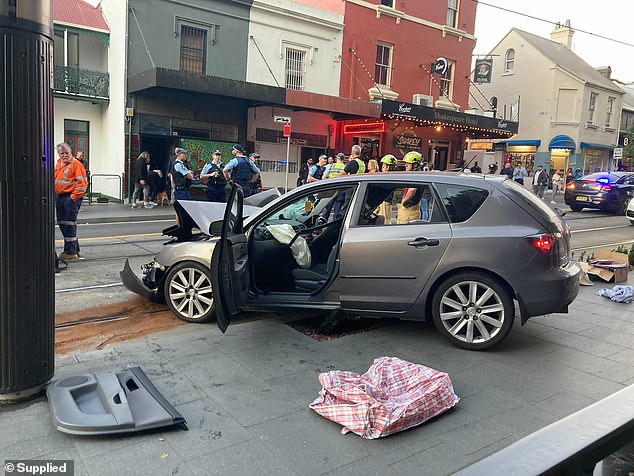 Emergency services were called to Devonshire Street, in Surry Hills, at 4.25pm on Thursday to reports a car had collided with a light rail

The driver, believed to be in his 30s, was treated by paramedics at the scene before being taken to St Vincent hospital in a stable condition.

He will undergo mandatory drug testing.

No one on the light rail was injured, but NSW Police said the tram has suffered major damaged.

Devonshire Street has been closed between Crown Street and Elizabeth Street and traffic is being directed away from the area.

Local business owner Ben Vaughan was with friends at the Shakespeare Hotel when he heard a tram beeping its horn longer than usual.

‘It was going on for 30 seconds, so we started to think “this doesn’t sound good”,’ he told Daily Mail Australia. 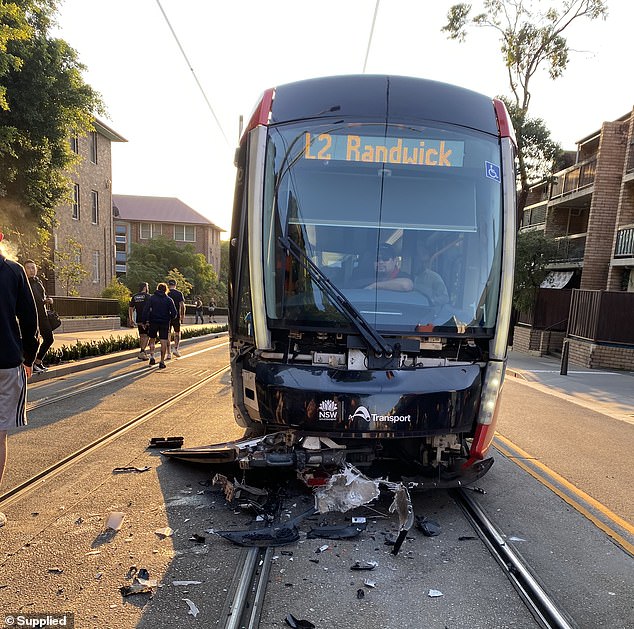 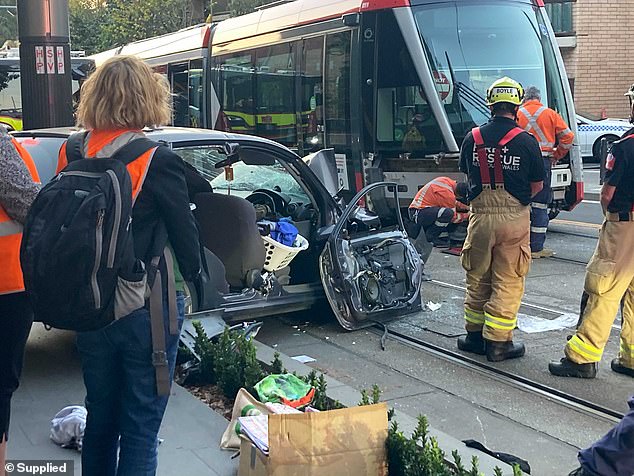 ‘Then we saw the car speeding into the tram and there was massive bang.’

Mr Vaughn and his friends quickly ran from the pub to the scene to check on the driver.

‘There was blood dripping down his face, he was dazed and confused,’ he said.

‘The airbags had gone off and the engine bay was pushed right into the front of the car.’

Dozens of shocked locals poured into the street to watch as emergency crews worked to clear the area on Thursday night.

The crumpled Mazda has been loaded onto the back of a tow truck and taken away from the scene. 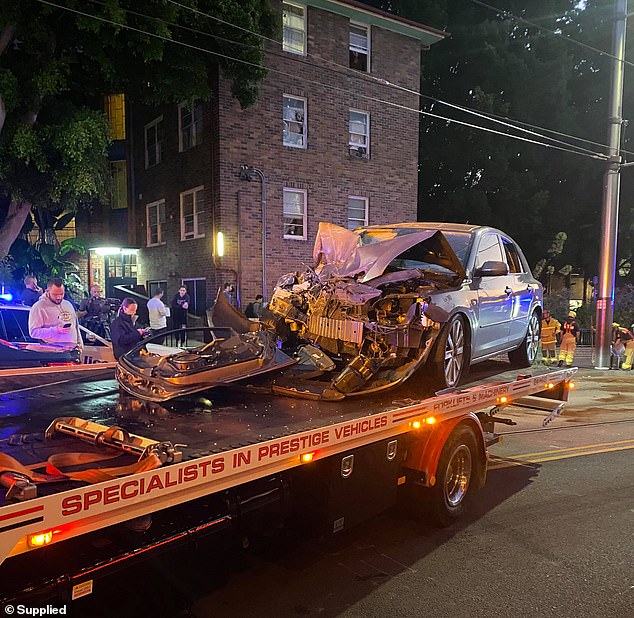