By Tim Stickings For Mailonline and Reuters

A car was seen crashing into the gate of the office of German Chancellor Angela Merkel in Berlin today, a witness said.

There were no immediate reports of casualties. Dozens of police and a fire engine were on the scene.

A car being searched with sniffer dogs was emblazoned with messages raging at ‘you damn murderers of children and old people’ and ‘globalisation policies’.

Merkel was scheduled to be hosting a video conference of German state premiers on Wednesday morning, at which an extension to the lockdown and further steps to combat the coronavirus pandemic were due to be discussed.

Merkel and the 16 state governors were expected to extend a lockdown which has drawn protests in Berlin that have attracted an assortment of conspiracy theorists. right-wing extremists and far-left activists.

While Germany’s death rate is lower than in most of Western Europe, infections have proved stubbornly high even as other countries are seeing a decline in new cases.

Health authorities today announced a record jump of 410 new deaths, while infections were higher than a week ago.

The chancellery, a post-modernist structure set across a square from the Reichstag building that houses Germany’s parliament, is well set back from any main roads. 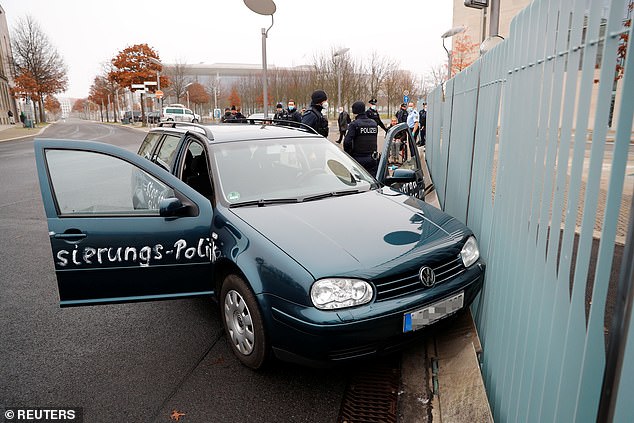 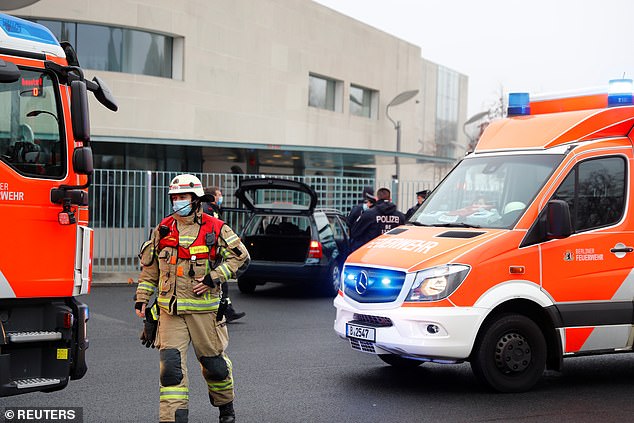 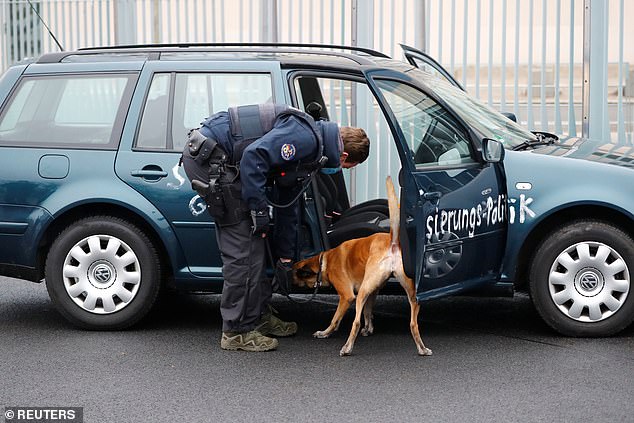