Five people have been rushed to hospital after a car mounted the pavement and ploughed into pedestrians in East London this morning.

They were all first treated at the roadside in the Stamford Hill area of Hackney before four were taken to a major trauma centre.

The fifth was also taken to hospital by a Hatzola volunteer ambulance crew.

At least a dozen emergency service vehicles were scrambled to the scene at around 9.37am.

Scotland Yard are not treating it as a terrorist attack at this stage and have made no arrests, but investigations are ongoing. 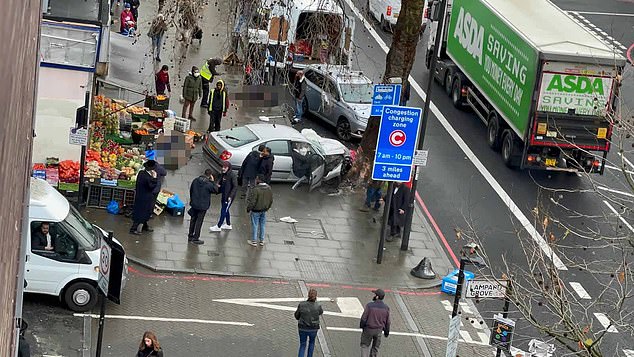 A car has mounted the pavement and ploughed into pedestrians in East London , amid fears several are seriously injured 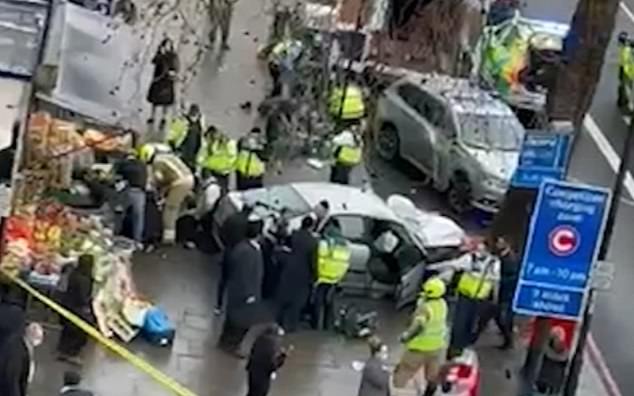 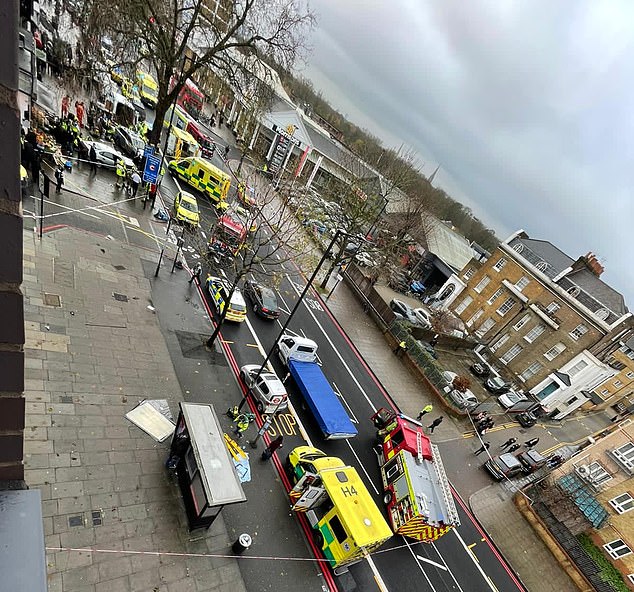 Paramedics were seen treating people along a stretch of busy pavement where a grey car had crashed into a tree.

Further down the street more ambulance crews were pictured positioned next to a bus shelter that appears to have been smashed.

A Metropolitan Police spokesperson said: ‘A car is reported to have mounted the pavement and struck a number of pedestrians.

‘We await an update on any injuries. At this early stage, this incident is not being treated as terror-related.’

Paramedics were understood to be treating people who lay on the pavement near the car, which appears to have its airbag inflated.

A London Ambulance Service spokesperson said: ‘We were called at 9.37am today (11 December) to reports of a road traffic collision involving a car and pedestrians on Stamford Hill, N16.

‘We sent a number of resources to the scene, including six ambulance crews, an incident response officer, a medic in a car, a team leader and our hazardous area response teams. We also dispatched London’s Air Ambulance by car.

‘Five adults were treated at the scene. We took four to a major trauma centre. and one was taken to hospital by an Hatzola ambulance crew.’ 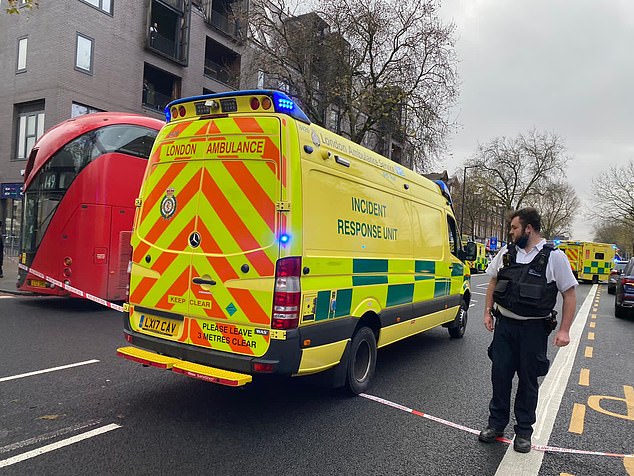 A police officer enforces a cordon on the road in Hackney 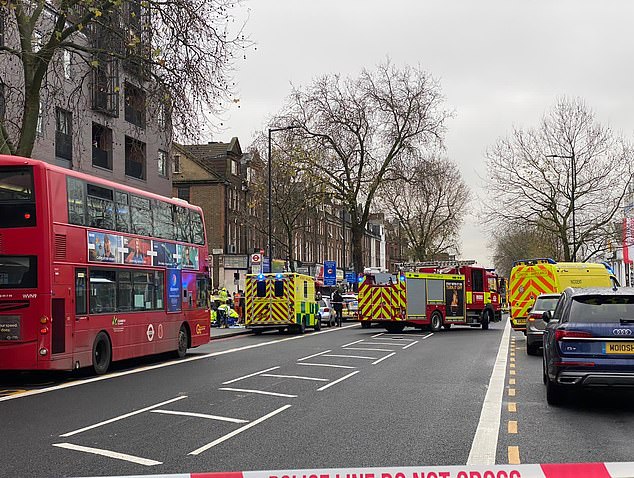 Emergency services at the scene in Stamford Hill

What Do All Sports Betting With Bitcoin - 1xbit

“King of Technology” … Elon Musk gets a new title in “Tesla”

Highlights from Week 8 of the college football season

‘I’m ashamed my father was a Capitol Hill rioter’

Opals centre Liz Cambage has said she will compete at the Tokyo Olympics, despite her anger...