Care home bosses who sacked an MP for criticising shortages of personal protective equipment (PPE) have admitted she was right all along.

Nadia Whittome, Labour’s representative for Nottingham East, was fired from her part-time job at Lark Hill Retirement Village in May after she revealed masks at the home were limited to one-a-day and said this risked the lives of residents and carers.

ExtraCare, which runs the home, accused her of ‘spreading misinformation’ and causing panic among elderly residents. It said the claims of PPE shortages were ‘inaccurate’ and they had ‘more than three months’ supply’.

A spokesman also claimed her employment was ended because their in-house staffing had become ‘sufficient’ to cover her shifts.

But the MP and her employer have since put their differences behind them, with ExtraCare admitting it was, in fact, suffering ‘supply chain issues’ at the time.

The 23-year-old politician said she raised awareness of the conditions as it was her ‘duty to be honest about the lack of PPE and testing’.

She had taken up the job at the care home, where she used to work, when the Covid-19 crisis began because she wanted to help.

Welcoming Ms Whittome back to her role, ExtraCare’s chief executive Mick Laverty declared her actions were taken in ‘good faith’ and with the ‘best interests of everyone involved at heart’. 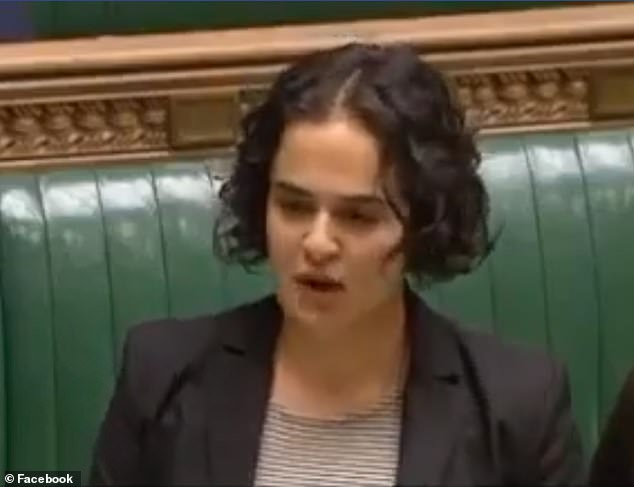 Nadia Whittome, Labour MP for Nottingham East (pictured in parliament) has been vindicated by Lark Hill Retirement Village four months after she was sacked from the care home 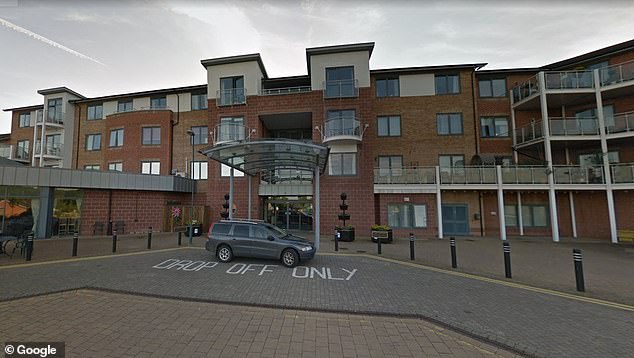 ‘In conjunction with Nadia, we made a number of appeals for extra support with PPE supply, which helped us obtain further supplies,’ Mr Laverty said.

‘For example, in March 2020 we made several online requests for PPE across social media and requested that Nadia consider recording an appeal video for PPE on 3 April 2020 to help us obtain further supplies.

‘We really appreciated her raising these issues which helped highlight the issue of PPE supply chain issues both within Lark Hill and across the care sector.

‘Nadia’s work and support during the engagement was of considerable assistance to ExtraCare and our residents.

‘While we have rather different views as to the reasons the role came to an end, Nadia and ExtraCare have discussed this matter further and have subsequently agreed to resolve all matters amicably and informally, so that everyone can move forward.’ 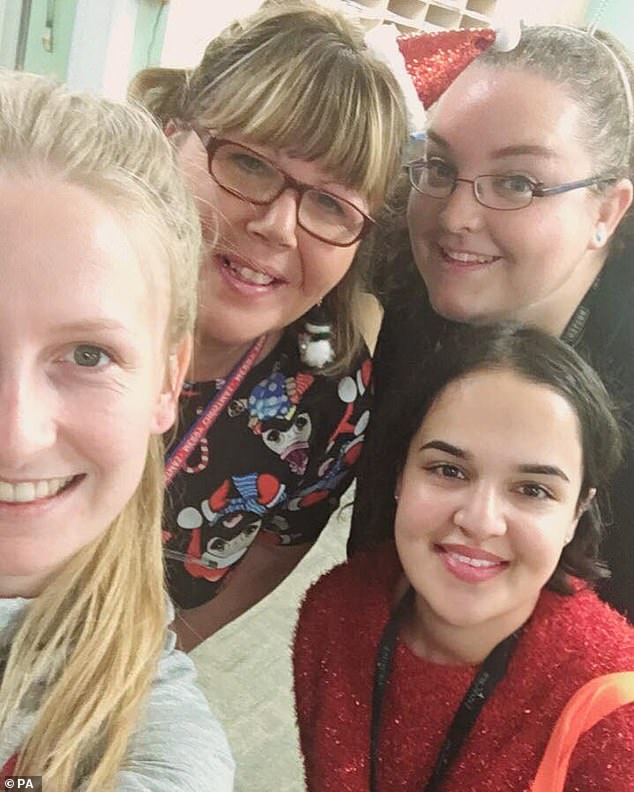 ExtraCare, which runs the home, accused her of ‘spreading misinformation’ and panic among residents after she raised concerns about the chronic lack of PPE 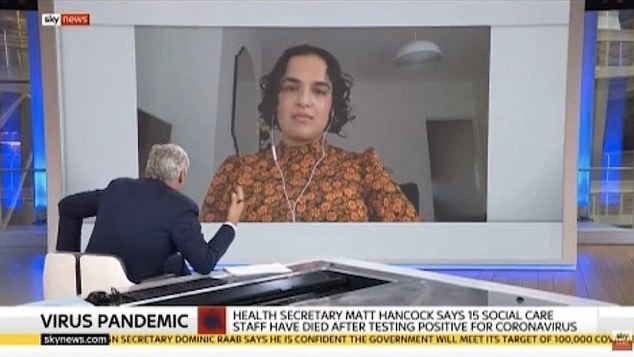 Ms Whittone said she was ‘pleased’ to have resolved this with the care home.

‘I wanted to do whatever I could to support the residents of Lark Hill and to support my care sector colleagues, locally and nationally,’ she said.

‘I enjoyed being able to help my former colleagues during the Covid-19 outbreak, albeit at a very challenging time for the care sector.

COVID-19 ‘HAS KILLED ONE IN EVERY 16 CARE HOME RESIDENTS’

Coronavirus has reportedly killed one in 16 care home residents in England and Wales, research suggests.

Data shows there have been 26,211 excess deaths in care homes since the start of the outbreak, compared to the five-year average for the same period.

While coronavirus is believed to be the main driving factor behind the rise in deaths, it is understood the mass disruptions to normal care home service as a result of the pandemic has also led to people losing their lives.

Figures released today by the Office for National Statistics (ONS) show 11,614 deaths are linked to coronavirus, while the other half are due to other reasons.

A large portion of the excess death numbers are due to dementia or related illness, though many elderly care home residents in these situations found themselves struggling severely due to a lack of contact with familiar loved ones as the lockdown regulations tightened.

There are 411,00 people living in care homes in England and Wales and the data shows that more than six per cent – or one in 16 – has died since the spring.

‘I am pleased that my contribution has been acknowledged and appreciated, including around the various PPE issues affecting the care sector.’

Ms Whittone was employed by the trust as a personal support assistance for two months until May this year.

She had voiced concerns about the supply of PPE in care homes to various news broadcasters, papers and websites, as well as posting about the crisis on social media.

Their decision to end her contract left her ‘appalled’, with a member of staff in the home saying they were ‘dumbfounded’ at the decision to remove an ‘excellent caring worker’ who ‘hasn’t stated anything other than facts’.

Officials have since admitted that care homes were an ‘afterthought’ at the height of the crisis, with 25,000 patients discharged from hospitals between March 17 and April 15.

The National Audit Office (NAO) said in its report in June – the first independent review of preparations for the pandemic – that are homes had been overlooked in order to protect the NHS.

It also revealed that plans to distribute PPE were hampered because officials ignored warning in 2019 to stockpile gowns and visors – and din’t have enough of them when the need arose.

This resulted in less than half of the necessary equipment being available to healthcare workers on the frontlines of the crisis.

At least 300 healthcare staff have died from coronavirus so far and bereaved families and health unions say a lack of PPE is partly to blame.

The high levels are thought to be down to a lack of PPE, but also that it is harder to contain the virus in a care home as many residents are unable to live independently so require close contact with workers.

Cases are thought to be harder to detect as well because residents are often ill with other conditions with similar symptoms, and may not show typical signs of Covid-19.

The Government’s policy for testing in care homes, during the peak of the outbreak, was to test a small sample in the home and, if positive cases were found, to assume there was an outbreak in the home and automatically classify other people with similar symptoms as coronavirus patients.

Manchester City's defensive signings under Pep Guardiola - how have they fared?