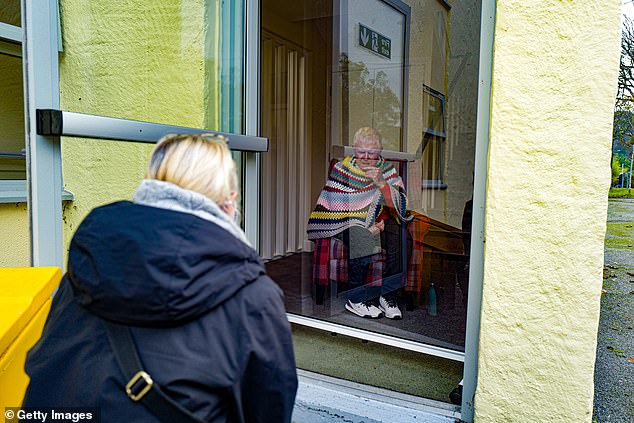 Care homes have been accused of ‘playing God’ by refusing to allow families to hug their loved ones despite the new government advice on care home visits.

The Government announced on Tuesday that visitors would be allowed to hug and hold hands with care home residents as long as they had received a negative Covid test and wore PPE.

Since the Government announced care home visits would be allowed with lateral flow testing, reports have emerged that families across the country are being refused entry (stock photo)

However, since the announcement, it has emerged that people across the country are still being refused contact with their loved ones.

And all ten councils in Greater Manchester are advising people against using these tests in care homes, days after Sheffield council said the same.

Care homes are facing increasing pressure to allow residents to visit with families and have now been accused of ‘playing God’.

‘I think there’s a deep property war going on where it’s seen as ‘our residents’, but it’s actually ‘my mother, ‘my husband’.

Speaking with the Daily Telegraph, Ms Jones added: ‘They are not God, they must allow people to make their own decisions as adults.’ 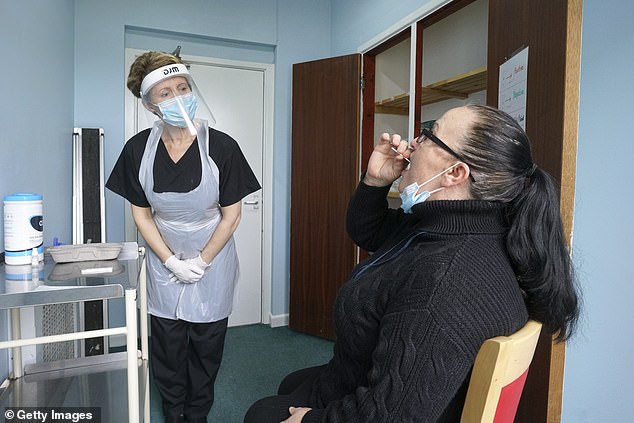 On Thursday, Manchester became the latest major city to signal that it will advise care homes not to follow the Government’s care home visits guidelines. In a blow to thousands of families.

Mayor Andy Burnham said that there was ‘very considerable concern’ about the use of lateral flow tests, which give a result in 30 minutes.

The US Senate approves William Burns to head the CIA

Jenny Morrison, the founder of Rights for Residents, which has 4,500 members, told MailOnline that one member has already been refused a visit by her mother’s care home – and offered a Zoom call on Christmas Day instead.

‘Our member called the care home excited like the rest of us about the Government’s proposals – only to be told ‘you can have a Zoom call on Christmas Day and watch her eat her lunch’. She’s heartbroken’, Ms Morrison said.

She added: ‘It’s turning into a postcode lottery. This is happening all over the country now – to suggest this is a humane approach is staggering. 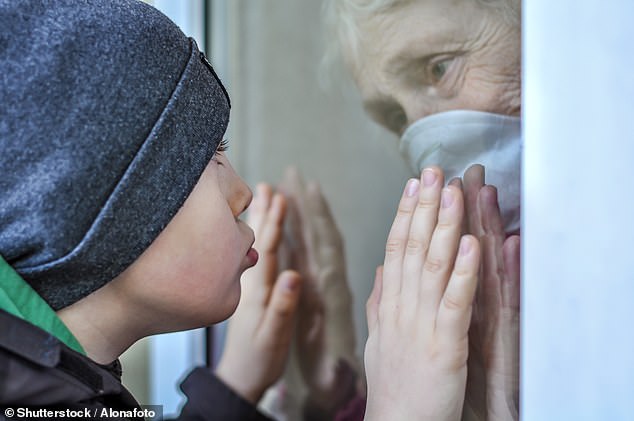 ‘Some care homes are saying basically, if you don’t like it you can move your relative somewhere else’.

With mounting pressure facing care homes, representatives have argued the Government’s announcement has put them in difficult positions and called on the Government to address concerns.

Vic Rayner, the executive director at the National Care Forum, told the Telegraph visiting was ‘an essential element of the delivery of good care.

‘The emerging pictures of local authorities offering directly conflicting advice around the efficacy of the test, in contrast to the opinions held by central government, place care homes in an invidious position.

‘The Government must as a matter of urgency come up with evidence that addresses the concerns raised.’

Prof Martin Green, the chief executive of Care England, which represents more than 50,000 residents, said care homes now faced ‘huge burdens’ being placed on them as the Government had sent out testing kits ‘without any extra resources to administer them’, or training ‘to ensure that they can be deployed effectively’.

Martin Green, of Care England, called for the Government to issue firmer guidance saying the current rules are mired in ‘ambiguity’ that allows local authorities to make their own decisions.

He said that care homes fear they could face legal action if visits go ahead and there is a subsequent Covid outbreak, as well as if they block visits altogether.

He said: ‘If you take the Government’s advice then you might find yourself in hot water later because of that.

‘If you take the local authority’s advice and you can’t reinstate visiting then you might be in potential breach of the Human Rights Act.

Guidelines published by the Department for Health this week after a Daily Mail campaign for Christmas visits to go ahead orders care homes to consider equalities and human rights legislation.

Nick Freeman, a criminal defence lawyer, said: ‘The Mail has highlighted the humanitarian aspect of why care home visits must go ahead, but there is also a strong legal argument.

‘Article 8 of the European Convention on Human Rights covers the right to a family life. This encompasses all things that you expect a family to do – see sick parents, terminally ill relatives, or sit down for Christmas as a family.’

Care bosses claim that they are terrified of the prospect of legal action linked to the pandemic, which has already seen insurance premiums rocket by up to 880 per cent.

The Department of Health and Social Care has been contacted by MailOnline for comment.