Donald Trump has been urged not to ‘degrade himself’ and his voters with a slew of dubious pardons as he leaves the White House, as Pamela Anderson pleaded for her friend Julian Assange to be granted a reprieve.

The president is expected on Tuesday to issue up to 100 pardons for people including white collar criminals, rappers and friends.

The White House held a meeting on Sunday to finalize the list of pardons, two sources told CNN: Trump and his family are not believed to be on the list.

Yet on the eve of the pardons, Tucker Carlson, the Fox News host who the president reliably tuned in to, urged him not to grant the full list of the rumored recipients – among them rapper Lil Wayne, who pleaded guilty to gun charges, and Dr Salomon Melgen, a prominent eye doctor from Trump’s hometown of Palm Beach, Florida, who is in prison after being convicted on dozens of counts of health care fraud. 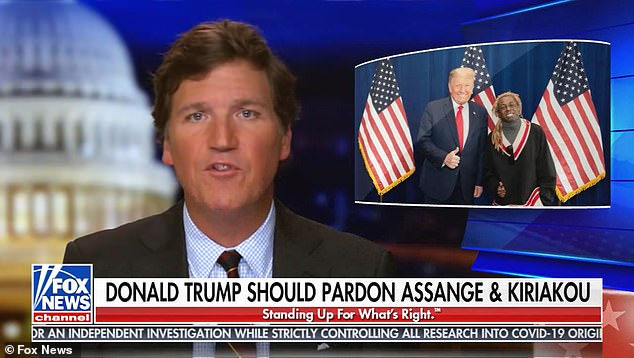 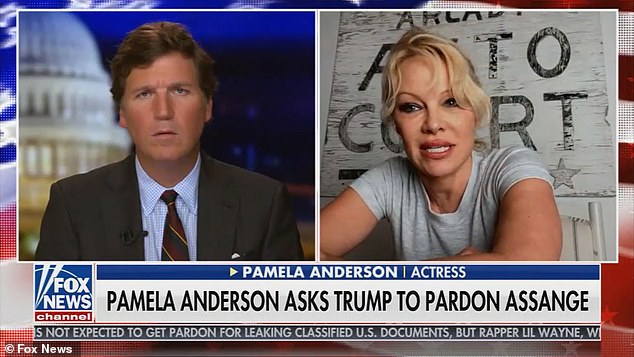 Tucker Carlson: “Pardoning Lil Wayne? Pardoning some medicare fraud criminal from Florida? Don’t degrade yourself on the way out, defend the Bill of Rights.” https://t.co/oxxjoX98me 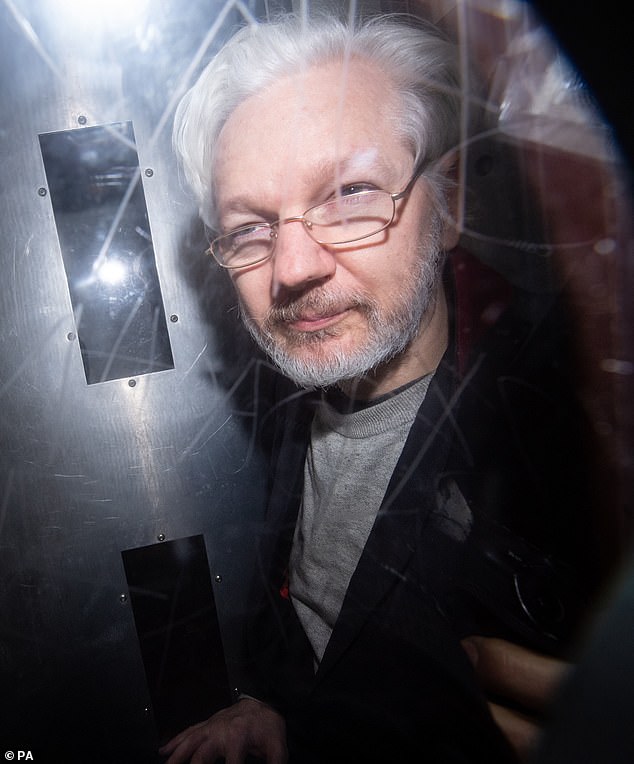 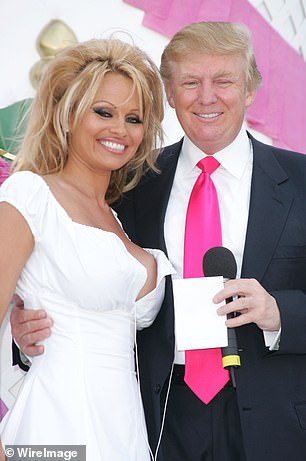 Earlier on his show, Carlson heard a plea by former Baywatch actress Pamela Anderson on behalf of WikiLeaks founder Julian Assange. He has been charged with conspiring to hack government computers and violating the Espionage Act by obtaining and releasing confidential documents in 2010 and 2011.

She told Trump that it was his ‘time to shine’ by pardoning Assange.

‘He needs to do the right thing. This is one of those moments in history in his lifetime where he can make the right decision. He would really gain a huge following and a huge sigh of relief and gratefulness for so many people on the planet.

Carlson, speaking with only one full day left of the Trump presidency, also expressed his anger at what he described as the ‘militarization’ of Washington DC, ahead of Joe Biden’s inauguration on Wednesday. 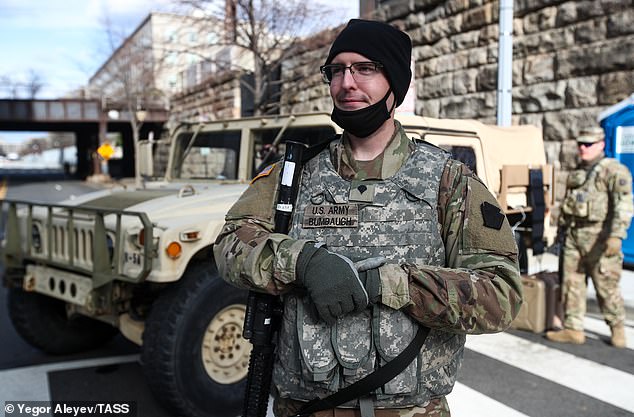 Around 25,000 National Guard troops have been deployed to Washington DC 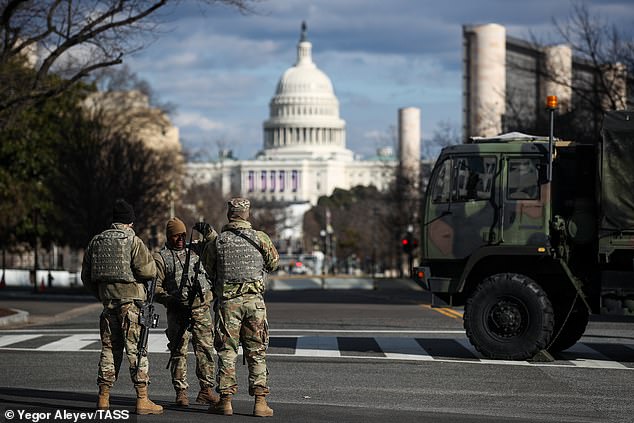 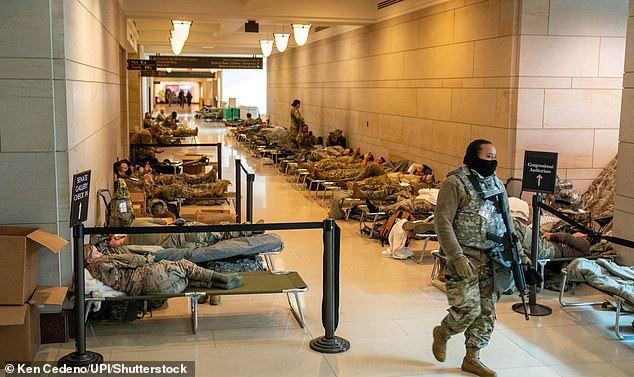 Around 25,000 National Guard troops have been dispatched to the capital to prevent a repeat of the lethal violence of January 6.

Army Secretary Ryan McCarthy told The Associated Press on Sunday that officials are conscious of the potential threat, and he warned commanders to be on the lookout for any problems within their ranks as the inauguration approaches.

‘We’re continually going through the process, and taking second, third looks at every one of the individuals assigned to this operation,’ McCarthy said in an interview after he and other military leaders went through an exhaustive, three-hour security drill in preparation for Wednesday’s inauguration. 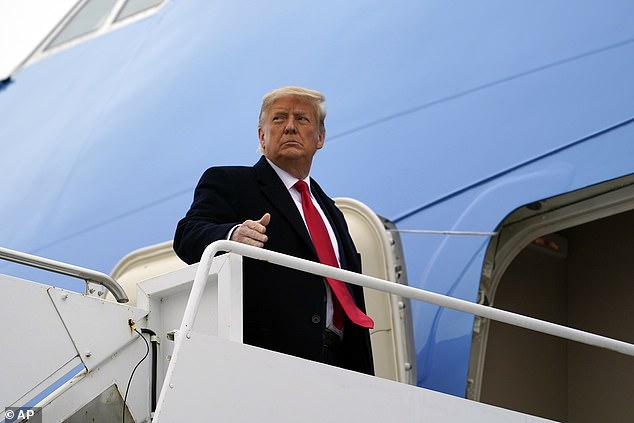 Donald Trump officially stops being president at noon on Wednesday

He said Guard members are also getting training on how to identify potential insider threats.

The troop deployment is at least two and a half times the number for previous inaugurals.

Carlson claimed that the soldiers had been dispatched as a show of force for the new Biden administration.

‘The Democratic party is using those troops to send the rest of us a message about power,’ he said. ‘We are in charge now. We run this nation from Honolulu to our colony in the Caribbean and everything in between, very much including where you and your family live.

‘Do not question us. Men with guns enforce our decrees. We control the Pentagon.