A major Hong Kong airline has announced its plan to cut 8,500 jobs and shutter a regional carrier as it grapples with the plunge in air travel due to the pandemic.

About 5,300 employees based in Hong Kong and another 600 elsewhere will likely lose their jobs, Cathay Pacific Airways said Wednesday.

The cuts, including an additional of 2,600 unfilled positions, are about 24 per cent of the company´s workforce, according to its statement. 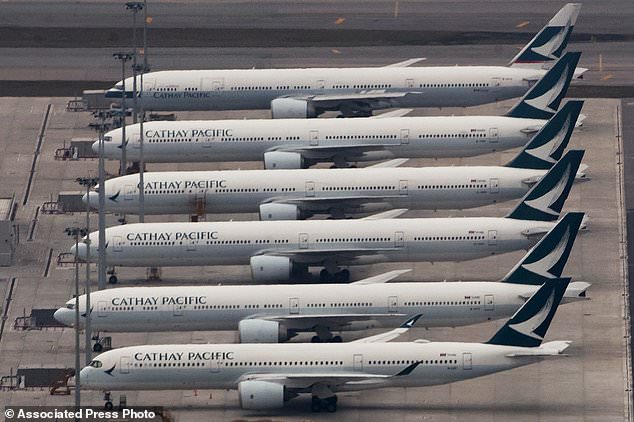 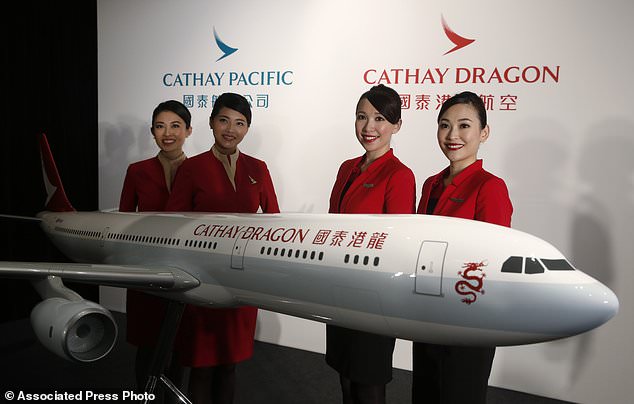 In this file photo, flight attendants at Cathay Pacific pose next to a model jet of Hong Kong airline Cathay Dragon, formerly known as Dragonair in Hong Kong. The company said it will also shut down Cathay Dragon, its regional airline unit, with operations ceasing from today

Airlines around the world are on the brink of survival the coronavirus pandemic, which has killed more than one million people worldwide, batters travel and tourism.

British Airways said this week that it will shrink its operations at London Gatwick Airport in a bid to rebound from the global health crisis.

The UK’s flag air carrier suspended more than 30,000 staff in March as Heathrow shut one runway due to the reduction of flights.

Tigerair, a budget airline run by Virgin Australia, officially shut down last month after 13 years in the air.

As the virus continues to wreak havoc on the travel industry, Cathay Pacific has said today that it will axe 8,500 jobs and shut a regional airline. 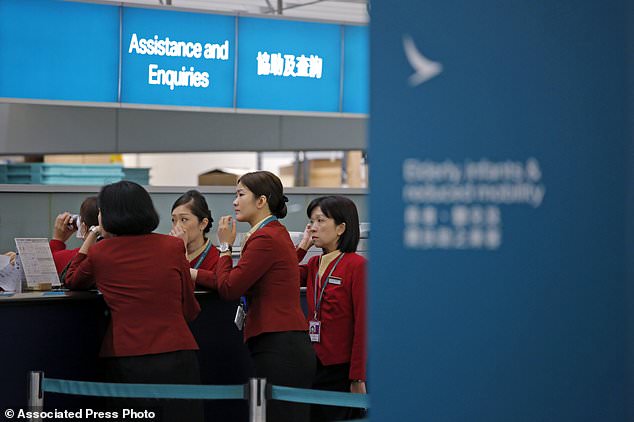 A major Hong Kong airline has announced its plan to cut 8,500 jobs and shutter a regional carrier as it grapples with the plunge in air travel due to the pandemic. Staff members are seen at the check-in counter of Cathay Pacific Airways at the Hong Kong International Airport

‘The global pandemic continues to have a devastating impact on aviation and the hard truth is we must fundamentally restructure the group to survive,’ the company CEO Augustus Tang said in a statement.

‘We have to do this to protect as many jobs as possible, and meet our responsibilities to the Hong Kong aviation hub and our customers,’ Tang added.

The company said it will also shut down Cathay Dragon, a full service regional carrier flying mainly to mainland China and other Asian destinations, with operations ceasing from Wednesday.

It will seek regulatory approval for most of the routes to be operated by Cathay Pacific and its budget airlines subsidiary HK Express. 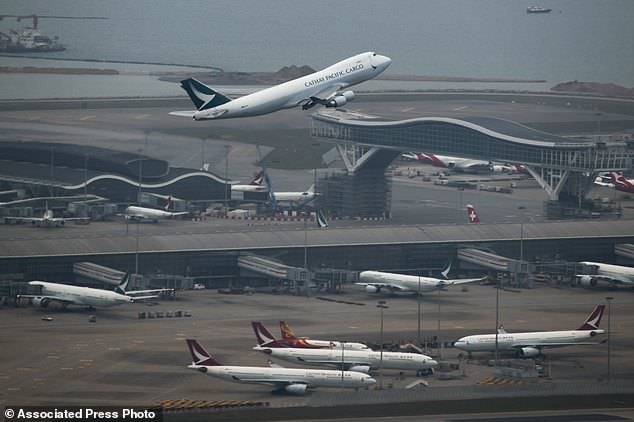 Executive pay cuts will continue throughout 2021 and there will be no pay increments for 2021 nor bonuses for this year for all Hong Kong employees, Cathay Pacific said. Ground staff will be offered a voluntary leave plan in the first half of next year.

In a news conference, Cathay Pacific Airways chairman Patrick Healy estimated that passenger levels will only return to pre-pandemic levels in 2024.

‘The future remains highly uncertain. This crisis is deeper and the road to recovery slower and more patchy than anyone thought possible just a few short months ago,’ he said.

Healy said Cathay Pacific is more affected than its peers as the airline is ‘100% reliant on cross-border travel,’ much of which has stopped as passengers remain wary of flying amid travel restrictions. 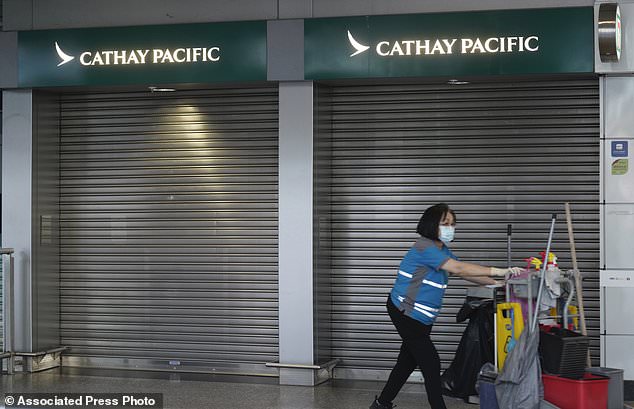 A cleaner walks past a Cathay Pacific booth at the airport train station in Hong Kong Wednesday. As the virus continues to wreak havoc on the travel industry, Cathay Pacific Airways has said today in a statement that it will axe 8,500 jobs and shut a regional airline 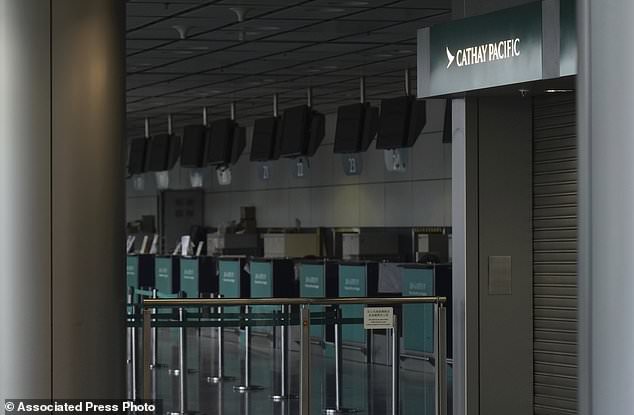 Cathay Pacific empty counters are seen at a train station in Hong Kong Wednesday. Cathay Pacific Airways estimated that passenger levels will only return to pre-pandemic levels in 2024

Major destinations such as mainland China and other countries like Singapore and Thailand have temporarily closed their borders to visitors.

In June, Cathay Pacific raised 39 billion Hong Kong dollars (£4 billion) in a recapitalisation plan that gave the city´s government a stake of about 6 per cent in the airline.

The vice chairwoman of Cathay Pacific Airways Flight Attendants Union, Amber Suen, said in a news conference that the union is ‘completely disappointed’ with the company’s decision, and said there are others who worry that there may be future redundancies.

Clarkson, Rayner and Laing on 'scum' comment in Commons

Thousands of Israelis protest against Netanyahu three days before the elections

NSW woman, 48, dies a week after getting Covid-19 vaccine and developing blood clots

Young people aged 16 and 17 are to be offered a coronavirus vaccine before they return...