The majority of Americans are vulnerable to contracting the novel coronavirus, the director of the Centers for Disease Control and Prevention (CDC) said on Wednesday.

Dr Robert Redfield was testifying during a Senate Health, Education, Labor, and Pensions Committee hearing when he revealed most of the US population is at risk of falling ill with the potentially deadly disease.

‘The preliminary results in the first round [of testing] show that a majority of our nation, more than 90 percent of the population, remains susceptible,’ Redfield said.

‘A majority of Americans are still susceptible to this virus.’

Later in the hearing, Redfield and Dr Anthony Fauci, the nation’s top infectious disease expert, testified that they expect a vaccine to be widely available to the public by spring 2021. 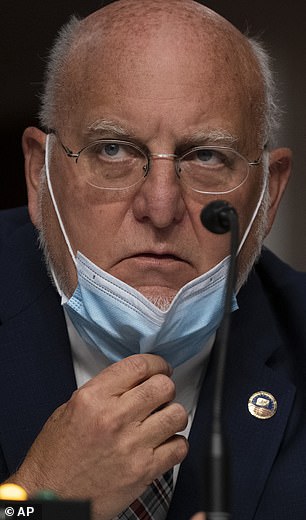 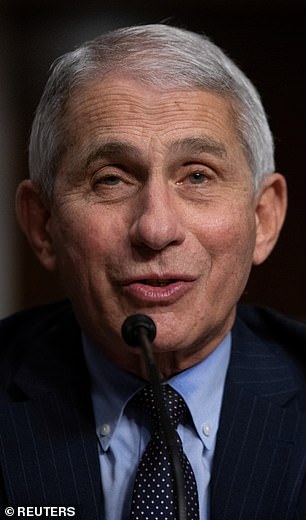 Dr Robert Redfield (left) revealed preliminary results from a CDC study during a Senate hearing on Wednesday, which found about 90% of Americans are susceptible to contracting coronavirus. Redfield and Dr Anthony Fauci (right) said they expect 700 million doses of a COVID-19 vaccine will be available by spring 2021 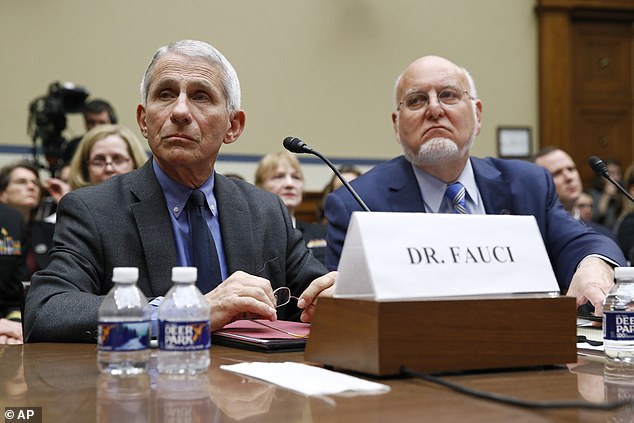 Fauci said, if a vaccine is approved in 2020, only about 50 million doses would be available in December for frontline workers. Pictured: Fauci (left) and Redfield before a House Oversight Committee hearing on preparedness for and response to the coronavirus outbreak, March 11

During the hearing, Redfield said the CDC is currently conducting a study to determine how many Americans have been sickened with COVID-19.

He said infection rates have varied from state-to-state with one as high as 24 percent and others as low as less than one percent.

‘Preliminary results appear to show that most Americans have not been infected with the virus and are still vulnerable to the infection, serious illness and death,’ Redfield said.

‘It varies in different geographic parts from states…We’ll have that finalized and probably published in the next week or so.’

The results seem to combat President Donald Trump’s opinion that the US could curb the pandemic with herd immunity, which would require up to 85 percent of the population having antibodies against the virus.

This is similar to an estimate Redfield made to reporters during a press conference in June, in which he revealed that the CDC believed the virus has infected 10 times more people in the US than the official count.

At the time, there were 2.3 million confirmed cases, with a 10-fold increase equating to 20 million cases, about six percent of the US population.

Later in the hearing, Redfield testified that he predicted 700 million doses would be available of a coronavirus vaccine by late March or early April.

That would be enough doses to inoculate 350 million people.

‘I think that’s going to take us April, May, June, you know, possibly July, to get the American public completely vaccinated,’ he said. 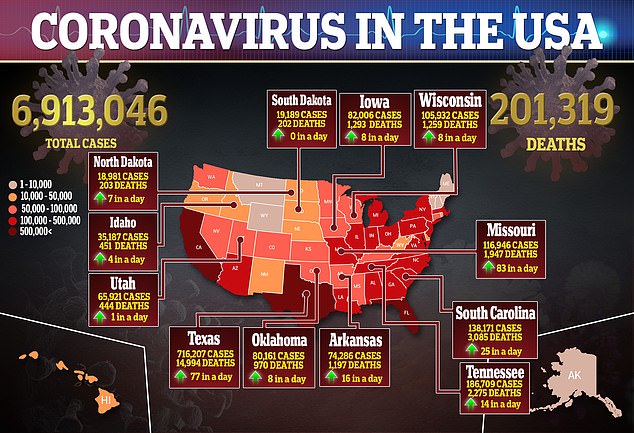 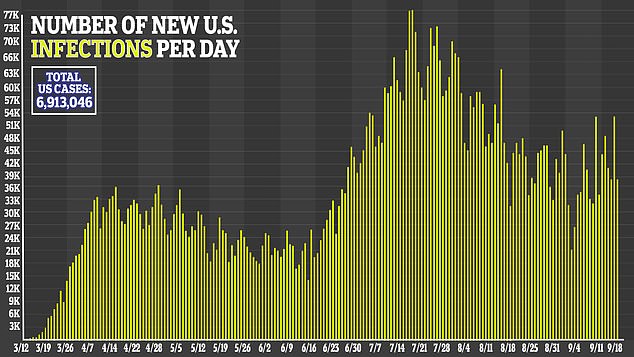 Fauci, director of the National Institute of Allergy and Infectious Diseases, said he also expects 700 million doses to be available by April 2021.

He added that if a vaccine is approved by year’s end, only about 50 million doses would be available in December, so ‘it is not going to be a large proportion of the population’ that receives the vaccine in 2020.

Fauci said those prioritized will ‘likely will be health care providers and likely will be those who are vulnerable with preexisting conditions.’

At least 10 are currently in large-scale trials in humans in the US and around the world to prove the jabs are both safe and effective. 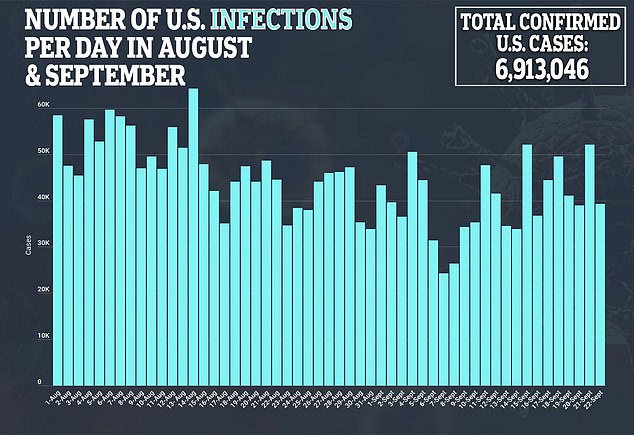 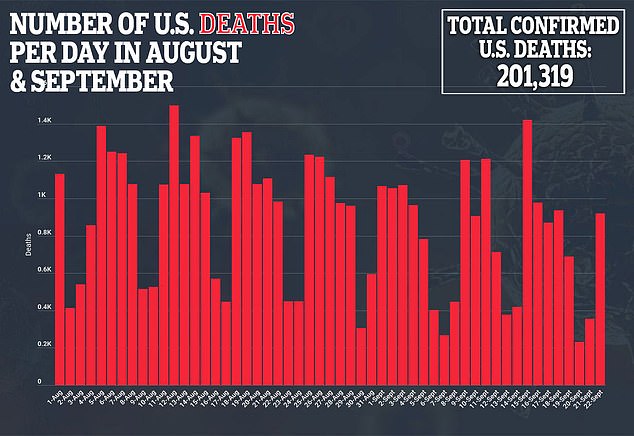 During his opening statement, Fauci said he expects results showing any vaccine’s efficacy by November or December.

‘We feel strongly that if we have a combination of adherence to the public health measures together with a vaccine…we may be able to turn around this terrible pandemic which we have been experiencing,’ he said.

Recently there have been fears that the US Food and Drug Administration (FDA) will approve a vaccine before there is enough data to review due to pressure from the Trump administration.

FDA Commissioner Hahn said an immunization will only be approved if FDA scientists find it is safe and effective. 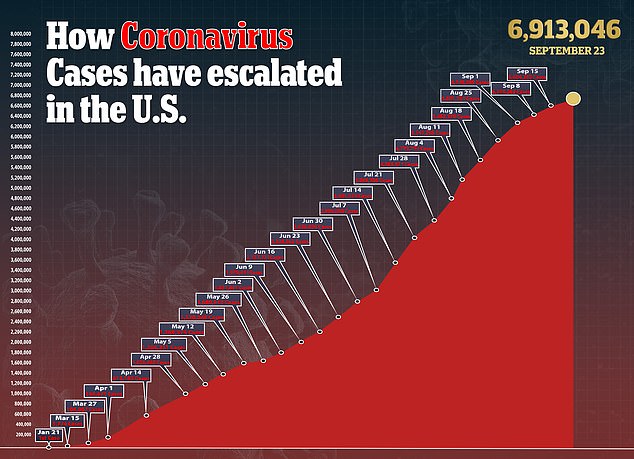