2021 is the year of records on the crypto market: the new all-time-high bitcoin,  with the rate reached a record $ 64,000, also led to the bull run on the altcoins market, so the world’s second-largest cryptocurrency in terms of capitalization, Ethereum, increased in price from the beginning of the year by more than 1400% and gradually approaching the “psychological mark” of 4 thousand USA dollars. Point Pay CEO Andrey Svyatov, who has put up 2 paintings for sale in the form of NFT tokens for 1 million USA Dollars say  NFT-tokens have become the new Rolex of the 21st century.

The approach to advertising the first cryptocurrency in the United States is very straightforward: banners with text are placed on billboards, the informational message of which boils down to stating the fact of dollar depreciation and offering bitcoin as the only guarantee of safety of funds. On buses more and more often there are proclamations like “if you see this message – it’s time to buy bitcoin”, etc.

One way or another, the prospect of easy money to the extreme whetted the financial “appetite” of a huge number of people, including those ones with significant sums. The crypto industry attracts them not only with potential profits, but also with the opportunity to amuse their vanity by joining one of the trendy crypto communities that unite holders of digital asset – many still perceive them as a kind of closed VIP clubs.

Perhaps it was due  to a hefty increase in demand for anything related to cryptocurrencies that a new trend began to gain in 2021 is NFT tokens.

NFT is an abbreviation for “non-fungible token”. If there is a loss, for example, of one bitcoin coin (by the way, BTC are interchangeable), then this will not have any significant effect on the network. Gradually, miners will generate new coins that will go into circulation.

“The investors behaviour, many of whom know firsthand about the huge profitability of investments in certain crypto assets, is quite natural. The desire to stand out, to show off something unique and outstanding in front of your fellow crypto enthusiasts creates a demand for rare non-fungible NFT tokens, can now be classified as a new class of virtual assets, ”says Andrey Svyatov, CEO of Point Pay.

NFT tokens are not something new themselves. So, in 2017, CryptoKitties entered the market, each of which had a unique color, shape of eyes, ears and mustaches. The most expensive “cat” with a unique “genotype” was sold at auction for 155k USA dollars. Users who “bred cats” on the blockchain earned quite real money on this seemingly stupid virtual game. They even managed to “drop” the still low-throughput Ethereum blockchain – too many transactions led to a sharp increase in fees within the blockchain.

Moreover, each CryptoKitty  was associated with the unique NFT-token of the ERC-721 standard. But there are other token standards of this kind: for example, ERC-1155 tokens can be issued in multiple copies, and ERC-988 is ideal for creating playable characters who own several in-game items.

“The approach has not changed much since then, but there is much more hype around this topic. NFT projects and marketplaces appear increasingly and  gaining more and more popularity. Usually, the sale of unique “things” takes place through an auction, at which the owner sets the starting price for the lot: whoever offers more will get it. One of the first and most popular marketplaces is the OpenSea blockchain auction, ”says CEO Point Pay.

Players are willing to pay to be able to play a unique NFT-character, dressed in exclusive “clothes” and possessing a unique “weapon”. A promising direction in the development of NFT gaming is interoperability, which allows usage of objects or a character in various game environments outside the game “sandbox” where character created.

There are enough exclusive items offline. If a person wants to sell collectible bottle of wine, designer tableware, exclusive clothing created by a famous fashion designer, or any other  – NFT tokens will perfectly cope with this task: the issuer can include information about the item being sold in the description of his token, available to be viewed in the blockchain explorer.

Fans are the staff of life of YouTube stars, streamers, and TikTokers. The ability to have a live chat with your idol or  one-on-one even is the ideal growth opportunity for NFTs. Despite the fact that these actions can be carried out without the “star” issuing their own NFT-tokens, they can become a kind of digital autograph with a limited supply. A fan will always be able to prove that he really discussed the rocket  launch to Mars with Elon Musk or had a voice message from Pavel Durov.

Every year, thousands of employers around the world are faced with the problem of forging diplomas by potential candidates for open positions, and these frauds are not immediately revealed. The problem of forging diplomas, certificates and other documents is easily solved by issuing NFT tokens that would keep the necessary information on the blockchain. In fact, the mechanism for this has already been developed and even debugged – all that remains is to introduce the tool into the education system and other related industries. Universities can once a year (and any other governmental entities – as needed) issue NFT tokens, where all identification data will be assigned.

Picasso and Rembrandt probably would have grown sad,  learning about the development of digital technologies, which led to the fact that artists now paint pictures not on canvases, and the masterpieces themselves are not created with a brush, but with the help of special computer programs. The demand for digital paintings is growing every year. Images of animals are especially popular. For example, a pixel monkey in a cap was sold in January 2021 for 140 ETH ($ 150,000 at the time of purchase). As the buyer himself admits, in this way he wanted to emphasize his status in the digital world. The same thing mentioned above – there is a clear analogy with membership in an VIP club.

“This twist of psychology can be explained by recalling the Rolex watches, which rich buy in order to emphasize their high social status and belonging to a certain circle. But how can this be done in the digital world? The answer is obvious -иthe purchased digital picture as an avatar, for example, on Twitter. Everyone using the blockchain will be able to check whether it really belongs to the account owner, – says CEO of Point Pay Andrey Svyatov – NFT tokens are a kind of Rolex of the 21st century: a prestigious “chip” that opens the way to a number of opportunities inaccessible to mere mortals ”.

By the way, the international cryptocurrency bank Point Pay itself has joined the hype regarding NFT tokens. At the moment, Andrey Svyatov, CEO of Point Pay, has put up 2 paintings for sale in the form of NFT tokens. He expects to receive 100 and 150 ETH for them – almost 1 million USD nowadays. The paintings depict Elon Musk. The paintings are called Elon Musk – The Bitcoin Godfather, respectively and Circle of Doge. Ingonyama nengw ‘enamabala. The paintings are exhibited at the Open Sea site. 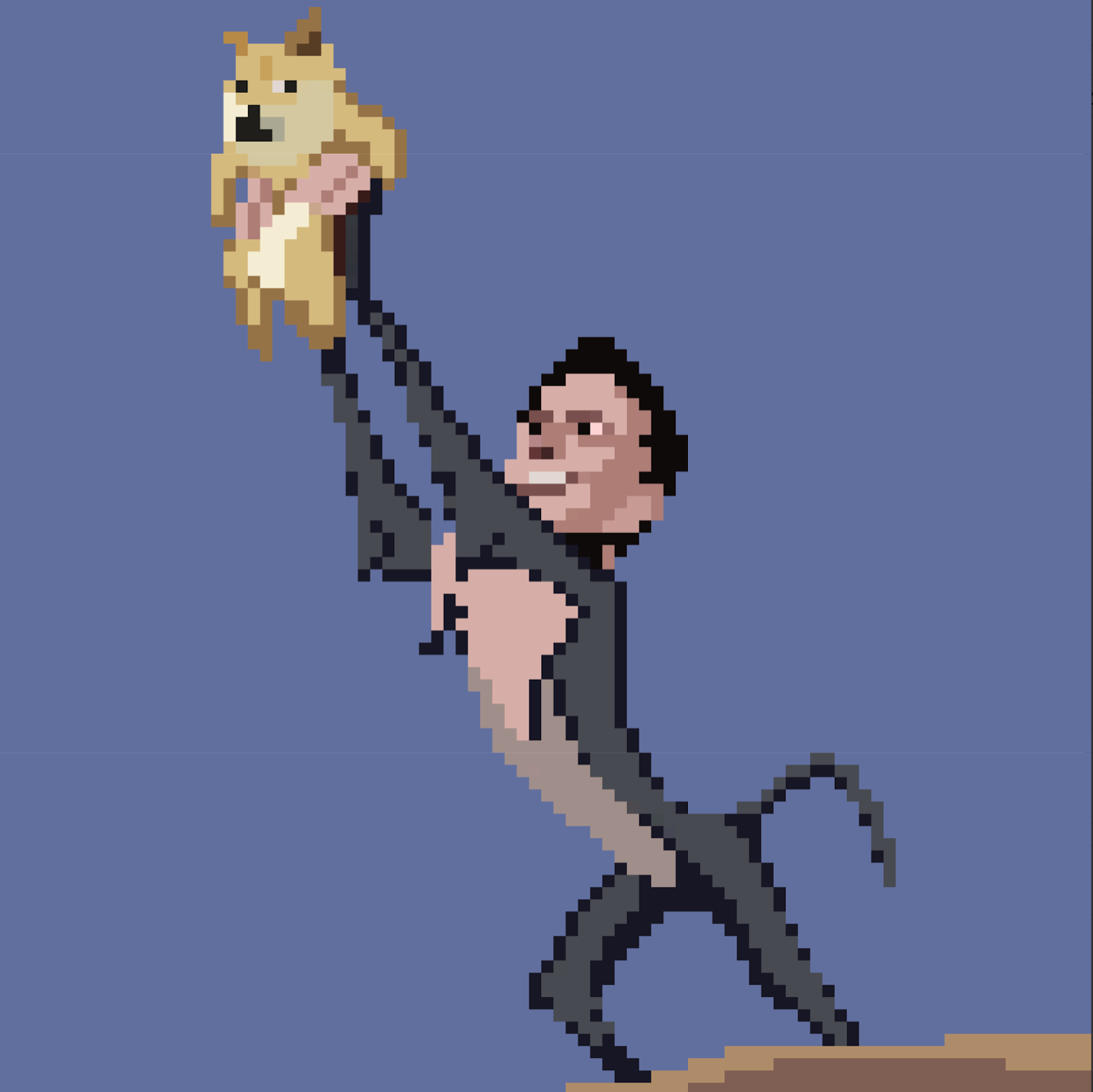