Champion jockey Lester Piggott, 84, puts 70 trophies from his 4,493 career wins up for auction

Champion jockey Lester Piggott, 84, puts 70 trophies from his 4,493 career wins up for auction to raise £80,000 to fund his retirement

Champion jockey Lester Piggott has put 70 trophies and personal items up for sale in the hopes of earning £80,000 to fund his retirement.

Mr Piggott, 84, was crowned champion jockey 11 times and is thought to be one of the greatest flat-racing riders of all time.

The racing icon put the lots up for auction after having a clear out, reported The Mirror.

Auctioneer Graham Budd said Mr Piggott had reached ‘that stage in his life where he has accumulated a wealth of stuff from his career and is sorting out what to keep and what to let go’.

Mr Piggott’s family have been involved in racing since the Victorian era and the 1963 Grand National trophy won by his father Keith, who trained winner Ayala, could be bought for £10,000.

His grandfather Ernie’s 1919 Grand National trophy should sell for around the same amount.

Mr Budd added: ‘There are nearly 70 items in the sale and the nice thing is this includes items from his family, which has been involved in racing since Victorian times, with his father, grandfather and great-grandfather. 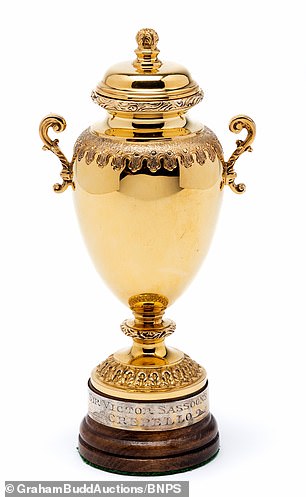 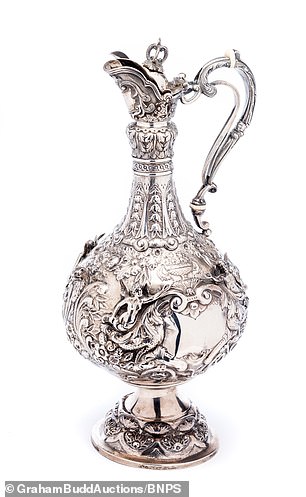 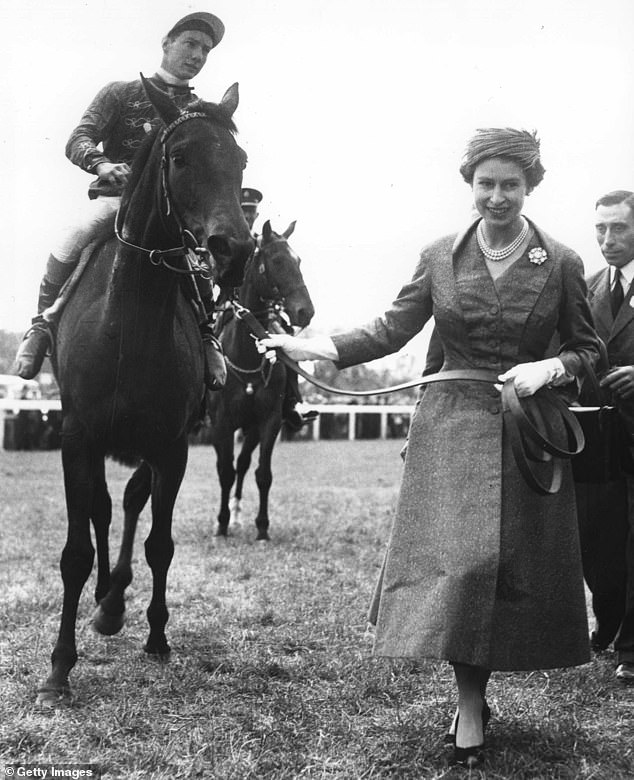 The Queen leads in her first classic winner, Carrozza, who won the oaks at Epsom with Mr Piggott as the jockey in 1957

‘I do not normally like to use the description but Lester is a living legend.’

Mr Piggott, known as the Longfellow because of his 5ft 8in frame, won two 1000 Guineas, five 2000 Guineas and nine Epsom Derbies during his career.

At the auction next month, Ascot Gold Cups from 1957 and 1963 will be sold alongside other awards from his 4,493 career wins. 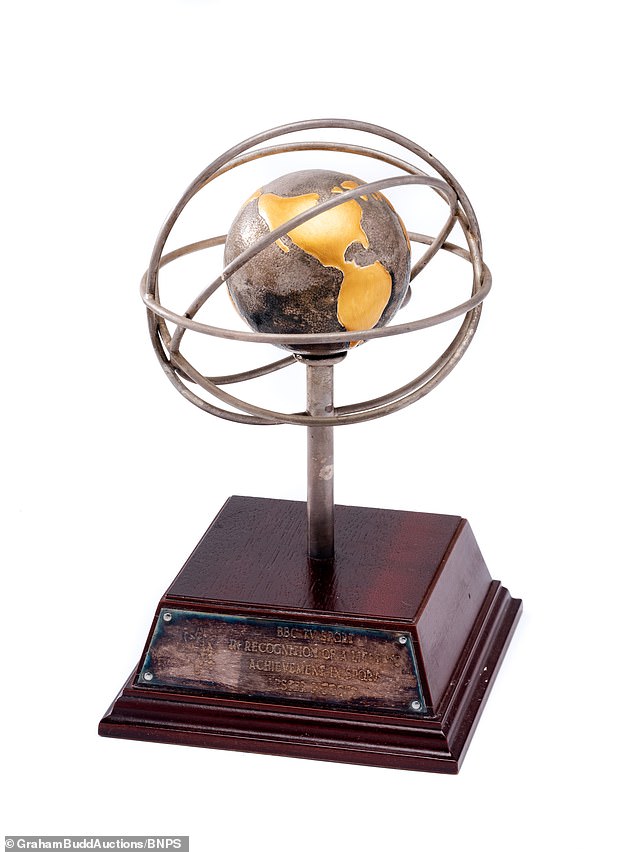 The Lifetime Achievement in Sport award presented by BBC TV Sport (pictured) has an estimate of £1,500 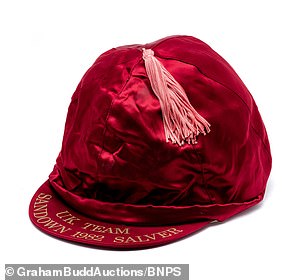 His racing goggles (left) may go for £150, while his UK Team jockey cap silk for the 1982 Sandown Salver jockey’s competition has an estimate of £150

The Lifetime Achievement in Sport award presented by BBC TV Sport has an estimate of £1,500 and his racing goggles may go for £150.

Mr Piggott moved to Switzerland with his partner Lady Barbara FitzGerald in 2012. He is still married to, but seperated from, his wife of 70 years Susan Armstrong.

The sale takes place on November 9 at Graham Budd Auctions in London.

Egypt is the fastest growing in the region .. These are the expectations of the economies of the Arab countries in 2021