Champions League.. Barcelona is looking for the first victory against Benfica 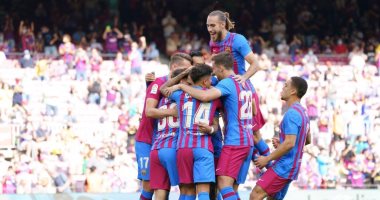 Barcelona is looking for its first victory in the Champions League for the current season 2021-2022, when it hosts Benfica, at nine o’clock this evening, at Al-Nour Stadium in the second round of Group E of the group stage of the 2021-2022 season.

Barcelona is at the bottom of the Champions League group E table, without any points, after it opened its campaign by falling 3-0 to Bayern Munich at the Camp Nou.

Fight cancer from your diet.. 5 foods to avoid for prevention

Fight cancer from your diet.. 5 foods to avoid for prevention