Champions League: Cristiano Ronaldo will find out today if he can face Barcelona and Lionel Messi


Cristiano Ronaldo will find out TODAY if his desperate late bid to return to face Barcelona and Lionel Messi has been successful – with his final coronavirus test result due, which could release him from quarantine

Juventus star Cristiano Ronaldo is expected to find out today whether he can face rival Lionel Messi in the Champions League.

Ronaldo has been self-isolating at home since he tested positive for coronavirus while away on international duty with Portugal on October 13.

The 35-year-old recorded another positive result last Thursday, throwing into doubt his participation in Juventus’ Champions League opener with Barcelona this week.

However Ronaldo is set to find out if his late bid to return in time for Wednesday’s tie has been successful with his latest Covid-19 test result due later.

A negative result would mean his quarantine period is over and as long as the result has come back within 24 hours of the kick-off, so 8pm on Tuesday night, he will be able to play.

‘As far as Cristiano Ronaldo is concerned, there has been no news. We await the results of the swabs,’ Juve boss Andrea Pirlo said on Saturday.

‘We did them this morning. He underwent the test at his home and if there is new news it will be communicated.’ 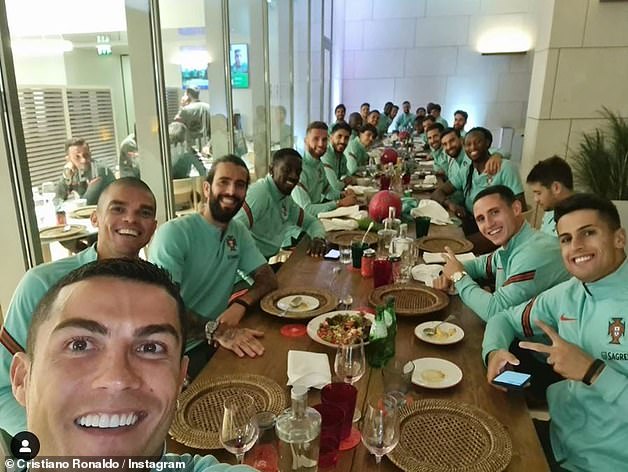