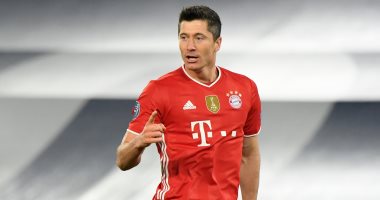 Bayern Munich is a heavy guest against Barcelona, ​​this evening, Tuesday, at the Camp Nou, in the framework of the first round of the group stage of the Champions League. .

The list announced by coach Julian Nagelsmann witnessed surprises of the caliber, in the presence of Serge Gnabry, who missed today’s training and trained alone, along with the trio Robert Lewandowski, Marcel Sabitzer, and Kingsley Coman, who suffered injury in recent days..

Julian Nagelsmann will miss midfielder Corentin Tolisso due to an injury.

According to the official UEFA website, the expected line-up for Bayern Munich against Barcelona is as follows:

The Spanish teams Barcelona and Bayern Munich collide at exactly nine o’clock this evening, Tuesday, at the “Camp Nou” stadium, the stronghold of the Catalan team, in a fiery confrontation in the fifth group matches of the group stage of the European Champions League for the current season 2021/2022.

The Champions League .. The history of the confrontations between Barcelona and Bayern Munich

Cardano Price Showing Signs of Recovery! Will ADA Price Have a Strong Bounce Back? 2021