Coinciding with the battles of Paris Saint-Germain in the Champions League, the French team officials returned again to convince Kylian Mbappe to renew his contract, which expired next June, to try to cut off the road for Real Madrid to include the French star.

Kylian Mbappe insists on leaving Paris Saint-Germain and joining Real Madrid after the end of his contract next June, after the French capital club’s management refused his departure last summer.

And according to the Spanish newspaper “AS”, the Paris Saint-Germain administration offered Kylian Mbappe a net annual salary of 45 million euros, to convince him to renew his contract with PSG. 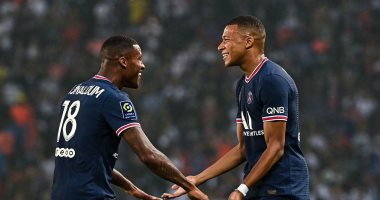 Real Madrid had pushed hard to complete the Paris Saint-Germain star Kylian Mbappe deal last summer, offering 160 million euros, then 170 million euros, in addition to an additional 10 million euros to settle the deal, but the French capital club rejected the two offers from the royal.

Real Madrid is confident that Kylian Mbappe will join the ranks of the Royal at the end of the current season, especially since the latter is sticking to wearing the Meringue shirt.

It is expected that Mbappe will lead Paris Saint-Germain, France, against Manchester City, England, in the confrontation scheduled for it at exactly nine o’clock on Tuesday evening, at the “Park of the Princes”, in the top of the second round of competitions for the group stage of the European Champions League competition in the current season 2021-2022.

And the global “Ho Score” website published the expected line-up for the Paris Saint-Germain summit against Manchester City, and it came as follows: