Referees know that they will be overturning their decision as soon as they are asked via radio to check the VAR pitchside monitor, a Champions League official has claimed.

This season the concept of the ref heading over to personally consult the monitor was finally introduced to English football, after being used on the continent and in the Champions League.

Throughout the season so far the monitors have courted controversy, with officials consistently changing their minds when called to the screen. 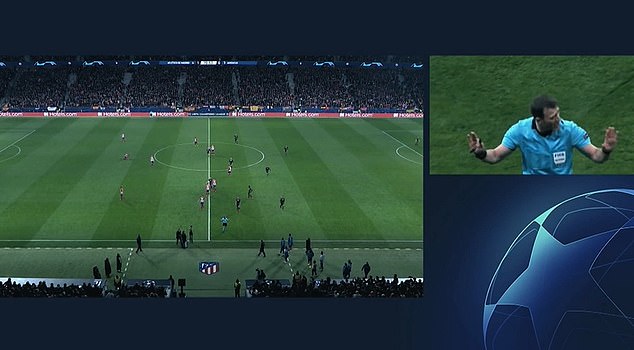 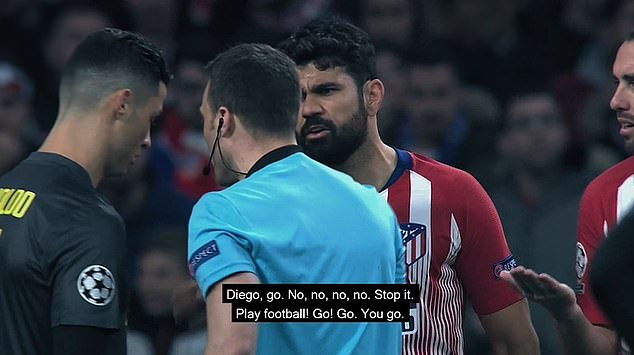 Felix Zwayer took charge of Atletico vs Juventus, and knew he would have to rule out an Alvaro Morata goal after his VAR team signaled him to the monitor, meaning they had ‘evidence’

Such regularities prompted pundit Jamie Carragher to identify this as a trend, and now an elite level referee has all but confirmed this thinking.

Felix Zwayer, a top tier UEFA ref who regularly takes charge of Champions League showdowns, shed light on the subject when recounting his experience two seasons ago when taking charge of Atletico Madrid versus Juventus.

Zwayer was the man with the whistle inside the Wanda Metropolitano, when a thumping Alvaro Morata header was brought under the spotlight by VAR, after a potential shove was seen in the area. 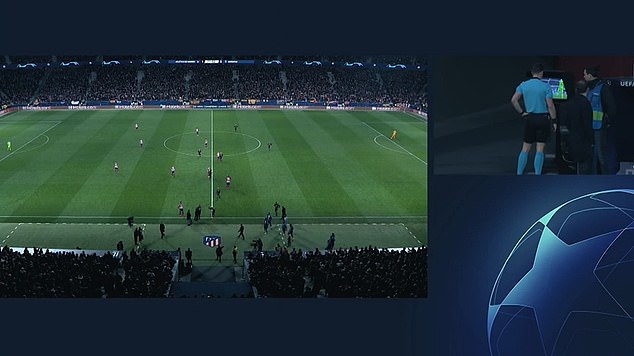 Zwayer looked at the monitor under huge pressure, before going on to overturn Morata’s goal 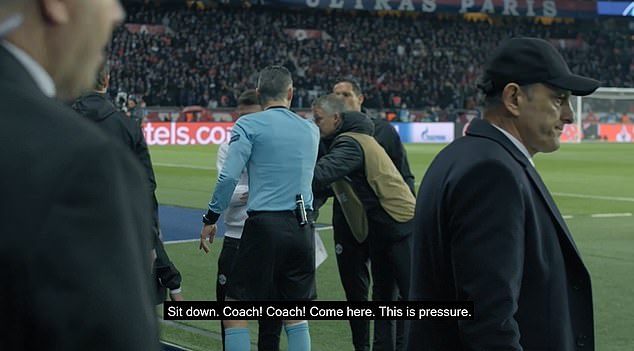 Speaking in the UEFA Documentary series ‘Man in the Middle,’ Zwayer recounted: ‘They called me for an on-screen review and at this moment I already knew I would have to cancel the goal because they have evidence.

‘I am working with my VARs for a long time, they would only call me if they have evidence and I need to change a situation.

‘So, It’s not about that they are taking a decision but I know that if I go if front of the monitor there will be something which will change my mind.’

In the documentary the pressures and high stakes of VAR decisions are shown clearly to the viewer, with previously unseen footage showing the events during Manchester United’s heroic victory against PSG in Paris, during the early stages of Ole Gunnar Solskjaer’s reign. 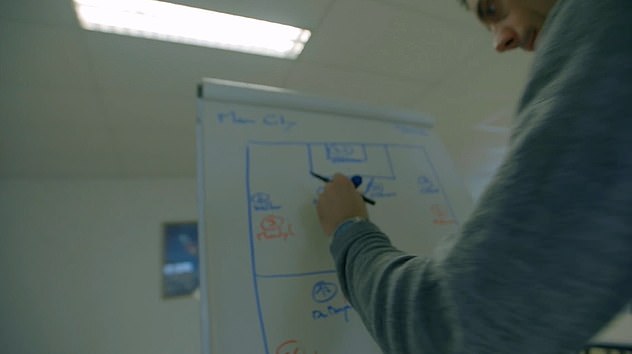 Some referees go to huge lengths with their preparation, including team tactics and set-ups

A late penalty was awarded to United, which referee Damir Skomina had to check on the pitchside monitor before confirming Marcus Rashford could indeed step up to take it. Rashford hammered the spot ick home, and United progressed against the odds as a result.

The clip shows Skomina surrounded at the monitor by players and coaches from both United and PSG, before trying to hastily wave them away. Clearly he can be seen gesturing for Ole Gunnar Solskjaer to remove his staff members, saying: ‘Coach, Coach! This is pressure.’

Outlining how refs feel in these situation another, Clement Turpin, told the documentary: ‘You have to been aware of the information received from the VAR and be focused on it. You have to be aware of your body language, at this moment all the people in the stadium and all the cameras are on you. 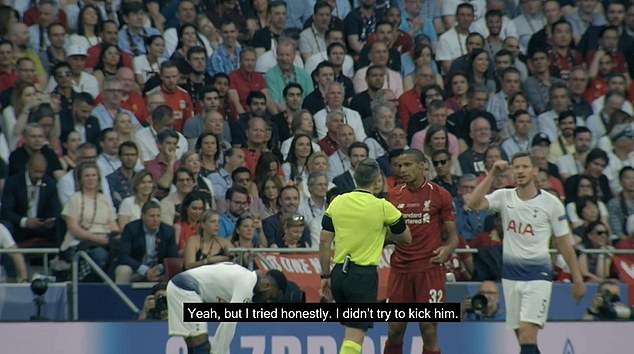 Footage covers all the huge Champions League games from 2018-19, including the final 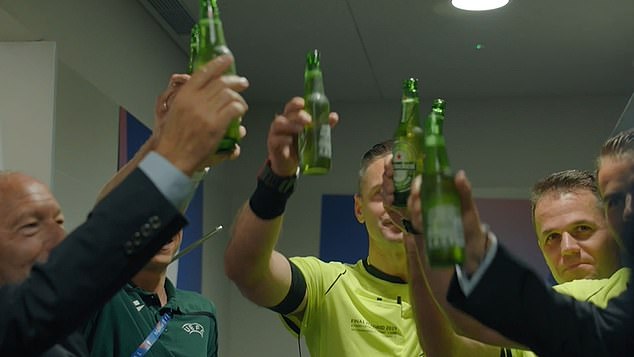 ‘So, important to be focused on the communications but also to be aware of the message that you give in this moment. Calm, confident, in control.’

A total of 16 refs are involved in the documentary, which UEFA are releasing as a free-to-air four-part series giving unprecedented access to referees, releasing microphone recordings of their heated conversations with players in the biggest Champions League matches.

Fans are offered a unique insight, with one segment even showing how relieved officials celebrate together in the changing room after high pressure European ties, clinking bottles of beer to celebrate a successful night’s work.