CHAMPIONSHIP ROUND-UP: Hughton can only manage a point on his home debut with Forest

CHAMPIONSHIP ROUND-UP: Chris Hughton can only manage a point on his home debut with Nottingham Forest as Bristol City slip up against Middlesbrough

New Nottingham Forest manager Chris Hughton was rocked after 51 minutes of his home debut when Rotherham took the lead.

Cyrus Christie brought down Billy Jones and Daniel Barlaser drove in the penalty. Forest had a last-gasp win at Blackburn in Hughton’s first match and levelled on 79 minutes through Sammy Ameobi. 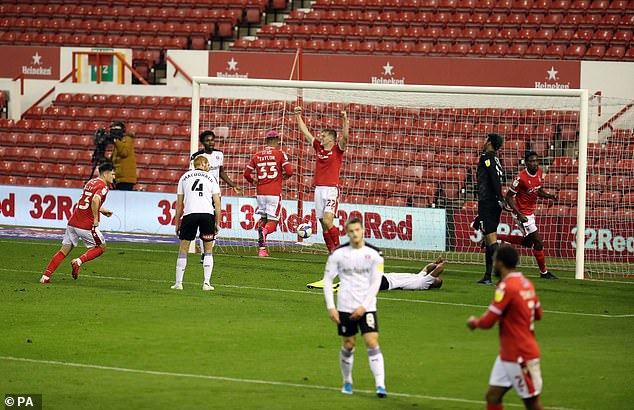 Nottingham Forest levelled on 79 minutes through Sammy Ameobi against Rotherham

Luton’s Martin Cranie put the ball in his own net at Millwall in first half added time and Connor Mahoney drove in the Lions’ second.

Birmingham suffered late on at Norwich when Adam Clayton was sent off for a second yellow and Mario Vrancic hit a winner for the Canaries. 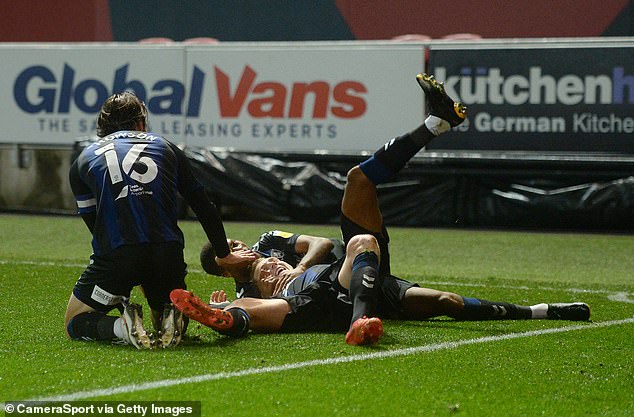 ‘Cost of removing cladding is ripping our lives apart’

'Cost of removing cladding is ripping our lives apart'