At least 27 UK-bound migrants have drowned in the deadliest ever incident on the Channel after their boat capsized off Calais today, just hours after French police were pictured standing by and watching as dinghies were launched from the coast.

Tragedy struck shortly after 2pm Wednesday when an ‘overloaded’ boat capsized in rough seas amid rain and cold weather and was found by fishermen, with three coastguard vessels and a helicopter rushed to the scene.

The deaths mark a grim record for the biggest single-day loss of life for migrant crossings in the Channel, with the previous record believed to be a family of five Kurdish-Iranians who drowned in October last year.

Downing Street said Boris Johnson would be chairing an emergency Cobra meeting this afternoon amid anger from Tory MPs over soaring numbers of migrant crossings from France.

Just hours before the accident, pictures taken on a beach near Wimereux, a few miles north of Boulogne-sur-Mer, showed a group of 40 migrants pushing dinghies out to sea watched by police who seemingly did nothing to stop them. The boats were later pictured arriving in the UK, meaning they are not the same as the one that capsized.

‘This is an absolute tragedy. It underlines why saving lives at sea starts by stopping the boats entering the water in the first place,’ the Tory MP said.

‘As Winter is approaching the seas will get rougher, the water colder, the risk of even more lives tragically being lost greater. That’s why stopping these dangerous crossings is the humanitarian and right thing to do.’ 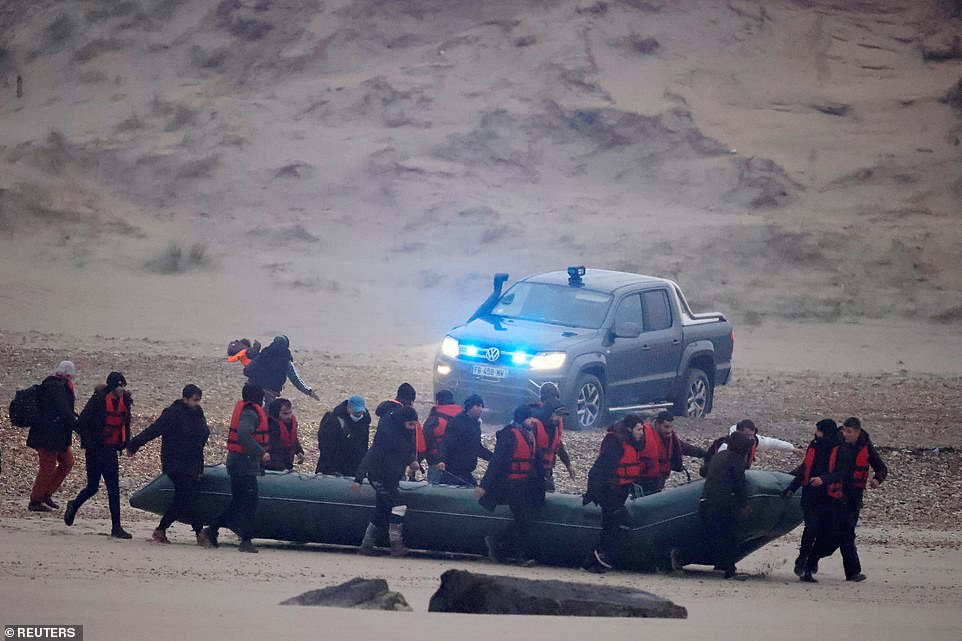 At least27 migrants have drowned in the Channel attempting to cross from France to the UK, just hours after a different group of 40 migrants were pictured launching dinghies from the French coast watched by police 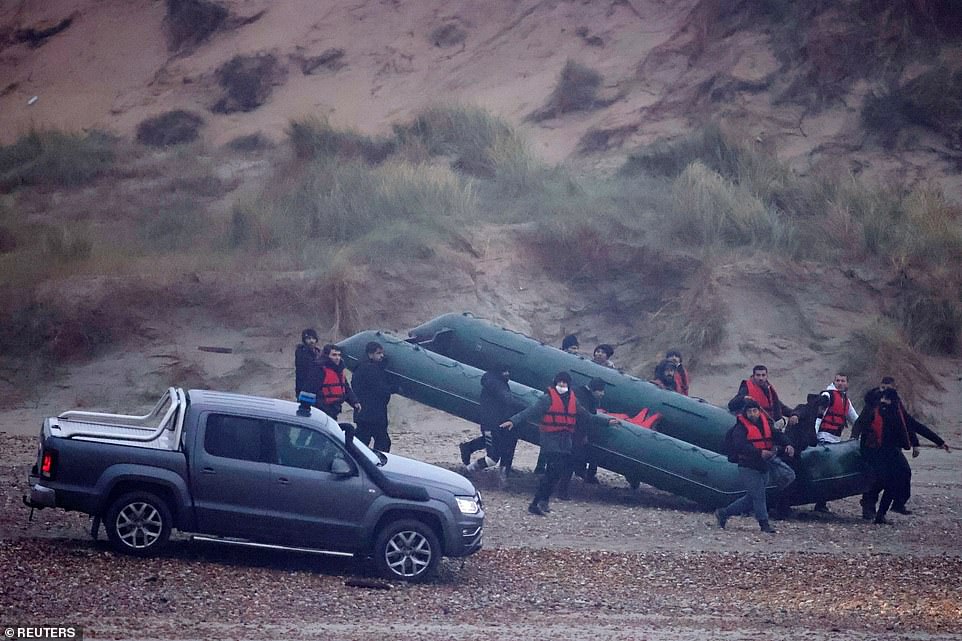 The migrants, including at least five children, were spotted going into the water from a beach just a few miles north of Boulogne-sur-Mer, in the early hours of the morning 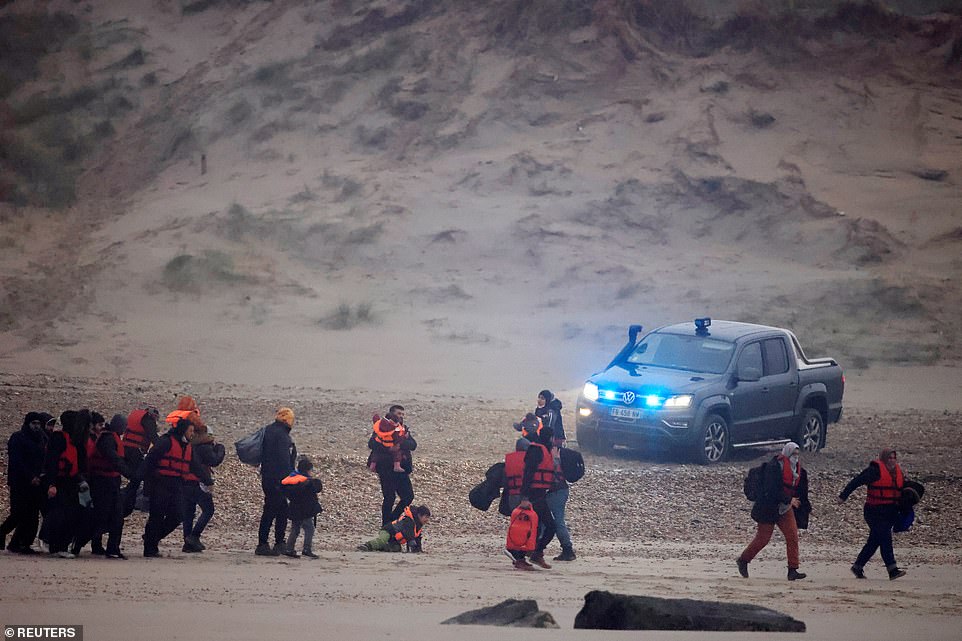 Yards away was a French police car with at least two cops inside who appeared to do nothing, despite Emmanuel Macron’s government yesterday vowing that forces would be in action 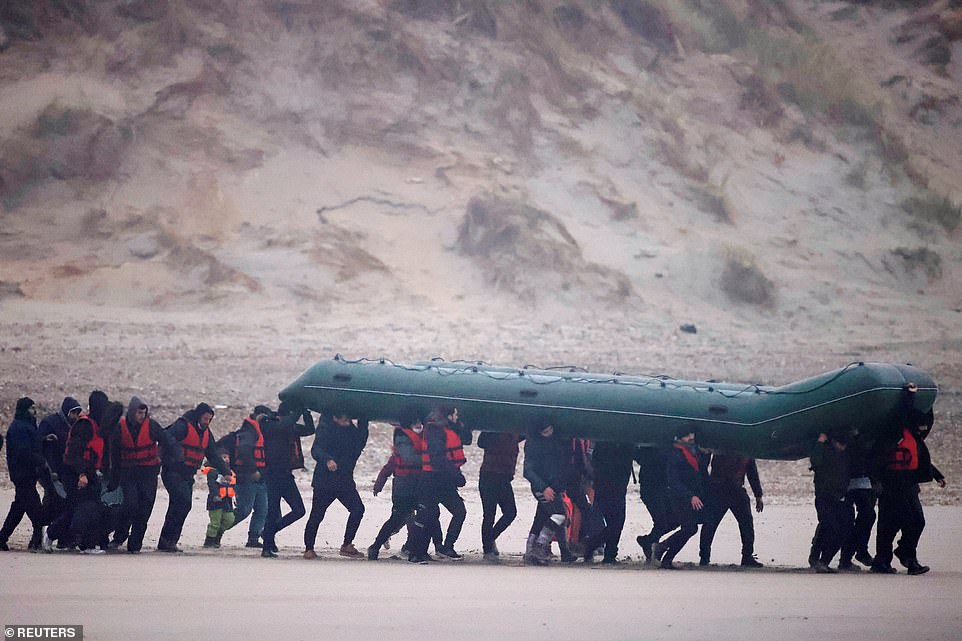 More than 4,000 migrants have made the journey in November so-far, the most ever in a single month, and the surge shows no sign of slowing down 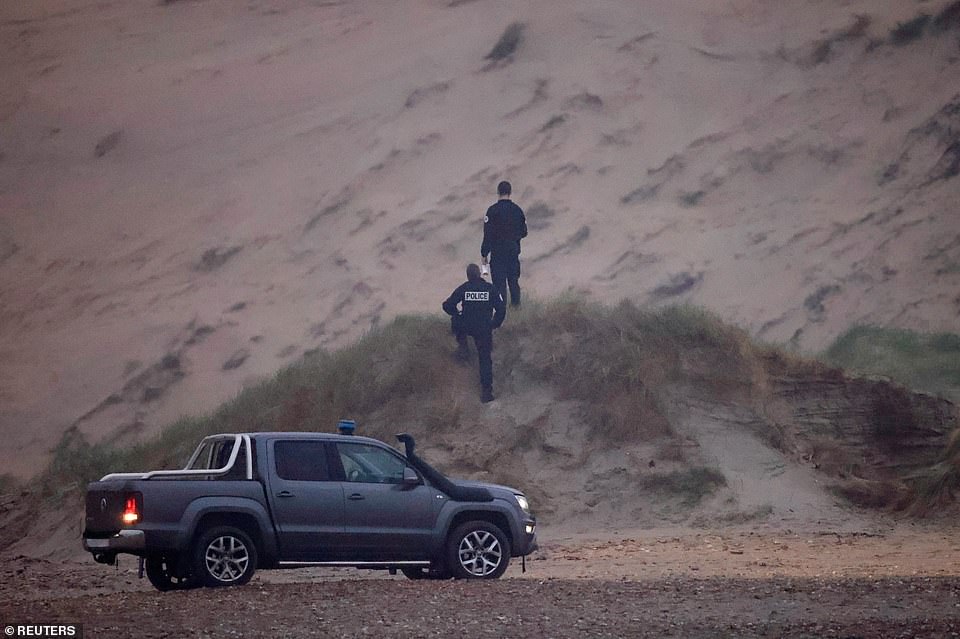 The vow came after the French government was challenged to explain how exactly £9million handed over by Britain this summer as part of a £54million package had been spent, as crossings soared

Officers apparently made no attempt to stop the group, which included at least five children, despite the French government vowing a crackdown just yesterday.

The vow was made as the French attempted to explain how £9million of British money, part of a £54million deal to stop the migrants, has been spent as crossing soared to record levels.

Fellow Kent MP Craig Mackinlay told MailOnline: ‘Promises by the French authorities to do all they can to prevent beach launchings are beyond wearing thin.

‘The French have refused on-site help from UK Border Force and troops, they refuse to implement their own EU obligations under the Dublin Accords, they refuse to manage the pull factor of the Pas de Calais region.

‘Their agenda, in advance of their Presidential elections, is now obvious – to destabilise British politics and are now straying into breaches of international border agreements.

‘Whilst we could obviously do more domestically to speed up deportations, the true blame for this crisis must be directed to wilful failures across the channel.’

It comes against the backdrop of worsening relations between the UK and France over post-Brexit fishing licences in the Channel, and the AUKUS submarine pact with saw Australia tear up a billion-dollar French contract in favour of signing a new deal with Britain and America.

More than 4,000 have made the journey in November so-far, the most ever in a single month, and the surge shows no sign of slowing down.

French officials revealed details for the first time of how they have spent £9million from the British taxpayer, agreed as part of a £54million deal in the summer.

A spokesman for the interior ministry said: ‘More than 100 mobile vehicles are being delivered on the ground for patrols and arrests, with equipment adapted to the specific nature of the terrain.’ 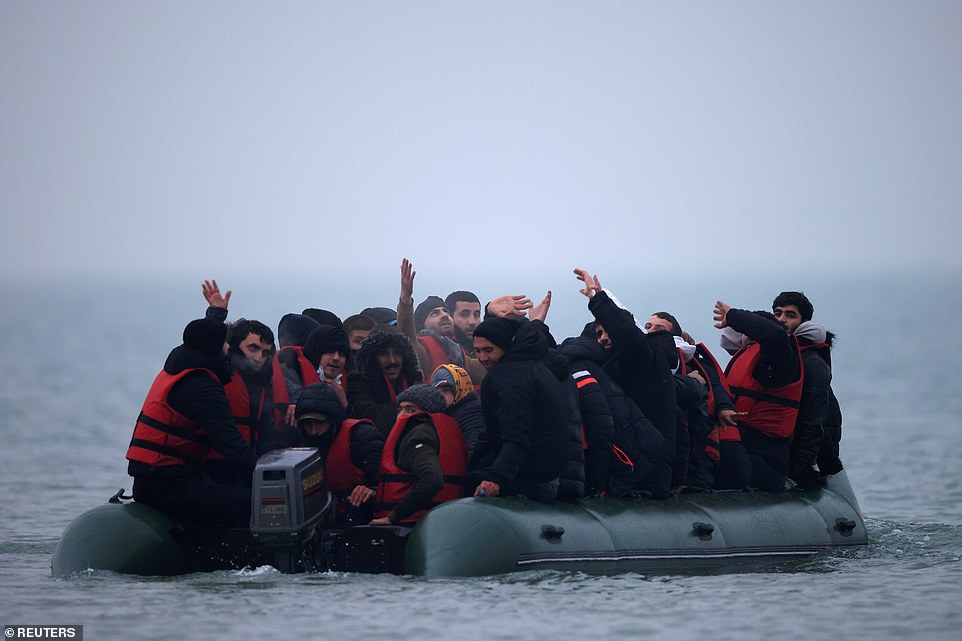 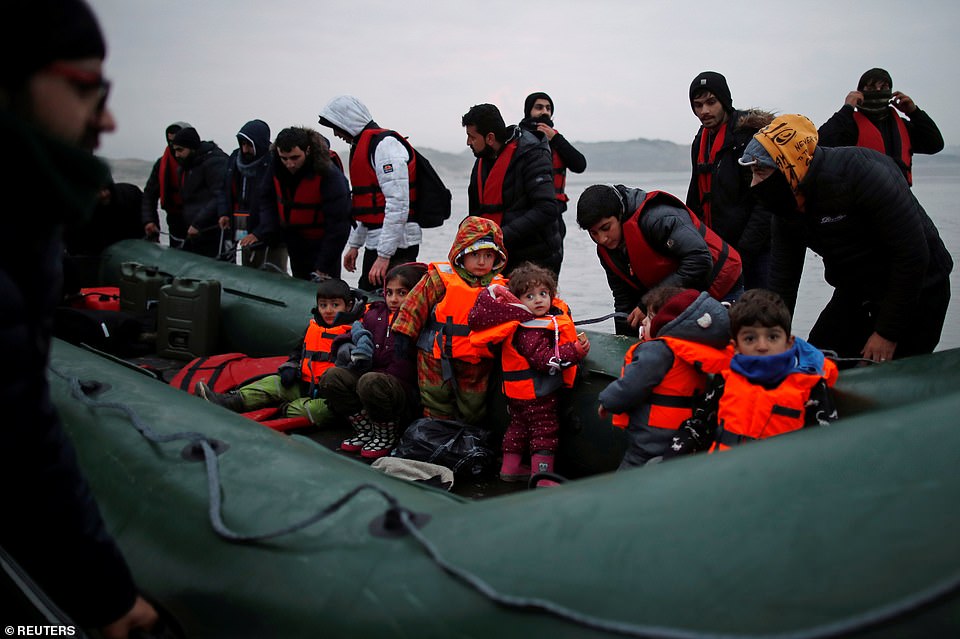 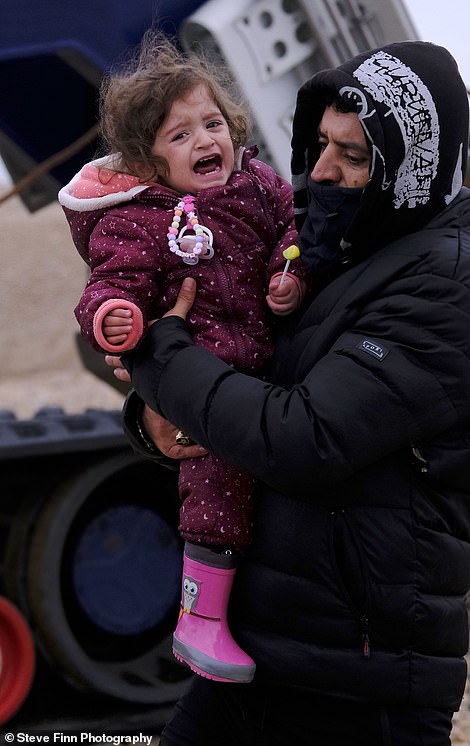 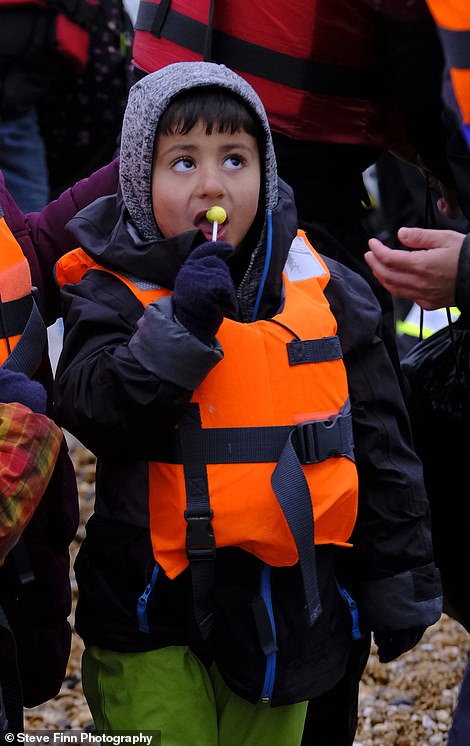 The same children were pictured arriving in the UK several hours later, meaning they were not among the group that died 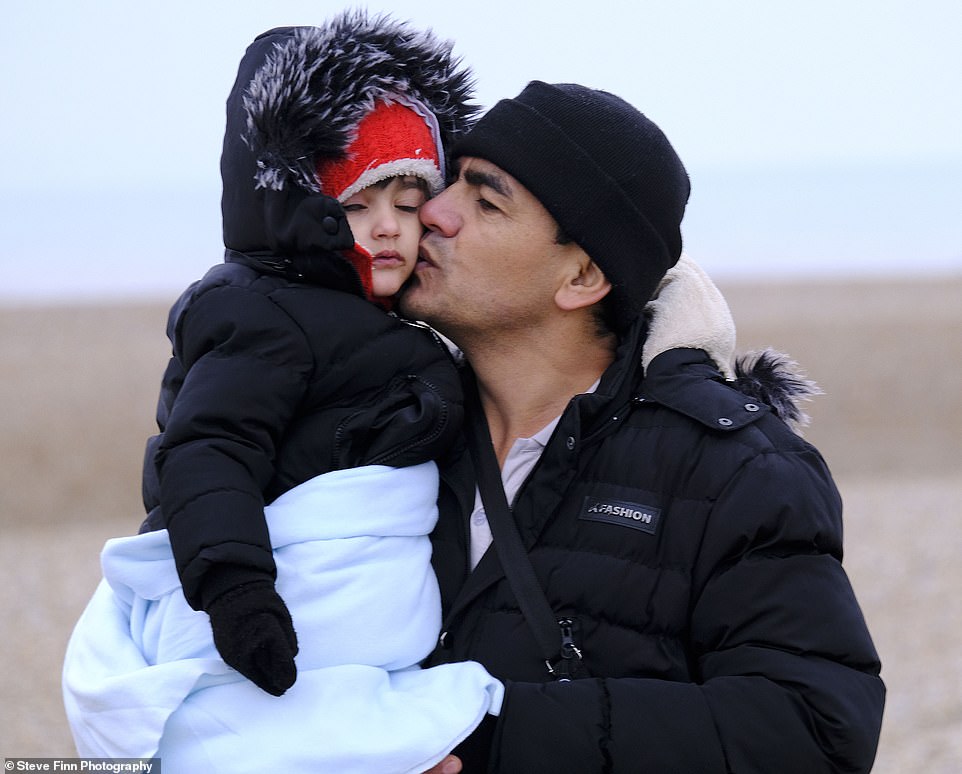 A father kisses his child as the pair arrive in the UK following a dangerous crossing of the Channel, just hours before a boat capsized and dozens of people drowned 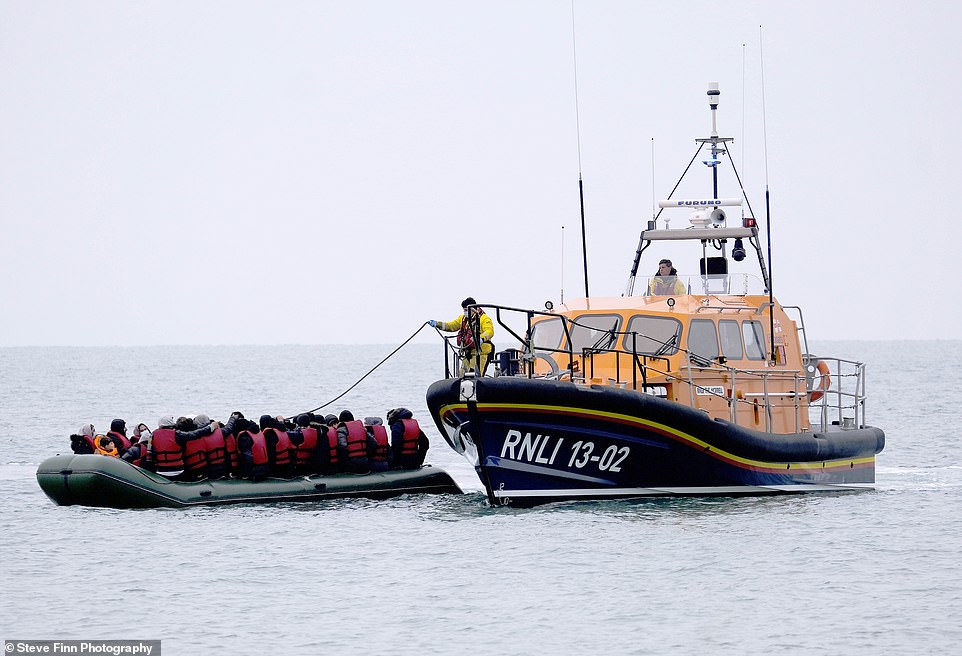 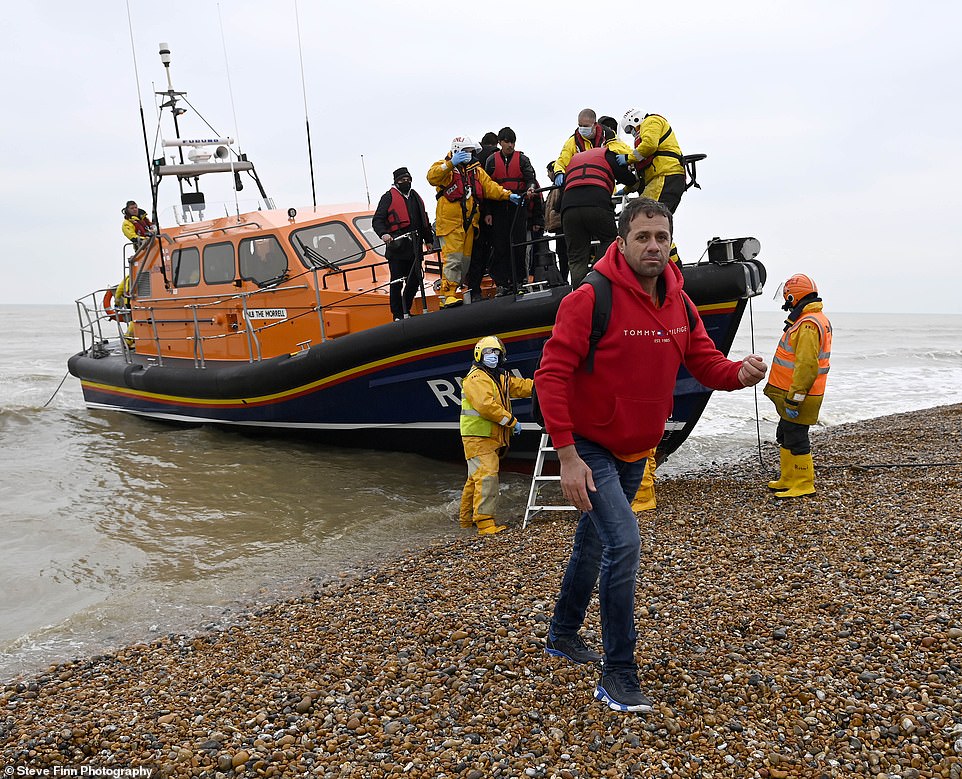 British MPs accused the French of ‘wilfully’ failing to stop the migrants, amid a backdrop of political in-fighting over post-Brexit fishing licences and a submarine pact with the UK and Australia

Specialist kit would include quad bikes, 4x4s, rigid-hulled boats and ‘vehicles equipped with sophisticated monitoring and detection equipment’. The spokesman said: ‘Twenty vehicles have already been delivered and are being used by the forces on a daily basis. The others will arrive in December and over the course of 2022.’

But the French did not announce any extra personnel.

During the last major Channel surge – which saw the ‘Jungle’ camp spring up near Calais in 2015 – France sent in 3,500 officers from its mobile police unit, the CRS. Just a couple of hundred reservist gendarmes are currently deployed.

UK officials believe the shortfall has left the French struggling to deal with the massive numbers pushed through by organised crime gangs.

Reminiscent of the defensive line built in the 1930s to deter a German invasion, named after France’s minister of war Andre Maginot, the equipment will be used to ‘secure the coastal strip stretching for more than 130km [100 miles], from the Dunkirk area to the Bay of the Somme’.

The spokesman added: ‘As part of the fight against illegal immigration along the Channel coast, and in order to safeguard the lives of people often in distress, the ministry of the interior is deploying its security forces day and night to monitor the coastline, prevent makeshift boats from leaving for Britain, and arrest people smugglers.’

A British government source said: ‘We are pleased that the French are now doing this work to help reduce these despicable crossings.’

Last week Home Secretary Priti Patel blamed the EU’s free movement policy for allowing thousands of migrants to sweep across the Continent to France and urged a cross-Europe attempt to tackle the problem.

However, France has rejected British proposals to allow UK officers to work on the other side of the Channel to detect people-smuggling operations.

Six out of ten migrants arrive in France only on the day they attempt to cross – arriving from Belgium and the Netherlands. 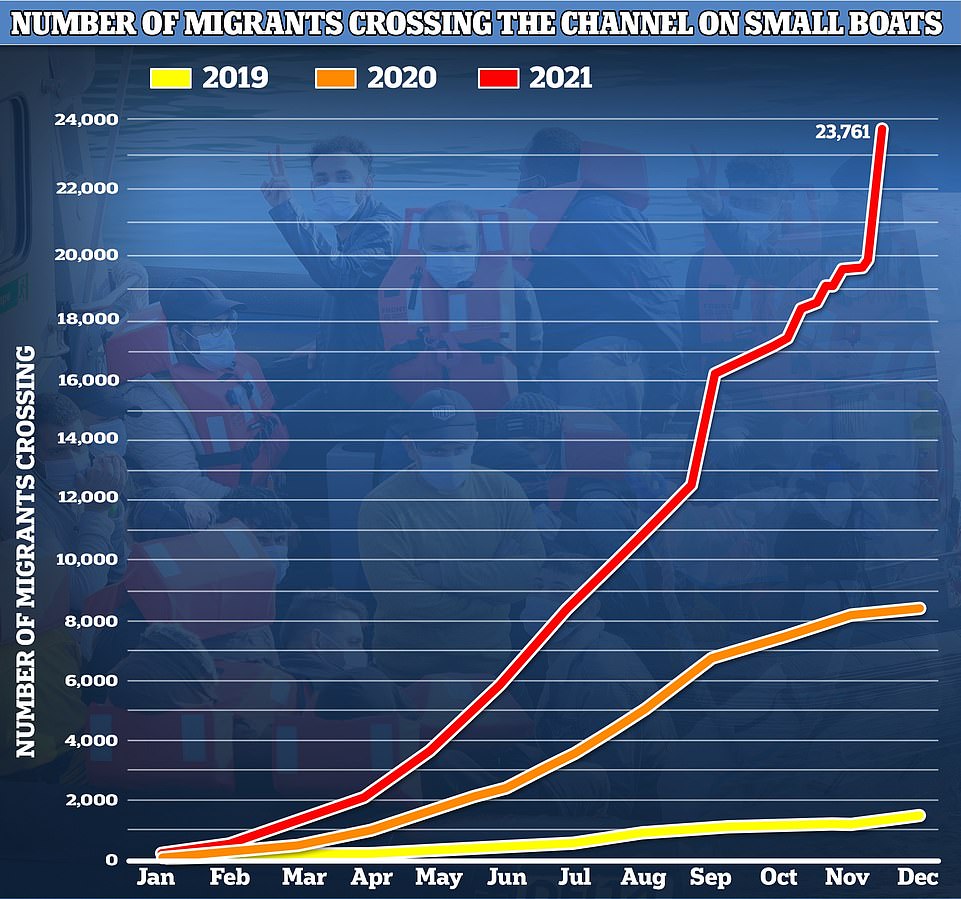 The new arrivals bring the total number to have made it to the UK this month to 4,019, exceeding the previous record of 3,879 in September. This year’s total is now a record-breaking 23,761 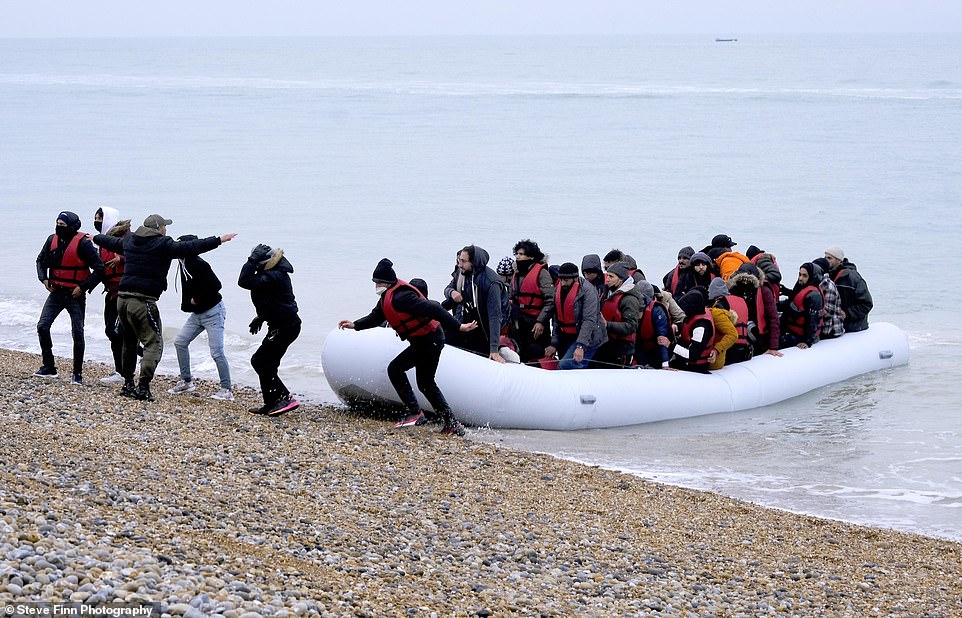 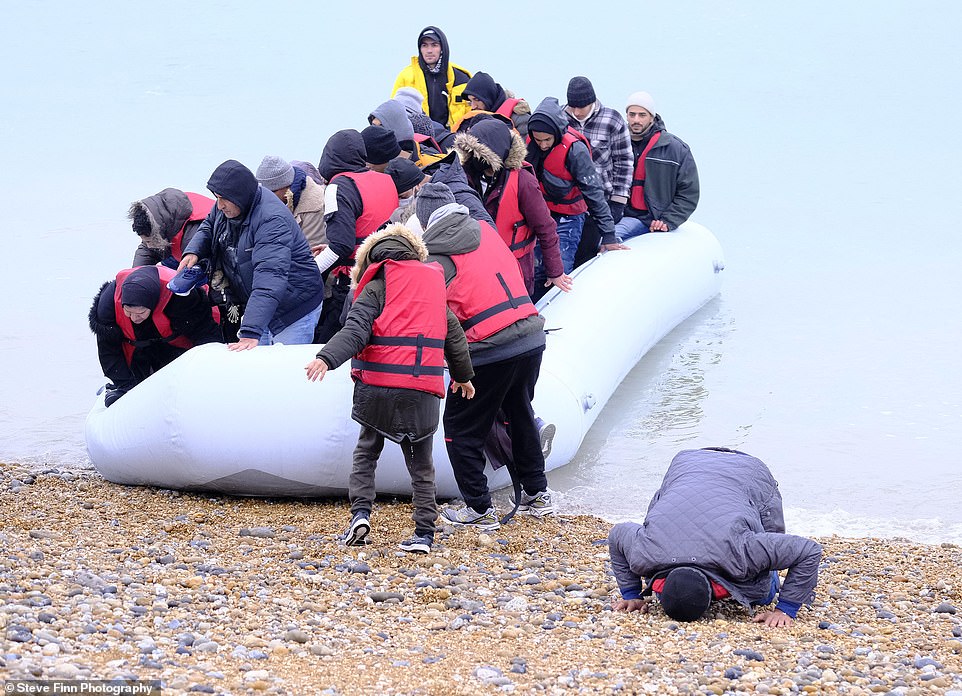 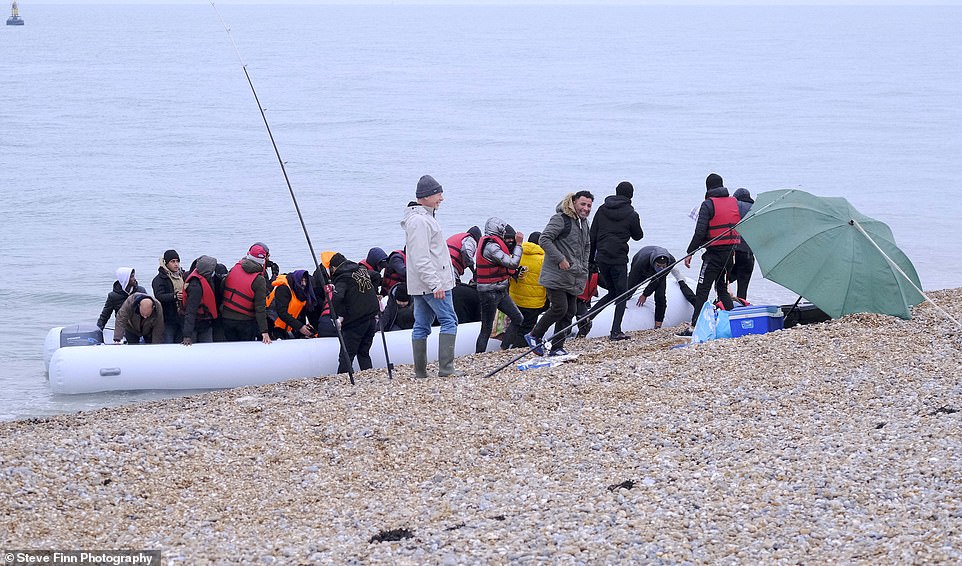 Fishermen on the British coast are surprised by the sudden arrival of migrants, having sailed over from France