There is a heavy police presence in Melbourne as a number of anti-vaxxers and anti-lockdown protesters descend on the city.

It didn’t take long for tensions to escalate, with reports of multiple arrests just after midday in the CBD on Flinders St.

Dozens of police officers are now based at vaccination hubs at the Royal Exhibition Building, Sandown Racecourse and the Melbourne Showgrounds.

Ominously, some protestors have declared they will cause ‘widespread chaos.’ 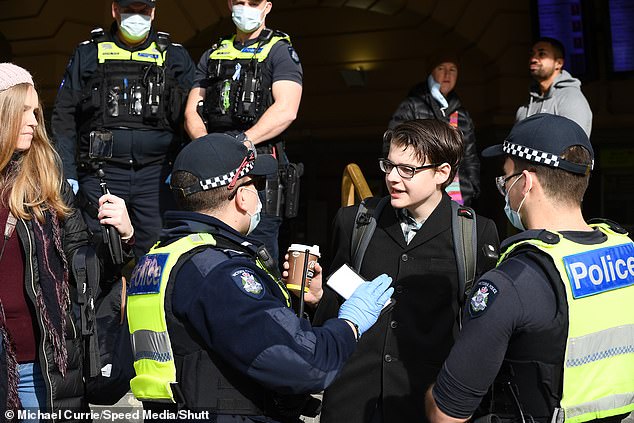 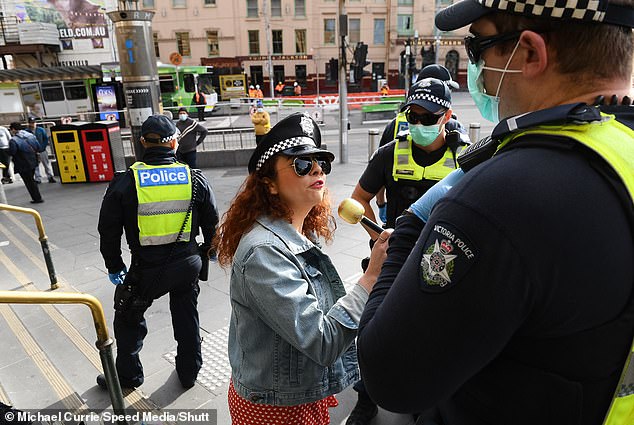 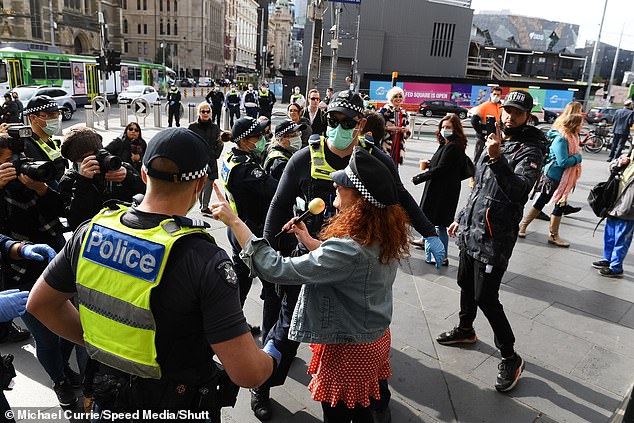 Moments before her arrest, a woman (pictured) was seen arguing with police in Melbourne’s CBD 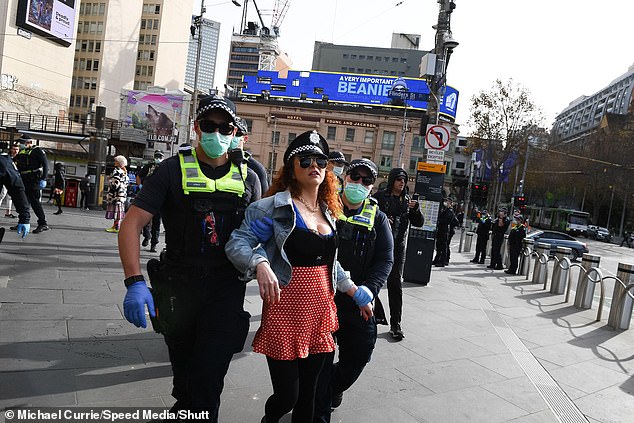 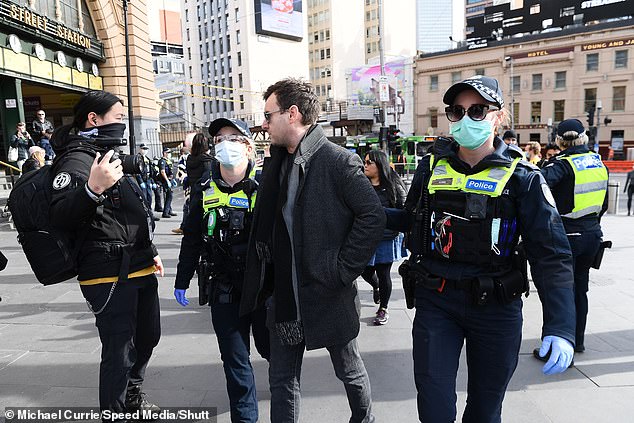 Victoria Police Deputy Commissioner Rick Nugent confirmed officers will be out in force.

‘People will be issued fines or arrested depending on the behaviour. All I ask is please don’t bother, don’t turn up, you’re going to be arrested,’ he said.

‘Police will respond to all breaches of imposed directives, as we have been doing all the way.’

Carly Soderstrom, who spoke at the protest, said she wanted to represent struggling small businesses in a peaceful fashion.

‘We are not being heard on social media or by our local members so (today) we wanted to have our voices heard,’ she said.

Last week, police made 14 arrests during protests, with a further 55 attendees issued fines of $1652 each in Melbourne.

Today’s development come as Victoria’s chief health officer Brett Sutton called out anti-vaxxers planning to protest at vaccination hubs, warning them to not disrupt people trying to get the jab.

‘I understand there might be some anti-vaccination protests plan today which is usually an fortunate that there is that sentiment in anyone,’ he said at Saturday’s press conference.

‘I recognise they represent a small minority, and a vaccine is not mandated.

‘As an individual, you are freed not to get it if you don’t want to get it for yourself.

‘I still find some discomfort with that because we all need to be protected with a height vaccination coverage, but it is your choice.

‘But do not get in the way of all of  those Victorians who are trying to come and get vaccinated today and every other day.’ 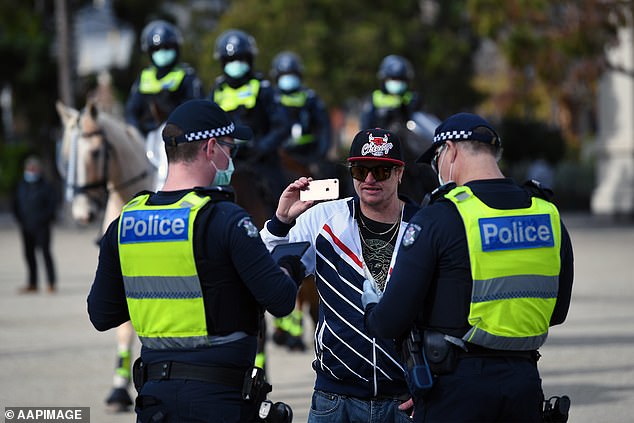 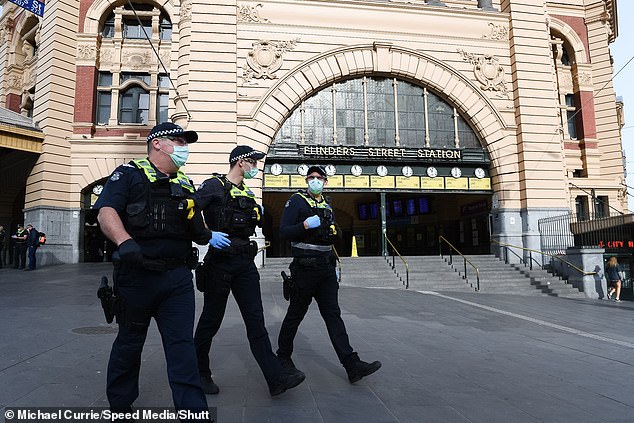 Police (pictured) after a snap protest was called on Friday night by a group of business owners, who are unhappy with the governments management of the current outbreak in Melbourne 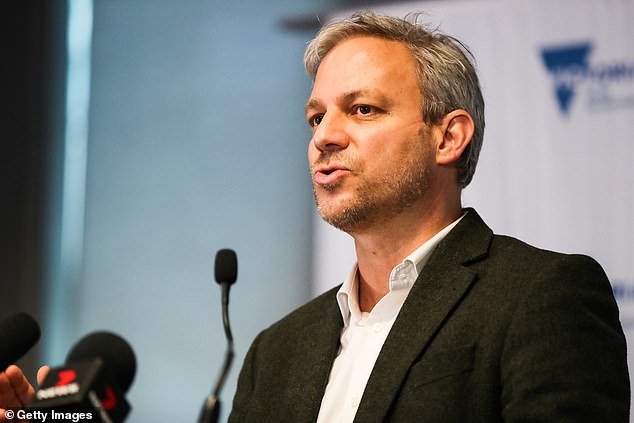 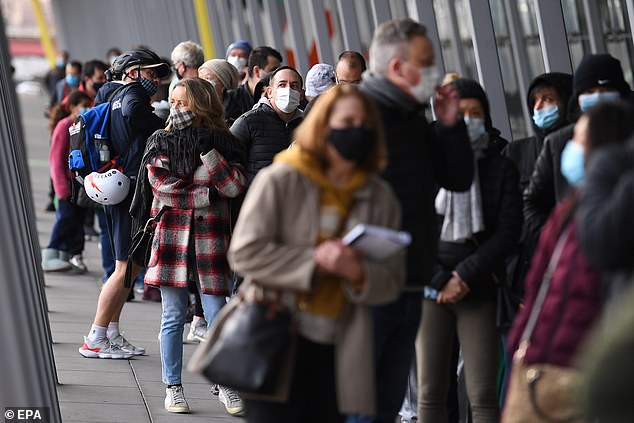 Pounding snow, a month's rain in two days, VERY chilly temperatures - here's the forecast near you

The Libyan government … hopes and challenges