A man was allegedly stabbed multiple times in front of shocked diners while eating breakfast at a popular Melbourne cafe.

Witnesses claim two men were having breakfast together at Staple Providore & Cafe in St Kilda when a fight allegedly broke out over a woman.

Nearby business owners and bystanders rushed to the aid of the victim after hearing the commotion.

Police and paramedics rushed to Fitzroy Street in the seaside suburb about 10am on Sunday and found the man severely injured. 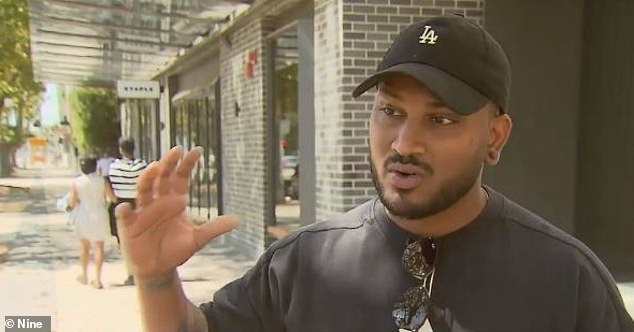 ‘All I heard was screams, I went straight there, called the cops and ambulance and was trying to help out,’ nearby barber Baki Baskar told Seven News.

‘One of the guys was holding a tissue to his throat as there was a lot of blood.’

Another witness added: ‘They started arguing about his wife or girlfriend or something like that.’

Bystanders restrained the other man on the ground until police arrived at the scene.

The second man, 42, was arrested at the scene and is assisting police with their inquiries.

Mr Baskar claims the cafe owner told him that the knife allegedly used wasn’t from the cafe. 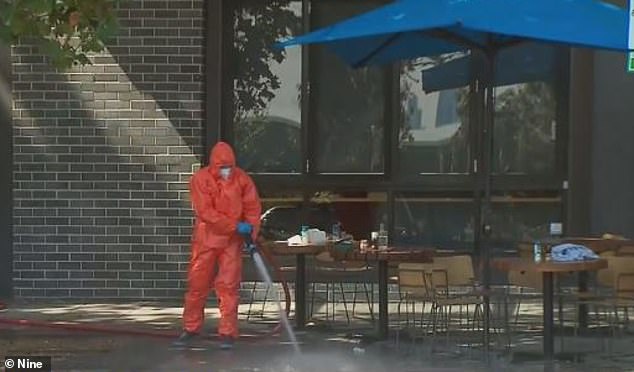 The injured man suffered multiple stab wounds to the upper body and was rushed to hospital in a serious condition.

‘It looked like he had been stabbed in the neck. He was still breathing but he was in a bad condition,’ nearby cafe owner Ashok Bisht told Nine News.

‘Everyone was chilling out… having coffee then suddenly this happens. It was horrifying.’

Cafe employees left distraught by the horrifying scenes were seen comforting each other before closing early for the day.

The cafe was closed early for the day and cordoned off as forensic officers hosed off and examined the bloodied scene for evidence. 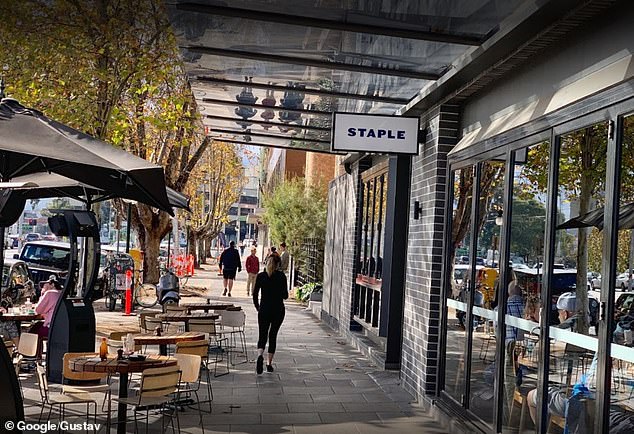