A cheeky crocodile has been caught on video stealing a woman’s crab pot on a river in the Northern Territory.

The footage, posted by Darwin residents Ebony Anderson and Narita Simpson, shows a group fishing in the Woods Inlet before the reptile comes along and drags away the crab pot.

‘The pot was pretty much ruined and had a nice little hole in it from where we think he may have gotten the crabs out,’ Ms Anderson captioned the clip.

Crab pot thief! 🐊😈 Ebony was out at the Woods Inlet with the girls and skipper Eurwyn when a cheeky croc took off with… 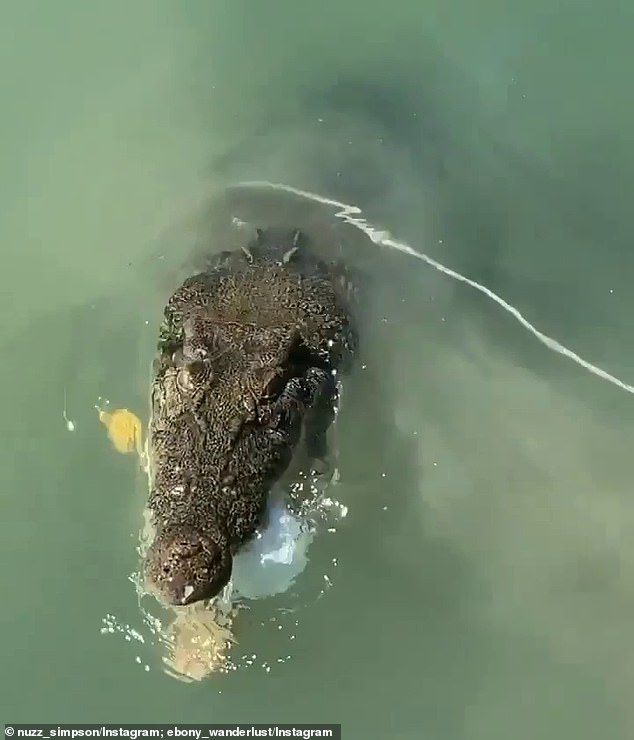 The video, captured on the weekend on the narrow peninsula off the Darwin Harbour, shows the massive crocodile grabbing the pot from the bottom of the water before bringing it up to show the women.

‘Hey mate, let go!’ One of the women shouts as the cheeky croc swims away.

The pot remains attached by rope to the boat, so the crocodile thrashes in vain to pull it loose.

The reptile eventually submerges as the skipper of the boat attempts to scoop the pot up with a large net. 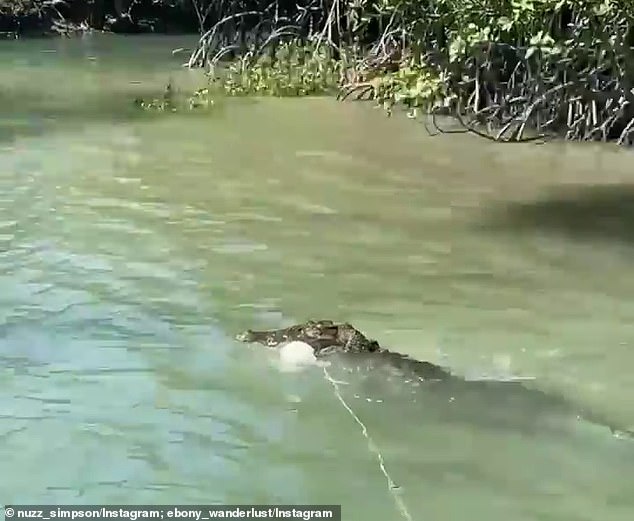 The pot remains attached by rope to the boat, so the crocodile thrashes in vain to pull it loose

They eventually retrieve the pot after the crocodile loses interest and swims off.

‘Taking it back for a wall hanger in the man cave,’ one person commented on the video.

‘Croc reminds me of my four-year-old when she’s got something she shouldn’t and takes off,’ another said.

The crocodile appears to have the longer, thinner snout of a saltwater crocodile, which are infamous for being the more aggressive compared to freshwater crocs.

Iran: Soleimani’s assassins will be punished for their actions

MLB is looking for more consistency in how balls are prepared before being used in games...