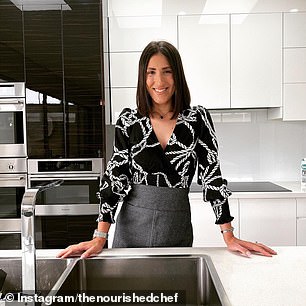 The recipe comes straight from The Nourished Chef, Clarissa Kocovski, who is best known for her low-carb, gluten and dairy free recipes

An Australian chef has revealed her super easy recipe for gooey, chocolate mug cake – and it only takes 60 seconds to cook in the microwave.

The recipe comes straight from The Nourished Chef, Clarissa Kocovski, who is best known for her low-carb, gluten and dairy free recipes.

Clarissa splits the recipe into two ‘wet’ and ‘dry’ ingredients, which makes it easier to when making the quick, easy cake.

First she combines the dry ingredients – then in a separate, microwave-safe dish she heats the coffee for thirty seconds.

She then stirs in the sweetener and peanut butter into the hot coffee.

After this she pours the warm liquid over her dry ingredients before adding the choc tips and stirring until well combined. 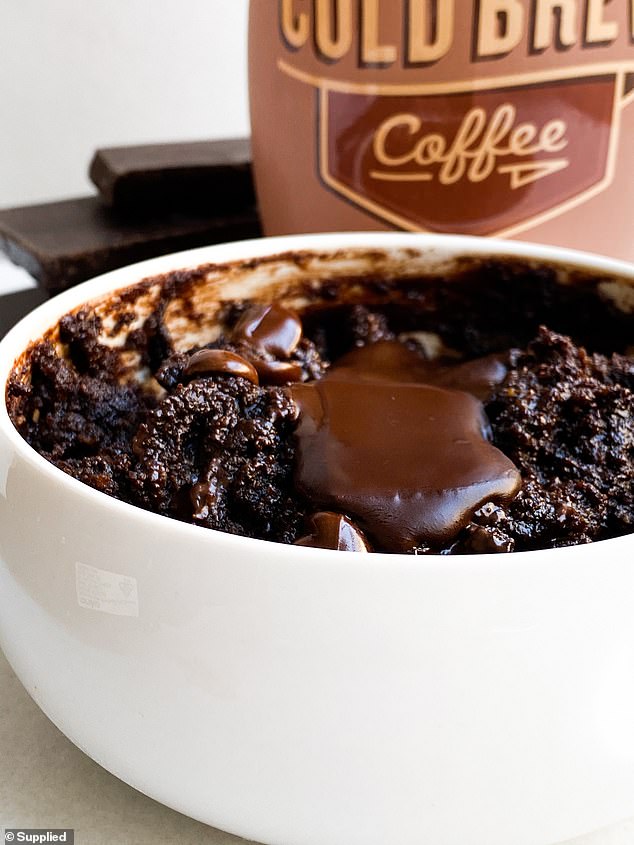 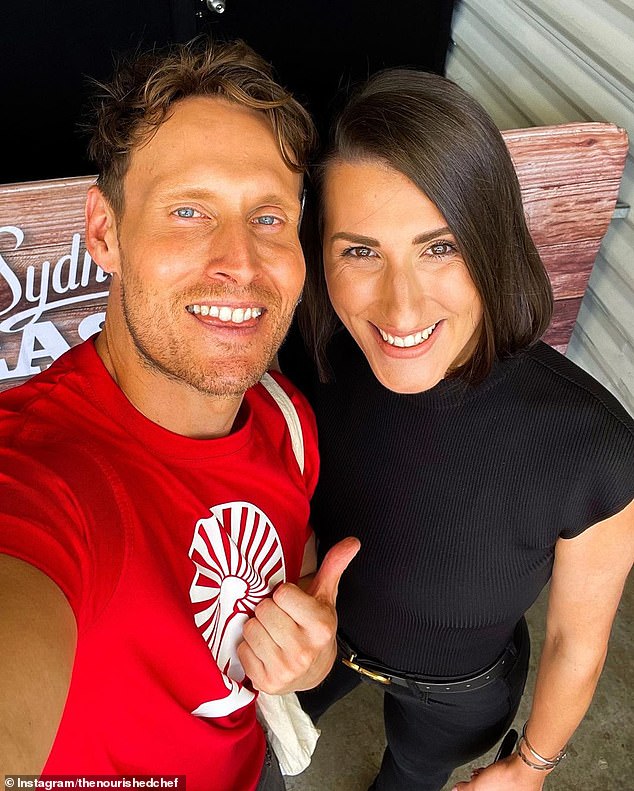 Clarissa, pictured at the Easter Show,  splits the recipe into two ‘wet’ and ‘dry’ ingredients, which makes it easier to when making the quick, easy cake

The mixture is then divided into two microwaveable mugs and topped with extra chocolate chips before ‘cooking’ for 60-seconds.

The Sydney-based chef received incredible feedback for the delicious-looking dish.

‘Omg wow looks so rich and delicious,’ one woman wrote on the recipe – to which the chef responded with ‘YES, YES, YES.’

Another woman simply said. ‘OMG, stop it’. While more said the dessert ‘looks like a dream’.

How can I make a chocolate mug cake at home?

1. In a medium sized bowl, add your dry ingredients. Stir to combine.

2. In a small microwaveable bowl, pour in your XX Espresso Cold Brew and microwave for 30 seconds.

3. Carefully remove from the microwave and stir in your sweetener of choice and peanut butter.

4. Pour the wet mixture over your dry ingredients. Stir in the choc chips until we’ll combined. Divide the mixture between two microwaveable mugs. Top with extra choc chips (optional).

5. Microwave for 60 seconds. Best enjoyed warm and gooey out of the microwave.

Home cooks are constantly on the look for easy recipes right now.

Recently it was the pastry chefs at Aldi who delivered the goods after releasing a mouth-watering recipe for puff pastry doughnuts.

The flakey, cinnamon-sugar coated pastries are easy to make and have been popular with Instagram users, attracting thousands of likes in less than 24 hours.

To make the doughnuts, begin by heating oil in a deep pan or deep fryer, until it reaches 180C.

The recipe calls for puff pastry, an egg, cinnamon and some caster sugar – with maple syrup recommended for serving. 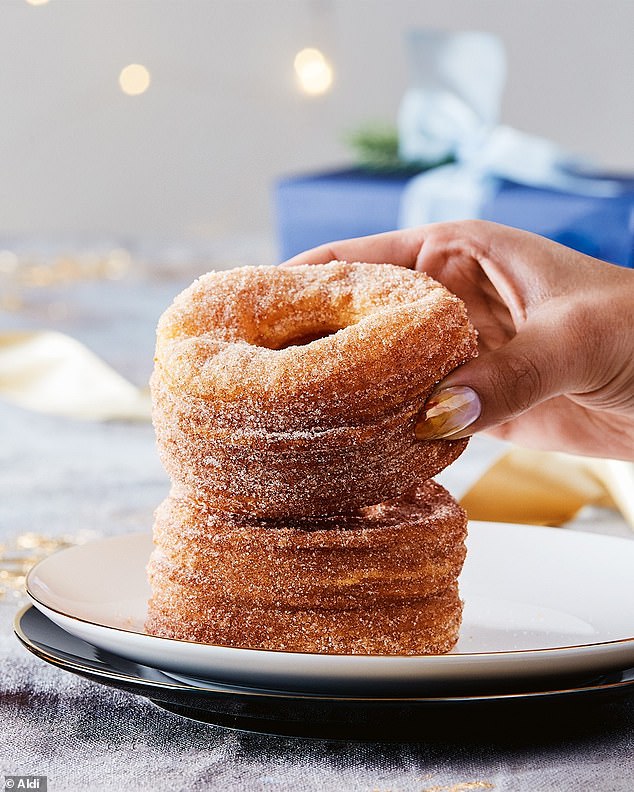 The pastry chefs at Aldi have released a mouth-watering recipe for puff pastry doughnuts, and it is the perfect dessert for a cool autumn evening

The doughnuts are made with stacked layers of pastry.

The recipe suggests home cooks use a cookie cutter to cut out 12 circles of puff pastry for each doughnut.

These circles are then stacked gently on top of each other .

Then the pastry tower needs to be submerged in the oil, using a long skewer, for five to seven minutes.

Once they have been taken from the oil and the excess has been drained off them they are ready to be rolled in cinnamon and sugar.

How can I make puff pastry doughnuts at home?

2 – Sprinkle flour on a clean work surface. Lay one pastry sheet on floured surface and using round cookie cutters, cut out six large circles for the doughnuts and six smaller circles inside the larger circles to form a doughnut shape.

(Each pastry sheet should make about six doughnut shapes, depending on the size of your cutters).

Remove the centre circle from each doughnut and brush each with a little of the whisked egg.

Repeat this process for all six pastry sheets. Stack the cut doughnut shapes, one on top of the other, until you get a stack 12 layers high for each doughnut. Set each completed doughnut aside and continue making the stacks until you have three doughnuts (each 12 layers high).

3 – When the oil is hot enough, using a skewer, lower each doughnut into the oil and fry for about 5-7 minutes until cooked though.

4 – While doughnuts are frying, mix together the cinnamon and sugar in a large bowl.

5 – Remove the doughnuts and place on paper towel to drain. While they are still warm, toss them in the cinnamon and sugar and place on a cooling rack until ready to serve.