Marcos Alonso could link up with former Chelsea boss Antonio Conte for a second time after feeling Frank Lampard’s wrath last weekend, according to The Times.

The Blues defender was savaged by his manager in front of the rest of the squad after returning to the team bus following his half-time substitution during their 3-3 draw away at West Brom.

And Alonso could now be on the move before the transfer window shuts next week, with Conte keen to work with him again at the San Siro. 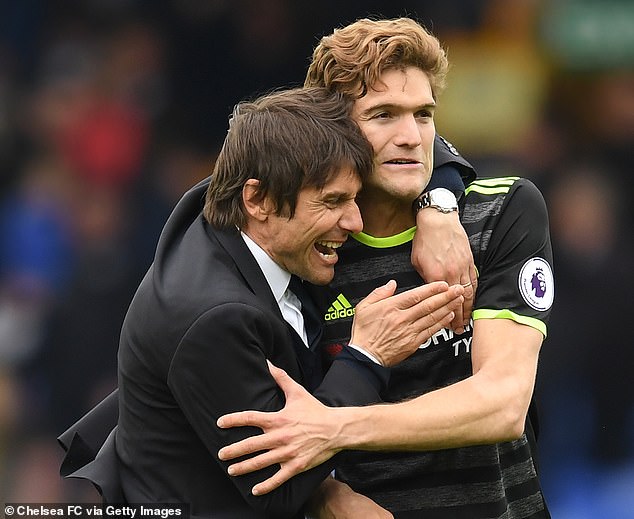 Conte celebrates with Alonso following Chelsea’s victory away at Everton in April, 2017

The Times claim that the Spaniard is interested in a switch to Italy after being frozen out for large chunks of last season and falling down the pecking order following the arrival of £50million Ben Chilwell earlier this summer.

Alonso enjoyed arguably the best season of his career under Conte, playing as a left wing back in his 3-4-3 formation as Chelsea won the Premier League title in 2016-17.

Conte has already reunited with Victor Moses at Inter, who he converted into a right wing back for his title-winning team at Stamford Bridge.

Chelsea are keen to cash in on either Alonso or Emerson Palmieri this week after Lampard landed Chilwell as his new first choice left back. 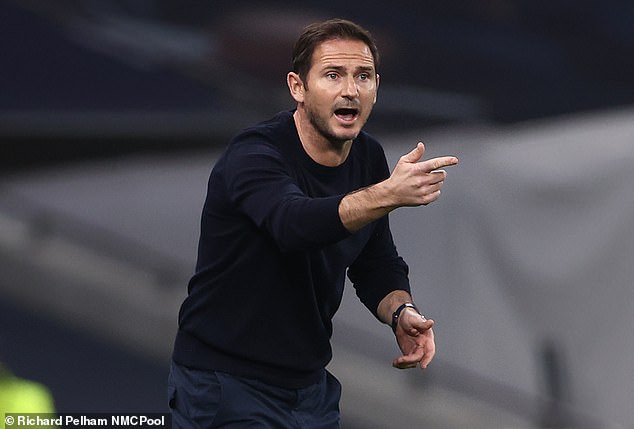 Inter have also shown an interest in the former Roma star, but it remains to be seen if they will be able to agree a deal for either defender before the window closes.

Alonso was left out of Chelsea’s squad for Tuesday night’s penalty shootout defeat by rivals Tottenham following the incident with Lampard on Saturday.

The Athletic claim that Alonso attempted to watch the second half of the match at the Hawthorns on the team coach rather than with the Chelsea substitutes – an act that infuriated his manager.

An insider said: ‘The players were saying they have never seen the manager like this.

‘It kicked off after the game and he was going mad at Alonso. Some were talking about how they’d be surprised if he plays for Chelsea ever again.’

Alonso had endured a difficult first half and was at fault for two of West Brom’s three first-half goals. Chelsea fought back after the break to draw 3-3.

Donald Trump's tax returns have many wondering what they're doing wrong