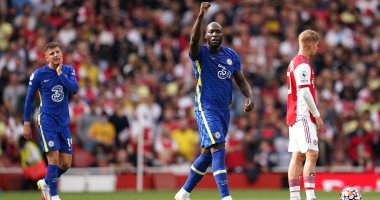 Chelsea will host Aston Villa at 6:30 pm today, Saturday, at Stamford Bridge, in a strong match between the two teams, in the fourth round of the English Premier League.

The Egyptian star, Mahmoud Hassan Trezeguet, is absent from the match, as it has not been determined when he will return to participate in the team’s group training, before participating in the matches, after returning from a cruciate ligament injury to the knee.

The Chelsea team managed to escape the trap of defeat at the hands of Liverpool and tied with them with a goal each at Anfield, to raise its score to 7 points in fourth place on the table.

In today’s match, the Blues are looking to return to the winning streak after the last draw, in order to get closer to the front and compete fiercely for the title, especially after the success in winning the last Champions League title.

On the other hand, Aston Villa occupies eleventh place on the table with 4 points, which will make them prepare for this match in Gouz, despite knowing the difficulty of the confrontation, in order to try to snatch the full points from the opponent’s fangs.

Tuchel brought great news to Chelsea fans after he announced at the match press conference that the giant striker, Romelu Lukaku, was ready for the match, despite a recent thigh injury, but Tuchel announced during the same conference the absence of the duo N’Golo Kante and Christian Pulisic from the match due to injury.

10 tips to recycle your clothes.. Focus on accessories and try to combine colors

For the elderly.. the best healthy foods to deal with tooth loss

For the elderly.. the best healthy foods to deal with tooth loss