Supercar boy racers get slap on wrists: Chelsea’s ‘noise cameras’ snared 130 drivers with loud engines in the first 11 days since being turned on… but ALL are told they face £100 if caught again

More than 130 cars have already fallen foul of ‘noise cameras’ set up in Chelsea to catch nuisance supercars that cruise the area revving their engines.

Kensington and Chelsea Borough Council installed the cameras on September 22 and the cameras have been activated more than 130 times in the first 11 days since being switched on.

One of the cameras captured a car revving its engine at 104db, a similar noise level to a passing helicopter, while a Range Rover on Sloane Street set off a camera at just under 100db.

Angry residents have said the high-end area has become a magnet for Lamborghini and Ferrari drivers who use London‘s streets like a ‘racetrack’ – distressing residents who have to put up with the ‘disruptive and irritating’ sound of revving engines.

Drivers are issued with a warning and told they will be fined a £100 fixed penalty notice at the next offence. 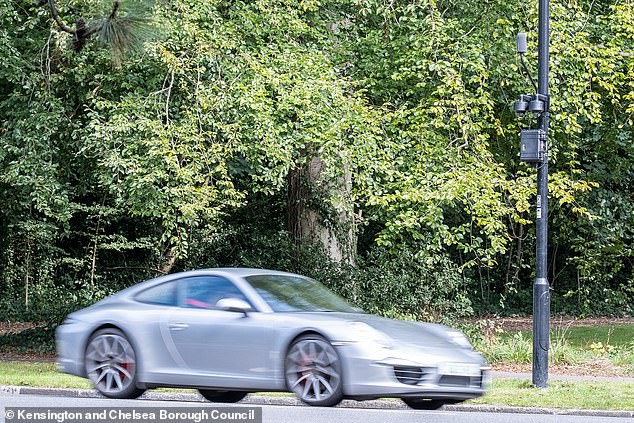 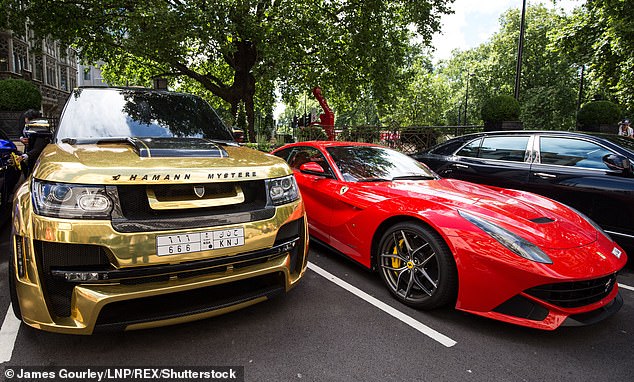 Angry Chelsea residents have said the noise emitted by the supercars is distressing locals who have to put up with the ‘disruptive and irritating’ sound of revving engines (pictured above: A supercar in London last year)

Persistent offenders in extreme cases could have their vehicle seized, according to the council.

But it was not enough with 35 reports of nuisance noise in the area from engines revving between June and August this year.

The council is the first to pilot its own noise camera technology, which will take a picture and capture sound of the offending vehicle when it ‘hears’ over 80 decibels.

Councillor Johnny Thalassites, lead member for transport, said the council consistently hears from residents who are blighted by the ‘disruptive and irritating’ noise. 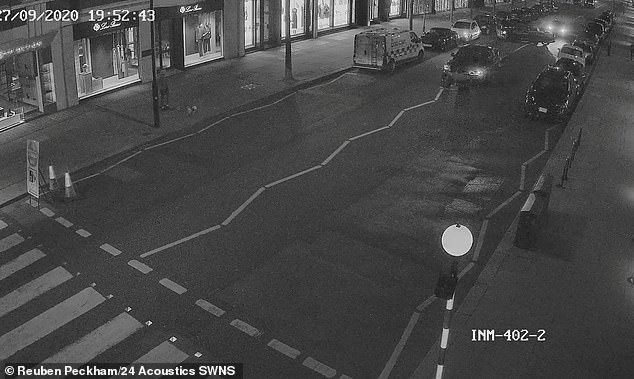 Noise cameras are already in use in Canada, Singapore, Australia and the United Arab Emirates, but they are new to Britain. (Pictured: The view from one of the cameras showing a noisy Range Rover) 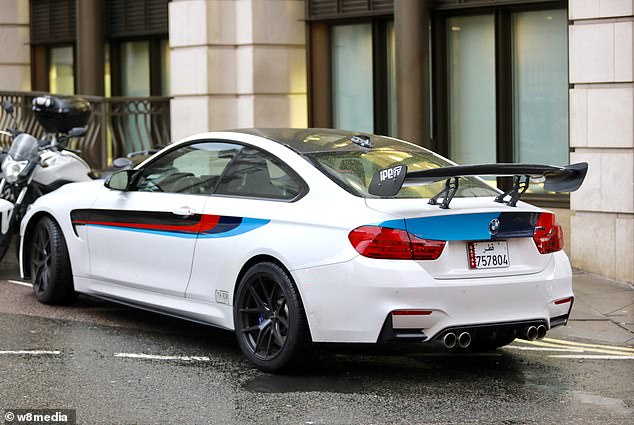 The cars are flown over so their owners can enjoy weeks of fun in the capital and avoid crippling heat back home. (Pictured above: The rear of the pricey BMW shows its Qatari number plate and enormous spoiler)

WHAT ARE ACOUSTIC CAMERAS?

As speed cameras are designed to discourage fast cars, ‘acoustic cameras’ will discourage loud ones.

Technically, all vehicles must comply with noise regulations to legally use the road.

These rules can be difficult to enforce in practice, however.

Acoustic cameras will be fitted with microphones to detect the noise levels of passing cars.

When the camera hears a vehicle making a noise of 80db, it will automatically record eight seconds of video in both directions along the road.

These real-time images are then sent to enforcement officers who scan the footage to get a view of the licence plate.

This will then be used to issue a fine—much like a regular traffic camera would for a speeding ticket.

At the moment, the legal noise limit for road cars is 74 decibels – the equivalent noise of a hoover at top blast.

He said: ‘Residents have had enough of drivers using our streets as a racetrack.

‘We have had fines in place for a while now, but this new noise camera technology will make sure we are catching more of the worst offenders.

‘Supercars look good and most drivers are considerate but when they they’re not, it is disruptive and irritating for people living and working in the area.’

Many of London’s most exclusive streets become ‘race tracks’ for the wealthy in the summer as millionaires bring their expensive vehicles out.

The problem typically intensifies in the hotter months when wealthy people from Arabic countries flee the scorching temperatures of the Middle East and cruise around London, with rich Kuwaitis, Saudis and Emiratis seeking to out-do each other over who can own the most fancy sportscar.

The cars’ owners tend to ship their machines over in the months leading up to the summer, so they are here when they arrive in July and August.

Owners fly their expensive and often highly customised vehicles over to the UK for a holiday, costing upwards of quarter of a million pounds.

Rich owners will pay a small fortune – in excess of £20,000 for a return journey – for their vehicles to be flown around 3,000 miles, and often leave them parked in some of London’s most desirable spots.

Noise cameras are already in use in Canada, Singapore, Australia and the United Arab Emirates, but they are new to Britain.

‘Thank you for your service’: Prince Harry and Meghan Markle pay tribute to Prince Philip