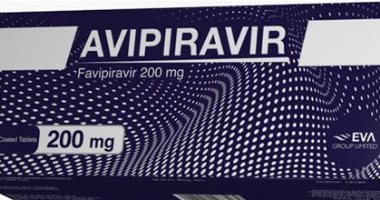 The Scientific Committee to confront the Corona Virus of the Ministry of Health has included antivirals that include the active substance “favipiravir”, in the fifth version of the treatment protocol for Corona cases, which was announced a few days ago..

While doctors recommended an early start in the use of antivirals used in the treatment of corona, such as “Avipiravir”, which was launched by “Eva Pharma”, a pioneer in the pharmaceutical industry, in pharmacies for cases of home isolation, after obtaining the approval of the competent authorities..

Ashraf Hatem, Chairman of the Health Committee in the House of Representatives and a member of the Higher Committee for Respiratory Viruses of the Ministry of Higher Education and Scientific Research, said that the Ministry of Health, represented by the Scientific Committee to Combat Corona Virus, is working to provide all treatments that international studies have proven to be able to confront the virus, and is updating treatment protocols. Periodically.

He explained that the drugs that have proven effective, including the antivirals that contain the active substance “favipiravir”, were retained in the latest version of the treatment protocol, pointing out that the majority of the internationally authorized treatments are in Egypt produced by national companies, and they were included in the therapeutic protocol such as some antivirals. Infections such as “Dexamethasone” and “Hydroxychloroquine”, in addition to giving vitamins.

For her part, Dr. Maysa Sharaf El-Din, Professor of Chest Diseases at Qasr Al-Ainy and former head of the Chest Diseases Department, said that so far, no direct anti-viral treatment has appeared, but the fifth version of the Corona treatment protocol has included antivirals such as “Ramsdevir”, avipiravir, after confirming Their efficacy and ability to stop and inhibit viral replication within virus-infected cells.

And the professor of chest diseases added that taking “Avipravir” protects cases infected with corona from the most serious complications and the need to enter the intensive care departments and put on ventilators, stressing the need to start early in the use of antivirals used in the treatment of corona, because the more they are used in the beginning, the more they are. The result is better.

She said that “Avipiravir”, which includes the active substance “Favipiravir”, achieved positive results in the face of Corona, as it showed many benefits in reducing symptoms and the duration of the disease, pointing out that the drug is available in pharmacies as the first antiviral for patients in home isolation, and that the Ministry of Health and Population, included it For patients with mild and moderate cases.

The study also found that viral clearance (that is, the virus is completely removed from the body) contributed to improving chest examinations on the fourteenth day, as the drug depends on inhibiting the virus and controlling the progression of the disease..

Viral clearance of patients treated with favipiravir was 4 days, which is significantly shorter than the time for patients in the control group which was 11 days..

It is worth noting that, last March, Eva Pharma launched the antiviral drug, “avipiravir”, which is used to treat cases of the Corona virus in pharmacies. The drug avipiravir, which includes the active substance “favipiravir”, is an analogue of the Russian and Japanese medicines (Avigan) for the treatment of corona. As it achieved positive results in treating mild and moderate cases of the Corona virus abroad.

Avipravir works to selectively prevent the replication of the virus within the cells of the body, and has also proven effective in treating acute influenza and respiratory viruses and is now used to treat cases of the emerging corona virus in many countries, including Egypt..