Child killer mother, 41, who beat her son, three, to death is freed

Child killer mother, 41, who beat her son, three, to death after trip to Nando’s then put his body in a suitcase and claimed he was missing is freed after less than seven years in jail

A mother who killed her three-year-old son and dumped his body in a suitcase has been released from jail after less than seven years.

Rosdeep Adekoya, 41, was jailed for 11 years for beating her son Mikaeel Kular to death and dumping his body in woodland area behind her sister’s house in Kirkcaldy, Fife, Scotland, in 2013.

His death came just six months after he was returned to Adekoya’s care following more than a year with foster carers.

In 2014, Adekoya admitted culpable homicide and a second charge of attempting to defeat the ends of justice.

However it is understood she was released from Cornton Vale prison in Stirling on Friday. 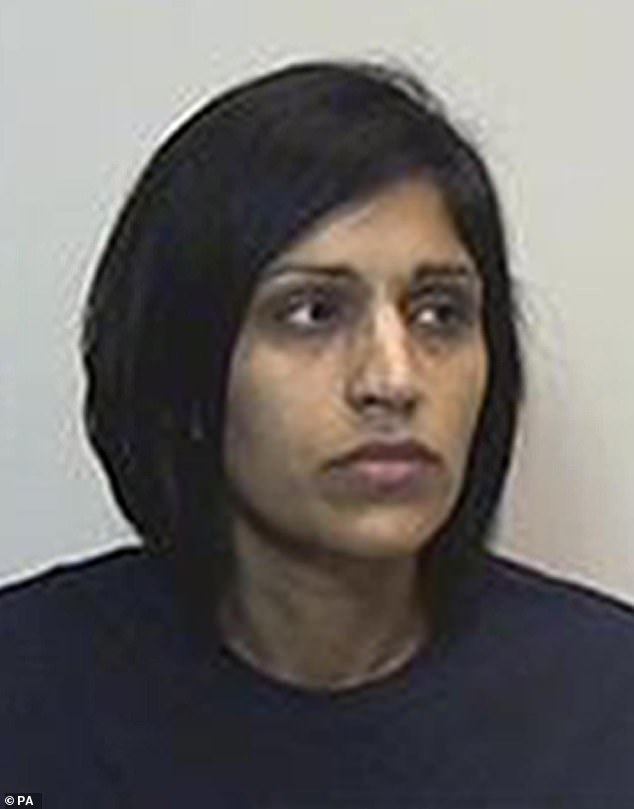 Rosdeep Adekoya, 41, was jailed for 11 years for beating her three-year-old Mikaeel Kular to death in Kirkcaldy, Fife, in 2013

The High Court in Edinburgh had heard that Adekoya dialled 999 to report her son missing, sparking a major two-day search operation involving the emergency services and hundreds of local volunteers.

But it was later found Adekoya had ‘lost her temper’ and beaten her son when he was repeatedly sick following a trip to Nando’s at Edinburgh’s Fountain Park, the court heard.

When Mikaeel was sick for a third time, she dragged him to the shower by his arms and ‘beat him heavily’ on his back.

Over the next few days Mikaeel’s condition worsened and he became ‘listless’ but his mother did not take him to a doctor because of the bruising.

His body was later found with more than 40 separate injuries.

A spokesman for the Scottish Prison Service said: ‘We don’t comment on individual prisoners.’

The High Court previously heard Adekoya had a history of depression and had attempted suicide in 2001.

But he said what she did was ‘cruel and inexcusable’. 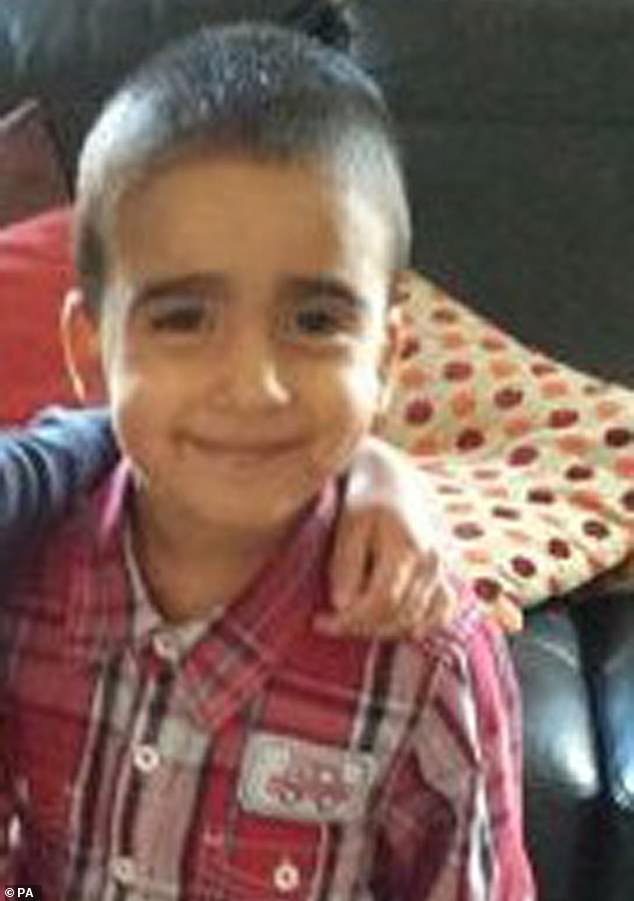 Mikaeel Kular, who was returned to Adekoya’s care following more than a year with foster carers, was found with more than 40 separate injuries

In 2015, in the wake of the tragedy, the Fife and Edinburgh Child Protection Committees commissioned an independent significant case review to establish whether care teams could have predicted the killing.

A summary of the review concluded that Adekoya’s behaviour towards her son was ‘unprecedented and out of character’ and that the killing ‘could not have been predicted’, even though a number of concerns had been raised and the toddler had spent time in care.

Between February 2012 and July 2012, Fife social work and NHS Fife health visiting services carried out a number of joint home visits after concerns were twice raised.

Mikaeel was taken into care in July 2012 after Adekoya left him and other children unattended.

He remained with foster carers until August 2013, while social workers were waiting for a Children’s Hearing before returning the boy to his mother.

The report noted that while waiting for the hearing, contact arrangements were not increased.

The review team felt that this should have been undertaken and used as an opportunity to test out and monitor his mother’s ability to manage her parenting responsibilities.

After Mikaeel was returned to his mother, the family was visited five times by Fife social workers and twice by the Edinburgh health visitors.

The teams found no factors that suggested a level of risk that required intervention.

The review concluded that ‘the circumstances that led to Mikaeel’s death could not have been predicted’.