A Sydney child care worker bound a disabled four-year-old boy’s hands together with duct tape and laughed at him before defending her actions as a joke, a court has heard.

Jennifer Helen Wood, 31, on Wednesday appeared before Sydney’s Downing Centre Local Court on charges of assaulting a school student while attending a school.

Wood denies the allegations and on Wednesday sought to have the matter addressed under the Mental Health Act due to several mental health disorders including depression and anxiety. 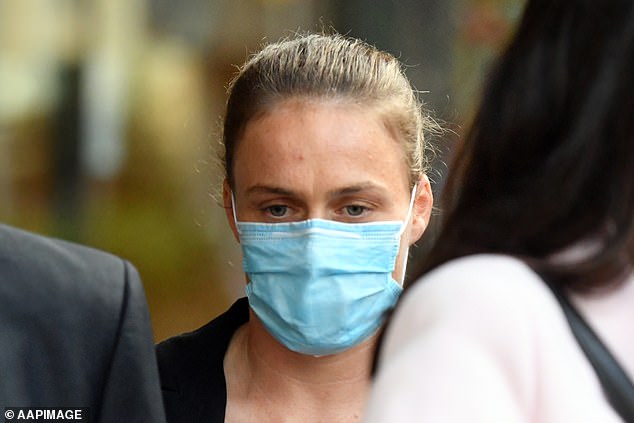 Jennifer Helen Wood, 31, on Wednesday appeared before Sydney’s Downing Centre Local Court on charges of assaulting a school student while attending a school

The Crown alleges Wood was working at the inner Sydney child care centre in 2017 when she bound the hands of the boy, then aged four, on two occasions. The boy lives with Down syndrome.

On the first occasion, Wood allegedly bound the boy’s hands in front of him with duct tape before laughing at him. When allegedly confronted by witnesses about the behaviour, she said ‘it was just a joke’.

‘Evidently Ms Wood thought it was very funny at the time (as) she was laughing,’ magistrate Julie Huber told the court.

On the second occasion, Wood allegedly tied the boy’s wrists with shoe laces, prompting the boy to struggle to free his hands.

Wood was dismissed from her child care job in November 2020, around the time she was charged by NSW Police.

Defence lawyer Catherine Newman said Wood had ‘long-standing mental health issues that remain largely untreated’ and applied for the matter to be dealt with under the Mental Health Act.

Ms Newman also said the allegations against Wood were ‘made in very suspicious circumstances’ but did not elaborate.

‘(Wood) is not a good vehicle for general deterrence,’ Ms Newman said. 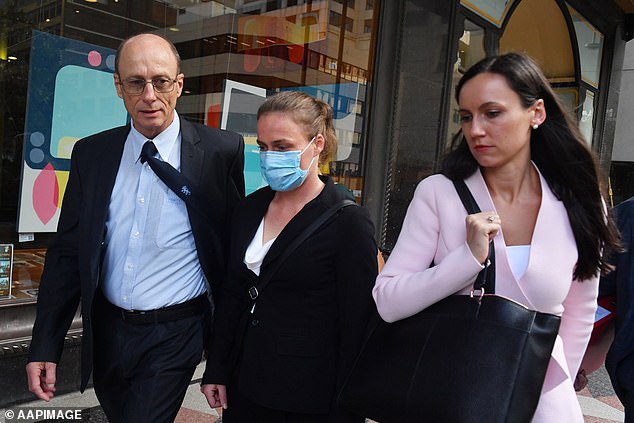 Wood (pictured above, centre) tried to have her two assault charges heard under the Mental Health Act but failed after Magistrate Julie Huber said there was no clear link between her mental health and the alleged assaults

But Ms Huber rejected the application, saying Wood’s mental health reports did not show a clear link between her mental illness and the alleged offending.

She also said the crown allegations were ‘disturbing’.

‘The highest (the psychologist) goes … is at the time she would’ve been suffering from those disorders,’ Ms Huber said.

The allegations will now be dealt with under the law, with the Crown and defence proposing six trial witnesses each.

BAFTA Television Awards 2021: Small Axe, The Crown and I May Destroy You lead the nominations

Baby gets its first haircut

Baby gets its first haircut