Children are more willing to sacrifice their own happiness to punish others for bad behaviour if they know they will be ‘taught a lesson’, study finds

Children, uninhibited by decades of conditioning, give a good indication of the natural human response to social situations.

Now, researchers from Harvard University have found youngsters are willing to sacrifice their own happiness to punish others for bad behaviour.

The data also reveals children are 24 per cent more likely to allow punishment if the culprit will learn a moral lesson, rather than just out of revenge. 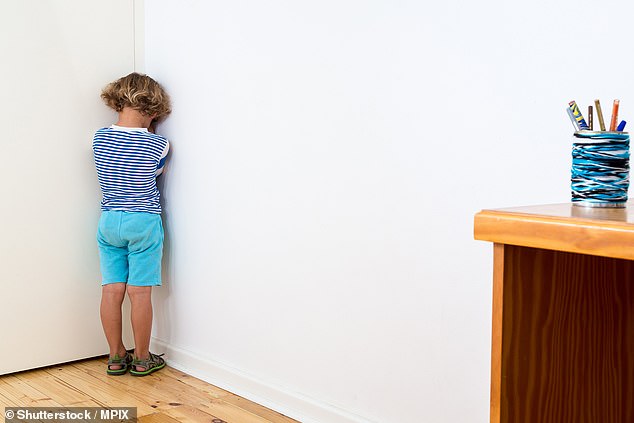 What drives people to punish others who have behaved badly has been debated by philosophers and psychologists for decades.

Previous studies have found both retribution and teaching others a lesson are important factors but few have looked at children.

The response of society’s youngest is purer, less influenced by learned behaviours and less tainted by personal experiences.

Study lead author Dr Julia Marshall, who was a PhD student at Yale University when the study was conducted, said: ‘Children are less exposed to social ideas about how to behave in certain ways.

Researchers played a video of a child tearing up another youngster’s art work to 251 children aged four to seven.

Children were asked to decide whether to punish the ‘art destroyer’ by taking away their iPad. 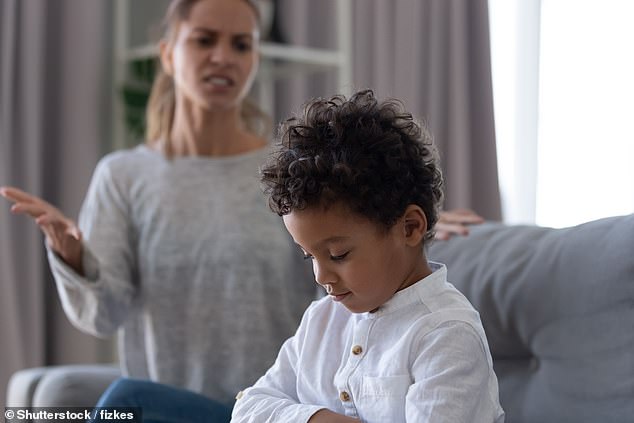 Children are 24 per cent more likely to allow punishment if the culprit will learn a moral lesson, rather than just out of revenge (stock)

Coronavirus infects only FOUR per cent of children

Children are known to be far less likely to suffer from the coronavirus, with a new study finding just four per cent of children admitted to hospital had the virus.

Why children are less affected by the coronavirus than adults remains unknown, but it is believed to be down to how their immune system reacts following infection.

The research looked at the test results of more than 135,000 children admitted to seven US hospitals up until September 8.

It revealed only 5,374 (4.0 per cent) of patients tested positive and, of this tiny percentage, 359 (6.7 per cent) were hospitalised with 99 needing intensive care.

Eight of the infected patients (0.15 per cent) later died. Six of the deaths were of patients with ‘complex preexisting comorbidities’, the scientists say.

The catch being, they would have to make a personal sacrifice if they decided to punish them, as their own iPad would be locked up too.

They were then divided into two groups, the first group was told if they chose to punish the naughty child in an act of revenge, the art destroyer’s iPad would be taken away, but they would not be told what for or why.

A quarter of children (26 per cent) in this first group decided to punish their naughty contemporaries, despite having to pay the price – losing their own iPad.

However, children were 24 per cent more likely to punish the badly behaved child if they knew they would learn a moral lesson about why their behaviour is unacceptable.

‘The opportunity to teach a wrongdoer a lesson motivates children to punish over and above the desire to see them suffer for their actions.’

The findings suggest even though children want to see bad behaviour punished, they also want wrongdoers to learn from their mistakes.

Dr Marshall said: ‘Children seem equipped at an early age with both a desire for punishers to receive their just deserts, and a desire to have them improve their behaviour for next time.’

The findings were published in the journal Nature Human Behaviour.

Thieves stole grapes from Canadian vineyard the night before harvest

It’s a year since COVID was declared a pandemic. Did WHO act too late?