Children not able to give ‘proper’ consent to puberty blockers, court told 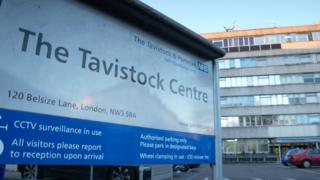 Children are not able to properly understand the lifelong consequences of taking puberty blockers and cross-sex hormones, the High Court has been told.

The case has been brought by Keira Bell, who began taking puberty blockers when she was 16, and the mother of a 16-year-old awaiting treatment.

They are taking action against the UK’s only children’s NHS gender clinic, run by the Tavistock and Portman NHS Trust.

The landmark hearing in London is expected to last two days.

The Gender Identity Development Service (GIDS), based in Hampstead, north-west London, is a specialised unit for young people who have difficulties with their gender identity.

Lawyers representing Ms Bell, 23, and Mrs A, whose autistic child is currently on the waiting list for treatment at the service, argue that children going through puberty are “not capable of properly understanding the nature and effects of hormone blockers”.

They argue there is “a very high likelihood” that children who start taking hormone blockers will later begin taking cross-sex hormones, which they say cause “irreversible changes”.

Ms Bell and Mrs A are asking the High Court to rule that it is unlawful for children who wish to undergo gender reassignment to be prescribed hormone blockers without an order from the court that such treatment is in their “best interests”.

Jeremy Hyam QC, who is representing the pair at the hearing, said: “The use of hormone blockers to address gender dysphoria does not have any adequate base to support it.”

He said the effect of hormone blockers “on the intensity, duration and outcome of adolescent development is largely unknown”, adding: “There is evidence that hormone blockers can have significant side-effects, including loss of fertility and sexual function and decreased bone density.”

In written submissions, Mr Hyam said: “That children are not capable of giving informed consent to undergo a type of medical intervention about which the evidence base is poor, the risks and potential side-effects are still largely unknown, and which is likely to set them on a path towards permanent and life-altering physical, psychological, emotional and developmental consequences… is the common-sense and obvious position.”

In a witness statement before the court, Ms Bell, who began “detransitioning” last year, said: “I made a brash decision as a teenager, as a lot of teenagers do, trying to find confidence and happiness, except now the rest of my life will be negatively affected.”

She added: “Transition was a very temporary, superficial fix for a very complex identity issue.”

Fenella Morris QC, lawyer for the Tavistock and Portman NHS Trust, said the contention that children could not give informed consent to being prescribed hormone blockers was “a radical proposition”.

She argued in written submissions that the claimants sought to “impose a blanket exclusion” on children under the age of 18 to be able to consent to medical treatment.

She accepted that hormone blockers were “experimental” but argued their use “has been widely researched and debated for three decades”, adding: “It is a safe and reversible treatment with a well-established history.”

This is a controversial case with deeply held views on all sides.

At the heart of it is the complex question of whether a child under the age of 18 can give informed consent to treatment that Keira Bell’s lawyers describe as “experimental” and “life-altering”.

They say that with some children prescribed puberty blockers as young as nine or 10 (although this is rare), they can’t possibly know how they will feel as an adult if they face difficulties having a child or having a fulfilling sexual relationship.

Lawyers for the Tavistock maintain there are careful checks and balances and, for years, such drugs have successfully given young people space to reflect before they transition.

They are also likely to point to the many young transgender people who already have to wait years just to see a gender specialist and the deep distress that causes.

It is expected that the judges hearing the case – Dame Victoria Sharp, Mr Justice Lewis and Mrs Justice Lieven – will reserve judgment to a later date.