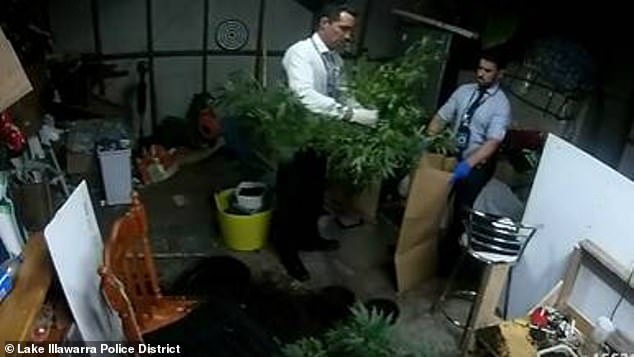 EXCLUSIVE: What a bunch of dopes! Cops stumble upon mum’s suburban cannabis crop in a garage after her babysitter falls asleep and daughter prank calls Triple Zero

A young girl was being cared for by a babysitter when she accidentally alerted police to her mother’s hydroponic cannabis crop with a midnight Triple Zero prank call.

The girl was at home near Wollongong, south of Sydney, and the babysitter was sleeping when the child picked up the phone and dialled the emergency number.

‘The caller terminated the call prior to the operator obtaining information,’ a police statement of facts tendered to Port Kembla Local Court said.

‘Police attended the premises to check on the welfare of the occupant.’

When police arrived at the Albion Park Rail house about 12.10am the lights were on and children’s toys were scattered in the garden but no one answered a knock at the front door. 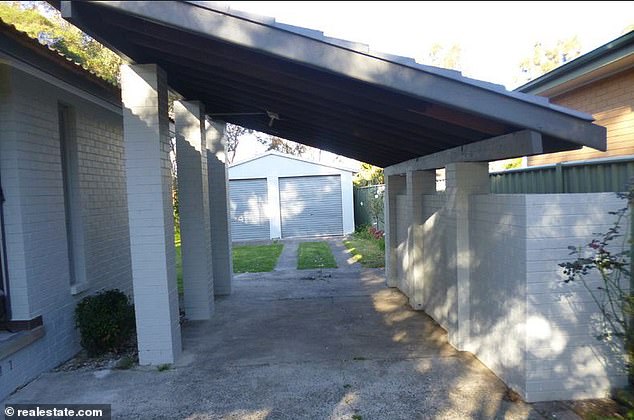 Officers then went to the backyard and saw more light from a detached garage coming from under a roller door.

‘Police believed on reasonable grounds that the caller may be in imminent danger of significant physical injury and it was necessary to enter the premises immediately,’ the statement of fact said.

Upon entering the garage officers smelt cannabis and saw a makeshift shelter protecting 15 marijuana plants growing under lights in the corner.

The shelter was fitted with wooden panels with a reflective coating to intensify the lighting. There was also an exhaust fan and a transformer.

While police examined the hydroponic set-up a woman came out of the house and said she had been sleeping while babysitting the resident’s children.

The babysitter then called the 30-year-old mother, who cannot be named to protect the identify of her children. 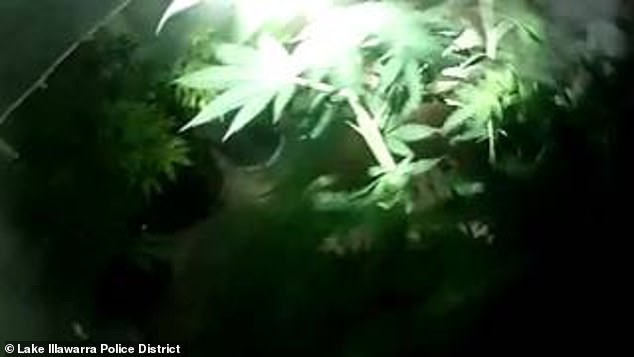 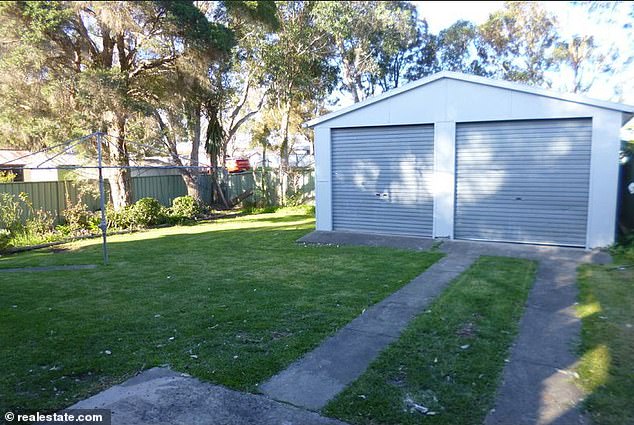 Inside the garage (pictured) was a shelter fitted with wooden panels with a reflective coating to intensify the lighting. There was also an exhaust fan and a transformer

The mother came home and made ‘full and frank’ admissions to cultivating the cannabis for her personal use.

‘I water them every day,’ the mother told police. ‘The lights are on a timer. I have a key for the door on my key ring. I lock the door during the day.’

Police learnt the mother lived at the house with her partner and three children aged under 13.

‘It was determined that one of the children called the Triple Zero operator without reason,’ the statement of facts said.

‘The [mother] cares for the children and at no time exposed her children to the garage where the cannabis was growing.

‘There is no evidence to suggest the cannabis was used for commercial purposes.’

The woman subsequently pleaded guilty to having cultivated a prohibited plant in March, was convicted and fined $450. 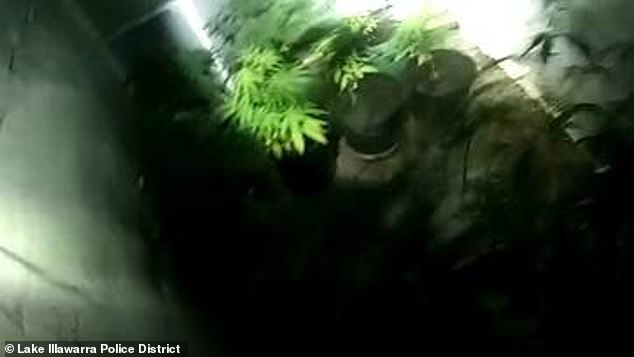 ‘I water them every day,’ the mother told police of her cannabis plants (pictured). ‘The lights are on a timer. I have a key for the door on my key ring. I lock the door during the day’ 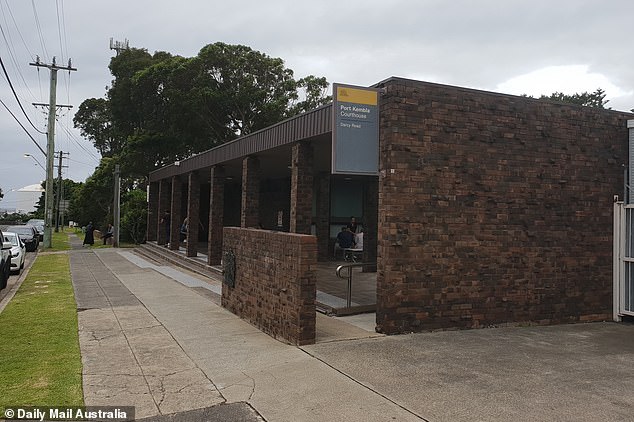 The mother pleaded guilty in Port Kembla Local Court (pictured) to cultivating a prohibited plant and was fined $450. She had a previous conviction for possessing a prohibited drug

‘Whatever was said on the phone call was enough to alarm the Triple O operator, who decided to send police anyway to check on the welfare of the residents,’ Sergeant Northey said at the time.

‘With a call such as this the Triple O operators are trained to listen out to the background and try to work out, “Is this someone needing help and they just can’t talk?”

‘We’ve since found they were just making a prank telephone call.’

Sergeant Northey said a child inadvertently leading police to a cannabis crop in such a manner was unusual but welcome.

‘In my 18 years of policing this is the first time that this sort of circumstance has happened.’

Dominic West is being driven NUTS by squirrels at Cotswolds home