Chilling moment woman, 23, is ‘tailgated by drunk driver who pulled up next to her and whispered two haunting words’ before allegedly ramming her off the road

A young woman has relived the terrifying moment she was allegedly tailgated by a drunk driver who then pulled up next to her and whispered ‘you’re dead’, before he rammed her into another car.

Chloe, 23, was driving her black SUV near the intersection of Tiller Drive and Commercial Road in Seaford, in Adelaide‘s south, at 10am on Sunday when she was allegedly approached by a white ute.

The 39-year-old driver allegedly wound down his window and said ‘I’m going to hit you’, leaving her so petrified that she phoned her father Gary. 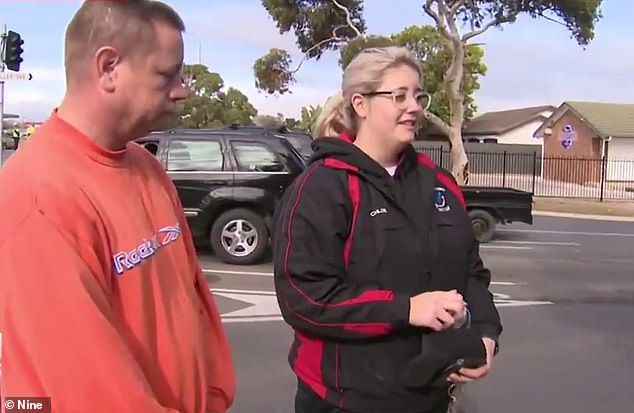 Chloe (pictured with her father, Gary) was so terrified during the ordeal she phoned her dad

‘I could hear it in her voice she was getting more and more frightened,’ Gary told 9 News.

Chloe stopped at traffic lights and braced in the front seat, as the man allegedly lined her up and ploughed into her car head-on.

‘He reversed into me, drove through the red light, U-turned and then rammed me head-on at full pelt,’ she said. 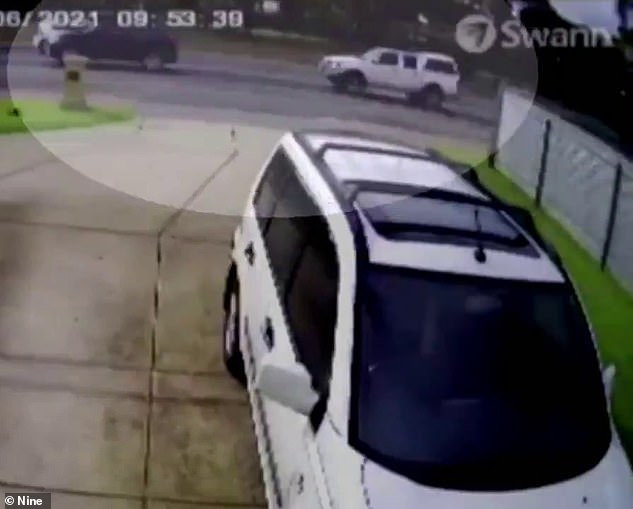 The force of the collision pushed her vehicle into the car behind her, she claims.

As he went to flee the scene, police allege he drove at witnesses standing on the side of the road.

He then allegedly parked the car and tried to escape on foot, but members of the public stepped in.

Nicole Remnant watched the incident unfold and said there was a ‘punch up’ on the road. 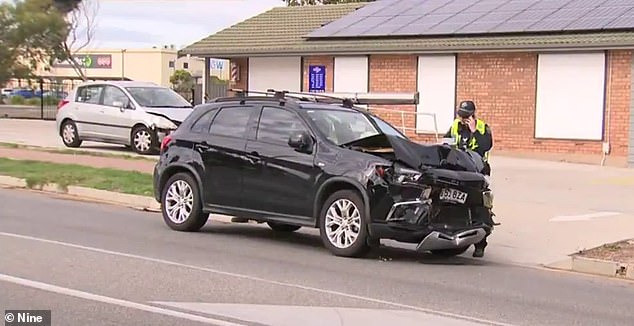 The man allegedly rammed head-on into Chloe’s black SUV (pictured). She has burns from the airbags

[Witnesses] just … distracted him,’ she said.

Chloe has burns from the airbags but was otherwise unharmed.

The accused, from nearby Moana, was arrested at the scene and has been charged with three counts of acts to endanger life, aggravated driving without due care and drink driving.

He has been banned from driving for 12 months and will face Christies Beach Magistrates Court on Monday.

DOMINIC LAWSON: With biased bishops like this, the church hasn't got a prayer

French and American astronauts will on Wednesday go on the first of two spacewalks this week...