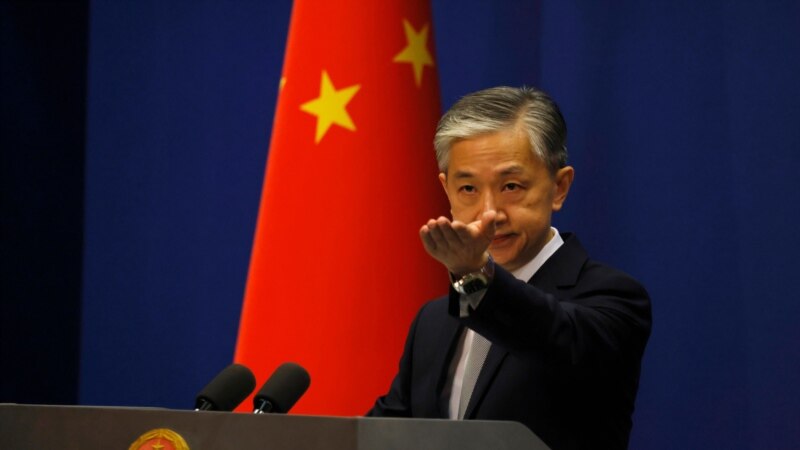 China said on Thursday that it would impose visa restrictions on US officials in retaliation for the US restriction on visas for Chinese officials.

Earlier this month, US Secretary of State Antony Blinken announced the restriction on Chinese officials who he said had been involved in “repressive acts” against ethnic and religious minorities.

Wang Wenbin, a spokesman for China’s Foreign Ministry, did not elaborate on who the US officials were, but explained that they had lied about China’s human rights record.

“The US uses the pretext of so-called human rights issues to invent malicious lies and uses them as excuses to interfere in China’s internal affairs, smear China’s image and suppress Chinese officials,” Wang said. they have no moral basis and seriously violate international law and the basic norms of international relations. China strongly opposes this.”

“In order to safeguard China’s sovereignty, security and development interests, and to protect the legitimate rights and interests of Chinese officials… China has decided to impose reciprocal visa restrictions on US officials who fabricated lies about human rights issues involving China, advocated sanctions against China, and harmed China’s interests,” he said.

Earlier this month, Wang demanded that the United States lift its restrictions on Chinese officials or he would face “countermeasures.”

The United States and other Western countries have accused Beijing of carrying out genocide against the Uyghur Muslim minority in western China’s Xinjang province. Beijing has denied the accusation.

Blinken last week accused China of attempting to “harass, intimidate, surveil and kidnap members of ethnic and religious minority groups, including those seeking safety abroad and US citizens who speak on behalf of these vulnerable populations.”

Amid an unprecedented economic crisis, protests in Sri Lanka demand the departure of the government | News

Amid an unprecedented economic crisis, protests in Sri Lanka demand the departure of the government | News