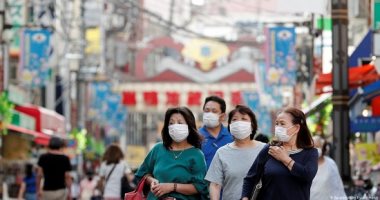 The National Health Commission of China said today, Monday that the Chinese mainland recorded 21 new cases of coronavirus yesterday, down from 22 the previous day..

The commission said in a statement that 15 of the new cases were from abroad. She added that the six local cases were registered in Liaoning Province.

The commission stated that it had detected 20 asymptomatic cases, up from 15 similar cases the previous day. China does not include such infections as confirmed cases.

The total number of confirmed COVID-19 cases in China reached 86,976, while the number of deaths remained unchanged at 4,634..

In a separate context, Beijing tightened Covid-19 restrictions due to concerns that the travel of large numbers of Chinese during the holiday period may cause an increase in the number of infections in the capital, as it reported on Sunday local cases of infection for the fourth consecutive day..

Speaker of the Arab Parliament attacks the Turkish Defense Minister after his “threats” from Libya to “Haftar and his supporters.”