China records zero deaths in Corona and 25 injuries, including 16 arrivals 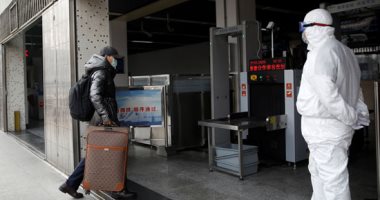 
The committee added that 13 people left hospitals yesterday, bringing the total of those recovering to 82,050 people, noting that 13,615 people were in close contact with injured patients who are still under medical observation.


And the committee continued that 8 new cases without symptoms were recorded yesterday, including 4 imported cases, and that the total number of asymptomatic cases that are still under medical observation reached 267 cases, of which 216 were from abroad.


In a related context, the Chinese Ministry of Culture and Tourism called on Chinese citizens to avoid unnecessary travel outside the country during the next two holidays of the New Year and the traditional Spring Festival.
Liu Keqi, an official with the ministry, said – during a press conference – that the country has recently recorded multiple sporadic and mass outbreaks of COVID-19, calling on people to rationally arrange their trips, reduce unnecessary trips and avoid unnecessary foreign travel, while tourists do not go to risk areas. Medium or high level for COVID-19.

Xi added that travelers should pay close attention to the epidemic situations issued by local authorities, and take preventive measures such as wearing masks, washing hands, and avoiding mass gatherings.