Australia’s world-renown cherry producers have been slammed by Beijing becoming the latest industry to be get caught in the cross hairs of China.

It comes as the authoritarian state also said it would not allow nearly eight million tonnes of Australian coal floating on 73 ships to be unloaded after months of being held up with unofficial arbitrary bans.

The Chinese government has targeted billions of dollars worth of Australian exports – including barely, wine, beef, seafood, copper, cotton and timbre – to punish Canberra calling for an independent inquiry into the Communist Party’s handling of the coronavirus crisis back in April. 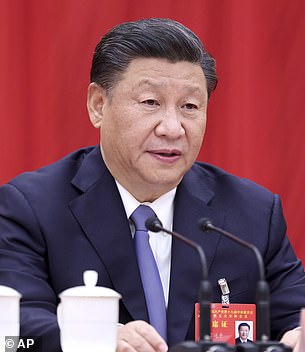 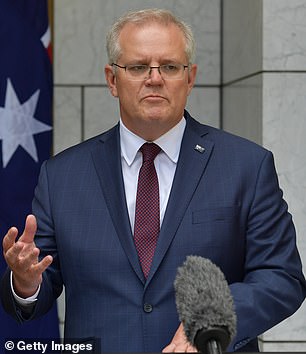 A newspaper controlled by the Communist Party featured an article spouting the ‘inferior’ taste of Australian cherries compared with other markets.

‘The share of Australian cherries in Chinese market … has dropped due to the inferior quality of the product given the reserved seasonality,’ fruit traders allegedly told the propaganda publication Global Times.

‘The taste and quality of Australian cherries is not as good as it once was.

‘Chilean cherries have the largest share in Chinese market, with better quality and lower price.’ 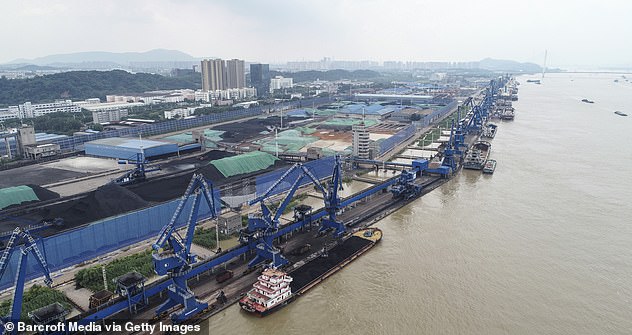 The blockage is latest escalation of trade tension between the two countries (pictured, port in Nanjing China)

US House of Representatives begins voting on impeachment of Trump

Actor Eddie Hassell, 30, who appeared in 'The Kids Are All Right,' shot and killed in Texas

Reports claiming that those recovering from “Covid-19” suffer from neurological problems!