Australia’s iron ore exports to China are expected to crash in coming years – and it has nothing to do with the trade war.

The metal used to make steel is by far Australia’s biggest export with $12.5billion sold overseas in December alone, with monthly sales to China up 21 per cent.

Despite that, Oxford Economics is forecasting a sharp drop in iron ore exports from later this year as China seeks to make more steel from scrap metal for environmental reasons.

‘Beijing aims to reduce emissions in the carbon-intensive steel industry,’ it said. 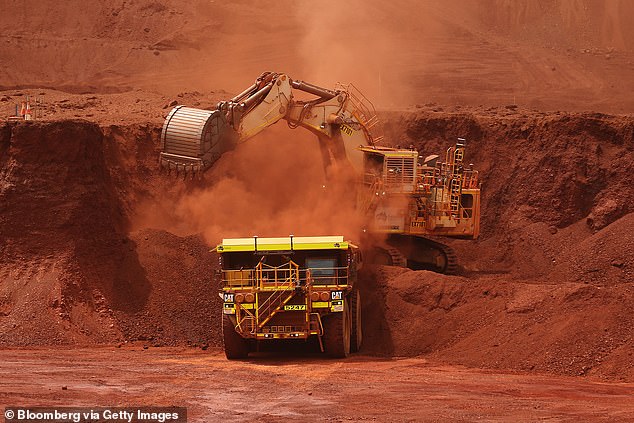 Australia’s iron ore exports to China are set to crash in coming years – and it has nothing to do with the trade war. The commodity used to make steel is by far Australia’s biggest export with $12.5billion sold overseas in December alone. Pictured is a dump truck in the Pilbara

‘It wants mills to cut output this year and increase the use of scrap metal as an input to production.

Australia’s exports to China surged 21 per cent in December to $13.3billion

China bought 38 per cent of Australia’s $34.9billion worth of exports

The monthly trade surplus of $8.956billion was the fourth highest on record

Ironically, China would be relying on an Australian invention, green steel technology, to achieve its goal of zero net carbon emissions by 2060.

Australia is the world’s dominant supplier of iron ore, with Brazil still struggling two years on from the Vale tailings dam collapse.

‘Iron ore was one of the best-performing commodities last year due to supply weakness from Brazil and robust demand from China, which ramped up steel production to record levels,’ Oxford Economics wrote. 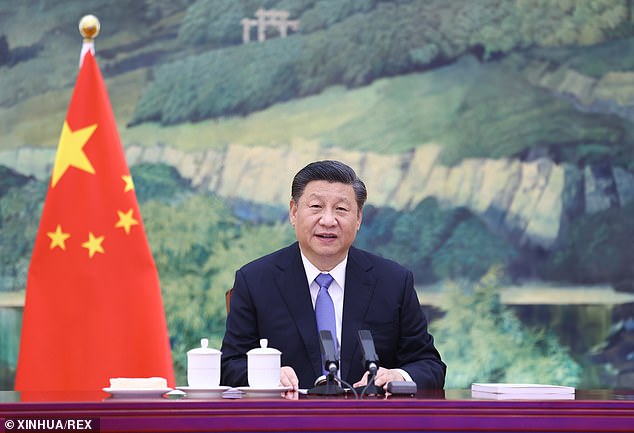 Despite that, Oxford Economics is forecasting a sharp drop in iron ore exports from later this year as China seeks to make more steel from scrap metal for environmental reasons. Pictured is Chinese President Xi Jinping

‘However, the Chinese government wants mills to reduce steel output this year due to environmental reasons, with the aim of lowering industry emissions by 20 per cent over the next five years.’

Professor Sahajwalla said if China changed the way it made steel, by using new electric arc furnaces to melt scrap metal, Australia’s biggest trading partner would no longer need to buy as much iron ore.

‘It’s basically asking the question: “Where will the tipping point be for many countries like China and others?”,’ Professor Sahajwalla told Daily Mail Australia in December.

The Indian-born, US-educated innovator said Australia needed to be a leader in green steel, even if that threatened traditional commodity exports.

‘We’re allowing people that ability to come to Australia, not just for our iron ore and coal but for alternative technologies like green steel,’ she said. 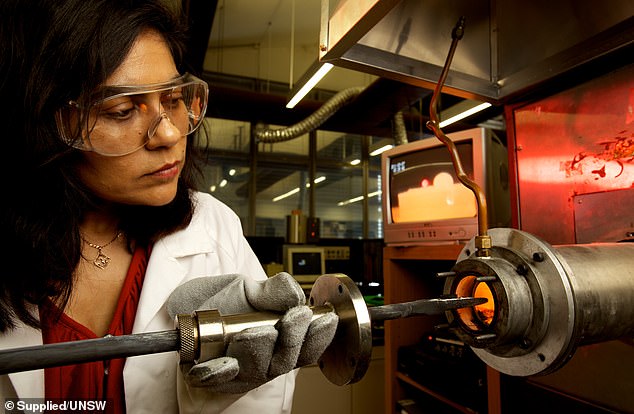 ‘There’s not enough scrap steel in the world to replace the demand for new steel,’ told Daily Mail Australia.

‘The issue is the cost of producing hydrogen through electrolysis is very high so there’s got to be some breakthrough technically to get it down to a cost where you can afford to use hydrogen to make or produce iron ore to go into something like an electric arc furnace.’ 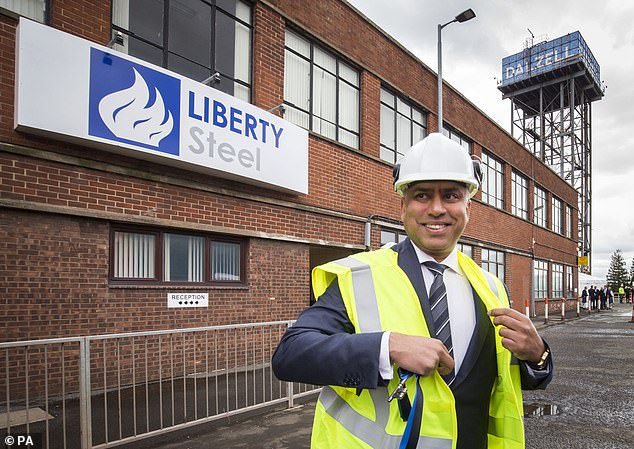 British billionaire Sanjeev Gupta hopes to use renewable energy and scrap metal recycling to turn the old Whyalla steelworks in South Australia into a major supplier of new green steel. He is pictured in Scotland at Liberty Steel’s Dalzell steelworks

For now, China is continuing to demand more Australian iron ore, even after it slapped 80 per cent tariffs on Australian barley and 212 per cent import taxes on Australian wine in retaliation at Prime Minister Scott Morrison’s call for an inquiry into the origins of Covid.

China last month bought $13.3billion worth of Australian exports, making up 38.2 per cent of Australia’s overall exports of $34.9billion – which rose by 16.3 per cent.

British billionaire Sanjeev Gupta hopes to use renewable energy and scrap metal recycling to turn the old Whyalla steelworks in South Australia into a major supplier of new green steel.

He has a long-term plan to phase out old-fashioned blast furnaces and replace them with electric arc furnaces.

His GFG Alliance in 2017 bought Arrium, which previously owned Molycop.

Molycop that year was sold to US private equity group American Industrial Partners. 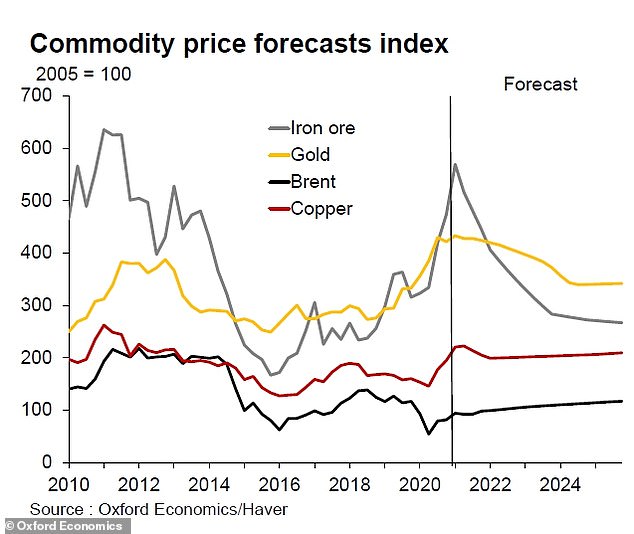 NASA finds a bright “lost galaxy” in the constellation Virgo