Chinese video gamers are to have their facers scanned while playing after 10pm to make sure they are not children breaking curfew rules imposed two years ago.

The country’s gaming giant Tencent is rolling out the technology to stop children playing between 10pm and 8am.

According to the BBC, the ‘midnight-patrol’ technology will stop ‘tricks’ which circumvent rules imposed in 2019.

The regulations introduced both a curfew for children and also a cap on what young gamers could spend in-game transactions.

Under the laws, the gamers have to register with their official IDs, which are linked to a national database. However, children are said to have been using adults’ IDs instead of their own.

Now, Tencent’s rules will mean anyone playing for a certain length of time will have their faces scanned to prove they are an adult. 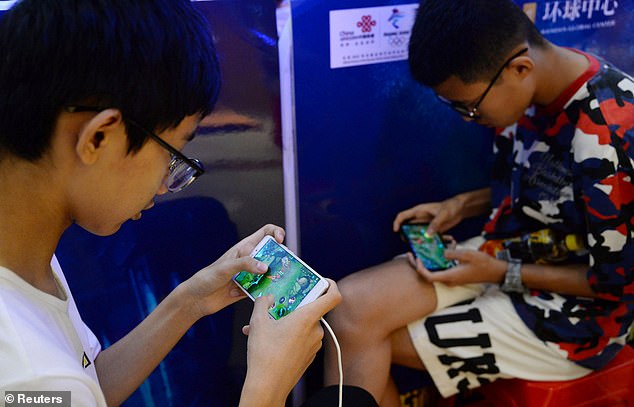 Tencent, which is the world’s biggest game company, began testing its system in 2018.

With mobile gaming being far more popular in China than in Western nations, many of the firm’s top titles are on smart phones.

The facial recognition will utilise the cameras which are installed on smartphones as standard.

Previous figures showed that more than 14 per cent of China’s minors, or 33million people aged under 16, are obsessed with the internet.

The 2019 regulations also stopped users younger than 16 from playing games for more than an hour and a half a day on weekdays or more than three hours a day on weekends and official holidays. 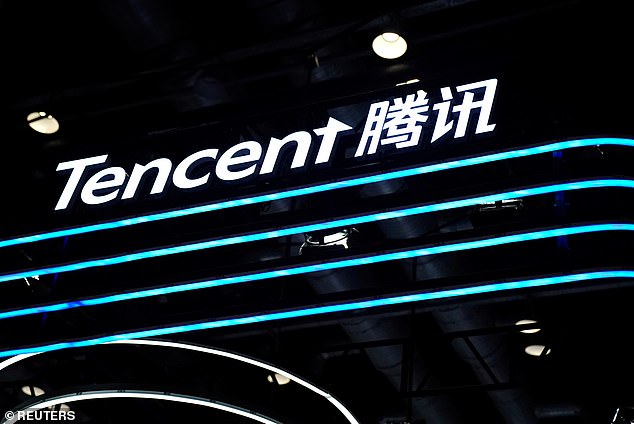 China has more than 800 million internet users, and 29 million of them are under 10 years old.

Around 70 per cent of children in the country have their own smartphones and nearly half of the children aged between seven and nine are given access to the Internet.

The  trend has caused health issues for the youngsters, especially short-sightedness.

A national vision report in 2015 said around 500 million Chinese – nearly half the population above five years old – suffer visual impairment.

Among them, 450 million are near-sighted, and rates were rising. Many of the cases have been caused by excessive screen time. 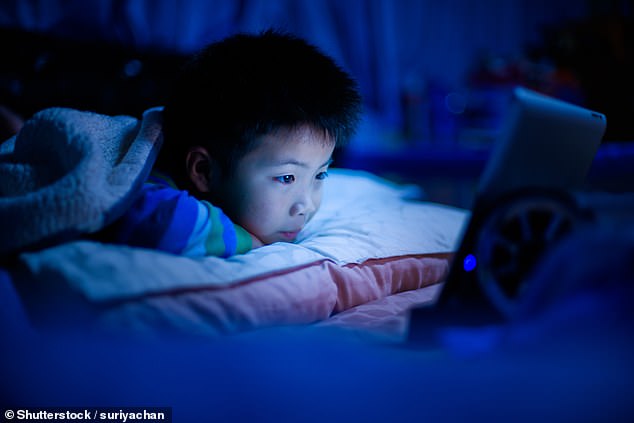 Serious fascination with games has also seen some families’ savings blown up after parents give their phones to their children to keep them quiet – without realising that they are playing games that require constant top-ups.

It comes after a study released in May said that video game addiction is an issue for one out every 10 gamers and can result in mental, social and behavioural issues.

US psychologists claim 10 per cent of gamers – a ‘significant minority’ – play in a way that is harmful or causes negative long-term consequences.

They fall into what they call a ‘pathological’ gamer category, characterised by excessive time spend playing video games, difficultly disengaging from video games and a ‘disruption to healthy functioning’.

WHY HAS THE WHO CLASSIFIED INTERNET GAMING AS A MENTAL HEALTH DISORDER?

The World Health Organisation has classified playing video games on the internet as an official mental health disorder.

‘Gaming disorder’ is defined as ‘a pattern of gaming behavior characterized by impaired control over gaming, increasing priority given to gaming over other activities to the extent that gaming takes precedence over other interests and daily activities, and continuation or escalation of gaming despite the occurrence of negative consequences.’

To be diagnosed with gaming disorder, the individual must:

(2) Have experienced this impairment for at least 12 months

WHO advises gamers to be mindful of how much time they spend playing, especially if it is to the exclusion of other daily activities.

They should also be alert to changes in their physical or psychological health and social functioning which could be attributed to gaming.

PIERS MORGAN: I know who killed Ashli Babbitt but you don't, and neither does her family

Democrat Eric Adams criticizes his party for 'demonizing' police: 'Few have ever been part of law enforcement'

Covid circumstances are falling or levelling off in each area of England, official figures present, amid...