Former attorney-general Christian Porter has dropped his defamation case against the ABC.

‘All parties have agreed to not pursue the matter any further. No damages will be paid,’ the broadcaster said in a statement.

Mr Porter filed a case against the ABC and journalist Louise Milligan in March, claiming he was the victim of a malicious ‘trial by media’ regarding allegations that he raped his 16-year-old female debating teammate in Sydney 1988, when he was 17.

The former attorney-general was not named as the alleged rapist in the ABC report published on February 26, but outed himself as the senior minister accused of the crime in a tearful media conference before going on mental health leave.

His lawyers claimed ‘many Australians’ could have figured out the story was about him and challenged the ABC to prove the allegations are true in the Federal Court.

But after mediation, Mr Porter – who strongly denies the allegations – has decided to drop the case.

He was not paid any settlement fee but the ABC has updated its article with an editors’ note expressing ‘regret’ that readers may have thought the minister was guilty.

The note reads: ‘On 26 February 2021, the ABC published an article by Louise Milligan. That article was about a letter to the Prime Minister containing allegations against a senior cabinet minister. Although he was not named, the article was about the Attorney-General Christian Porter.

‘The ABC did not intend to suggest that Mr Porter had committed the criminal offences alleged.

‘The ABC did not contend that the serious accusations could be substantiated to the applicable legal standard – criminal or civil.

‘However, both parties accept that some readers misinterpreted the article as an accusation of guilt against Mr Porter. That reading, which was not intended by the ABC, is regretted.’

In its statement, the broadcaster added: ‘The ABC stands by our investigative and public interest journalism, which is always pursued in the interests of the Australian community.

‘The ABC stands by Louise Milligan, one of Australia’s foremost and most awarded investigative journalists, and all our journalists in their independent and brave reporting on matters about which Australians have a right to be informed.’ 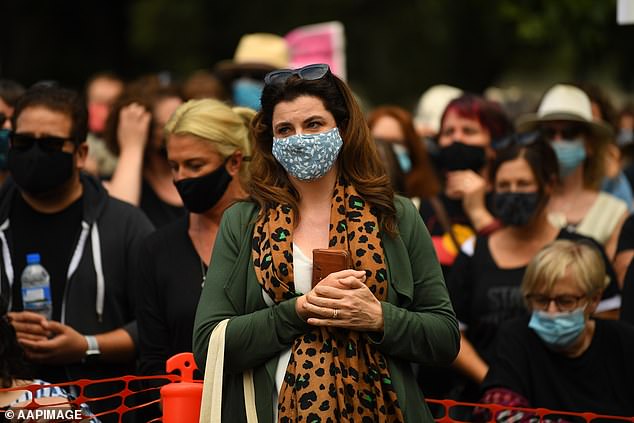 In his emotional press conference in March, Mr Porter confirmed he attended a debating competition at Sydney University with his accuser when he was 17 and she was 16, but categorically denied any sexual involvement with the girl.

‘The things that have been claimed to happen did not happen,’ he said through tears.

‘I did not sleep with the [alleged] victim. We didn’t have anything of that nature happen between us,’ he added.

Mr Porter admitted that he can’t remember all details of the night in question but insisted he would not have forgotten having sex with someone.

‘The things I have read did not happen. And to suggest that they could be forgotten is ridiculous, they just never happened,’ he said. 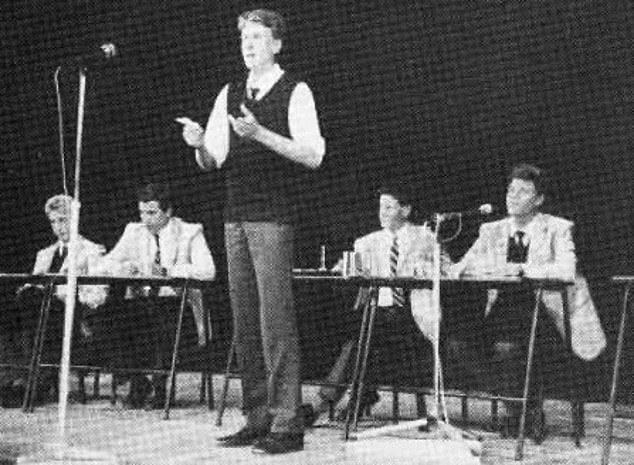 Police released a statement with a timeline of how the accuser, a 49-year-old academic, worked with detectives – first attending Kings Cross Police Station on February 27, 2020, along with a support person.

At the meeting, the accuser told officers she had health problems and that she ‘dissociates’. Disassociation is described by Australian health authorities as ‘a mental process where a person disconnects from their thoughts, memories or sense of identity’.

The accuser, who took her own life last year, said she ‘wanted to ensure when supplying her statement that was as coherent and as grounded as possible,’ the police statement said.

The day before her death she contacted police again, saying she did not want to continue with her complaint.

NSW Police Commissioner Mick Fuller said officers never received the full dossier of the woman’s allegations before deciding to drop the investigation, saying they had only been given a summary.

1988: Debating competition in Sydney at which woman later alleges she was raped

Bulgaria cleans up its beaches by renovating its water treatment facilities

Iran suspends flights with Britain due to the new Corona strain

Due to Covid-19, Mardi Gras parades are canceled in New Orleans next year

Adviser to MP Craig Kelly is arrested, charged with sexual touching and 16 other alleged offences

‘No say over my body’: Alleged US ICE detainee medical abuse

Russell Brand 'is left devastated after his German Shepherd Bear mauls wallaby to death on walk...