CHRISTOPHER BIGGINS: Mayor, your cycle lanes are killing my London


Maybe it’s because I’m a Londoner but I love whizzing around London town. Get me behind the wheel of my (fully electric) car and – toot toot! – I’m practically Mr Toad.

I gaze through the windscreen with a huge smile on my face as I whir through the city. I adore every chimney pot and shopfront, every pavement and palace. Memory lane or magical mystery tour, it’s all the same. Driving is an ever-changing joy in the city I call home.

Or at least it was. 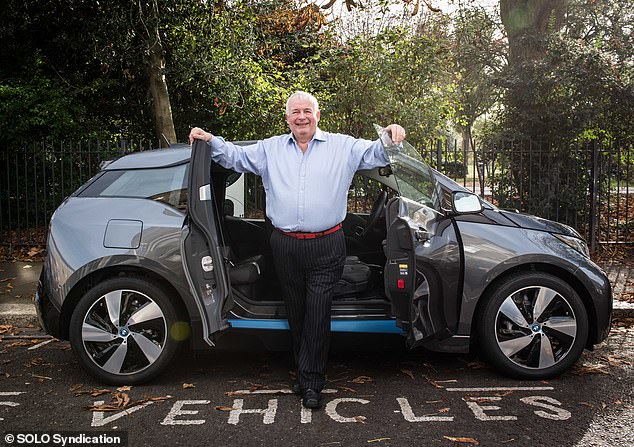 Christopher Biggins, pictured with his electric BMW i3 has reduced his carbon footprint, though, despite his efforts, he still gets stuck in terrible traffic jams caused by Mayor of London Sadiq Khan’s new cycle lanes 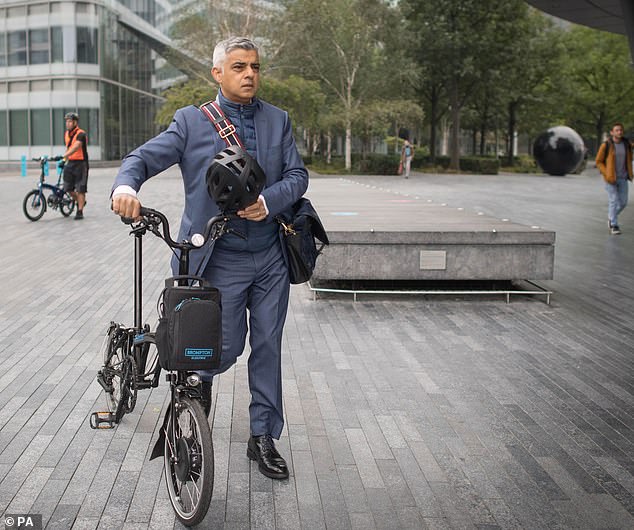 Mr Khan, pictured, wanted to make it easier to get around the city by walking or cycling after the government advised people to avoid public transport due to Covid 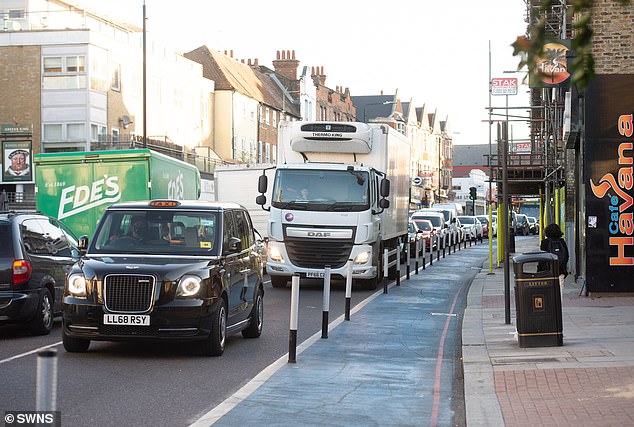 These days everything has changed. The streets of London aren’t full of smiles. They’re chock-full of traffic. Every road in every direction is snarled up by road closures, newly narrow lanes, suddenly wider (but oh so empty) pavements, and bike lanes so big you could land a plane on them.

A year ago, I could do an emission-free drive from my home in glamorous Hackney and get anywhere in London in under an hour. Today I need to allow two. Could it soon be three?

And heaven help anyone who needs to catch a train. Have you seen the new, all-day jams on the Euston Road past King’s Cross and St Pancras?

Stress levels are even higher if you’ve got a hospital appointment. And let’s not even think about waiting at home for a plumber or electrician, or a delivery. Where are the workers? They’re stuck in traffic, on roads where two lanes have become one.

Why the madness? The people who run London say they need to block roads and widen pavements so pedestrians can social-distance.

Seen anyone on the pavements in the City lately, Mr Mayor? Seen many shoppers in the West End? I just see traffic. Anyone with sense stays away.

Why else has London turned into a giant car park with every motor running? Because of the bike lanes. Now, I’m as keen as the next man to look at handsome cyclists in shorts. But how many lanes do we need?

Just north of Battersea Bridge, cyclists get a choice of two. There’s the old, green-painted bike lane that takes up half of the pavement. Don’t fancy it? Then there’s a new, blue-painted one running alongside it where cars used to go.

It’s the same on the nightmare that is Park Lane. After the hell of Hyde Park Corner, hemmed-in drivers can only inch forward in an endless, fume-filled jam. The lesser-spotted cyclist, however, can zip up a brand-new, madly-wide bike lane. But wait a minute. What’s that other thing outside yonder (car) window? It’s the old bike lane in the park that runs exactly parallel to the new one. Cyclists take your pick. Drivers wait your turn.

And all this while drivers pay tax, insurance and carry licence plates that mean we face fines if we break the rules. Cyclists? None of the above. Apart from the breaking the rules bit, which we see them do every day.

So have the people who run London declared war on motorists? It’s a yes from me, especially after a weekend away when I found giant flower pots had been brought in to close roads and block my route home. Local friends say their once-quiet street is now a rat-run because cars have to find somewhere else to go. I’d laugh if it wasn’t so tragic. After all, when I was in The Rocky Horror Picture Show in the 1970s, I dreamed of being a big-time movie-star and living in Los Angeles. All these years later LA’s gridlock has followed me to London… with a vengeance.

Want to see the human cost? Look at the exhausted faces of the endless line of white-van drivers on Embankment every day. They’re the makers and the doers we need to keep the economy going. They’re at the wheel, earning nothing, on a hugely polluting, stop-start journey across town that takes twice as long today as it did last year.

And our other heroes – the police, fire and ambulance drivers? When we need them they’ll be in the jams too. Terrifying but true.

And it’s only going to be after the next disaster that we realise how much this matters.

People of my age used to find our way around London using an A-Z. Now we can’t get from A to B. And while the Mayor may want to drive cars out of London, he needs to know that he’s driving people out as well. I can’t count the number of friends who’ve had enough. They’re selling up and heading to the country. For the first time, I’m thinking of joining them.

Extending the Congestion Charge – so people even have to pay to drive to church on Sundays – may raise a bit of cash today. But what about tomorrow? I dread to think what foreign tourists (remember them?) will think if they take a black cab from Harrods to the British Museum. The journey would take half their holiday. It would cost half their plane fare. They won’t rush back. That’s going to hurt all my beloved theatres, restaurants and the whole West End.

Sadder still, this just chokes the life out of the city I love. It’s the city I want to help in the current crisis. I can spend a bit of money. I’ve got time on my hands and an emission-free electric car. My life should be a cabaret, old chum. Instead, it’s a pantomime. So come on, Mr Mayor. Free my city. Open our streets. Let’s drive out of this nightmare and keep London alive.

Stock-out: Your iPhone not arriving in time for Christmas is a consequence of problems that began centuries ago | News | ICON

Stock-out: Your iPhone not arriving in time for Christmas is a consequence of problems that began centuries ago | News | ICON

In the oldest mansions in New England, especially those that belong to or belonged to renowned families such as the Forbes or the Delano, you can still...

Black Friday shoppers were seen running for cover after a suspected gunman terrorized people at a shopping mall in Durham, North Carolina, which was crowded with shoppers on...

(Trends Wide) -- 25 years ago, a Maryland medical student got lost in the car, took a wrong turn, and ended up answering the prayer of a...

Eating with others protects you from angina pectoris.. How to protect yourself from heart disease

Yemen: At least 16 dead and 60 wounded as blast strikes airport in Aden