CHRISTOPHER STEVENS: A billion reasons to celebrate 40 years of plucking our heartstrings

Alex Jones summed it up. Every year on Children In Need, there’s a moment that breaks through your reserve and touches your heart.

Before you can stop yourself, you’re on the phone, eyes leaking, pledging money.

For her, it was Gareth Malone’s massed children’s choir in 2011 that epitomised the feeling. 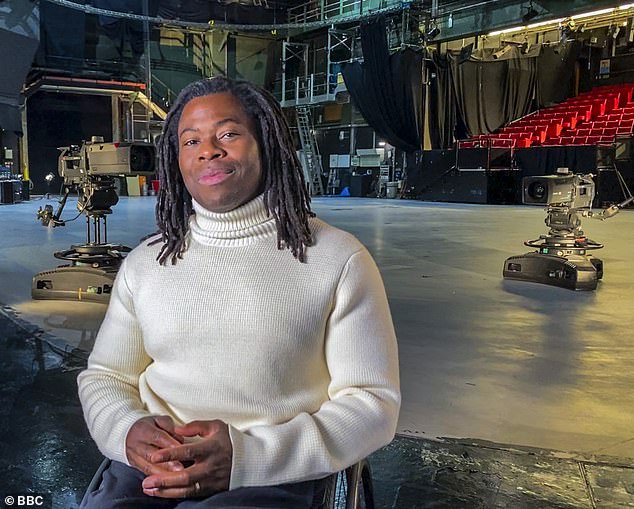 For me, it was the thrilled shrieks last year of a young superfan watching Jodie Whittaker’s Doctor Who on a giant screen when, with a wave of her sonic screwdriver, the star appeared in person.

Ade Adepitan’s round-up, Children In Need: 40 Fabulous Years (BBC1), celebrated dozens of those memories and promised more, with the show back on Friday November 13 to add to the total of more than £1 billion raised for charity.

Malone will be one of the stars involved and we glimpsed his lockdown look — the boyish haircut has gone, replaced by long tresses swept back, country ‘n’ western style.

Teasing comments about people’s appearance is a Children In Need tradition set by its long-time presenter, the late Terry Wogan, who never could resist a quip about other people’s clothes and hair.

One year he was joined on the sofa by Joanna Lumley in a black blouse with yellow polka dots.

He called her ‘a wasp with the measles, in bondage boots’. Sir Terry had no business poking fun.

Fronting the BBC’s Christmas Appeal, the forerunner to Children In Need in 1979, he sported a black pullover with a white rolled collar.

It looked like he had a giant Polo mint for a polo neck. 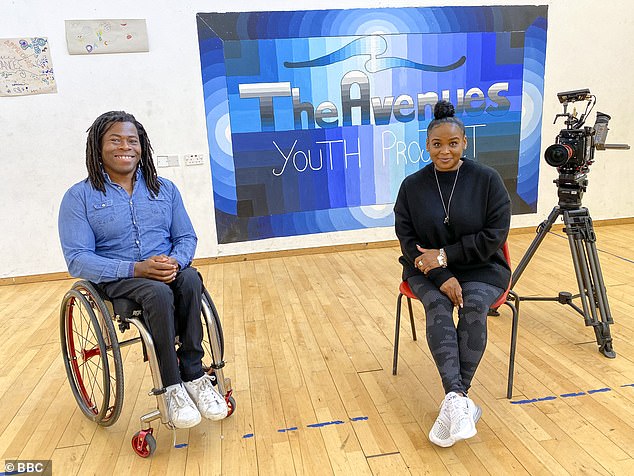 The show will be back on Friday November 13 to add to the total of more than £1 billion raised for charity (pictured Ade Adepitan, left)

He is still revered by current presenters. Tess Daly remembers being warned, just before working with him for the first time: ‘Just to let you know, Terry doesn’t like to rehearse very much.’

That was an understatement. As DJ Nick Grimshaw remarked: ‘He’d take scripts as a mild suggestion of what to do.’

Some of the fund-raising stunts will never be repeated. It’s shocking to think that, in the show’s early years, it was fine for a woman in a bikini to act as a human cheque.

Viewers were invited to phone in and name the sum to be written on Claire’s naked stomach, just below the sort code — ’36-24-36′ — before she was handed over the counter to a bank teller. Imagine . . . they still had cheques then.

The highlights were presented as a hit parade from No 40 to No 1, though Ade was at pains to stress this didn’t mean some mattered more than others.

He said this often enough to undermine the format. If you have to keep apologising and explaining, there’s something wrong with the system in the first place.

But any excuse is good enough to see Catherine Tate again as petulant schoolgirl Lauren, barging into the Queen Vic and picking a fight with Peggy Mitchell (Barbara Windsor). 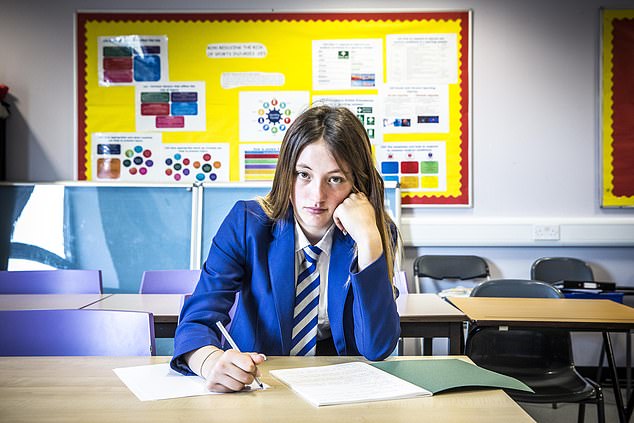 Katelyn, who was frequently to be found wandering the corridors instead of sitting in class, discovered she could concentrate on her work much better with a dog at her feet on Educating Greater Manchester (C4)

‘Are you a Cock-er-nee sparrer?’ she whined. ‘Are you Chas and Dave’s mum? Am I bovvered?’

What Lauren needed was a pet. Some of the more challenging children at Harrop Fold in Salford, on Educating Greater Manchester (C4), were entrusted with therapy animals, and the responsibility worked wonders.

Paige, who suffered from panic attacks, was given a chinchilla named Sebastian. She wasn’t too sure, till Sebastian bounced into her arms and nuzzled her.

Tinkerbell the rabbit caused chaos, because everyone wanted a selfie with her. But the real success of the day was Beans the collie.

Katelyn, who was frequently to be found wandering the corridors instead of sitting in class, discovered she could concentrate on her work much better with a dog at her feet.

I’ve said it before . . . pets should be available on the NHS.