CHRISTOPHER STEVENS: A vile honour killing and a copper who only steely Keeley could play


CHRISTOPHER STEVENS reviews last night’s TV: A vile honour killing and a copper who only steely Keeley could play

Keeley Hawes is actually triplets. That’s the best explanation for how she can star in practically every primetime drama: there’s three of her.

Mumsy Keeley always has a glass of gin in her hand, in period dramas such as The Durrells and Summer Of Rockets. Glamorous Keeley calls the shots as an oversexed politician in Bodyguard.

But it’s when she wipes the make-up away that we know she’s really taking charge, as a lank-haired corrupt copper in Line Of Duty, a desperate wife in The Missing or a steely eyed spy catcher in Traitors.

And it’s no-nonsense Keeley who takes the lead in Honour (ITV), playing DCI Caroline Goode: the real-life detective whose relentless murder inquiry in 2006 exposed not only a culture of rape and misogyny among London’s Iraqi-Kurd community, but an alarming reluctance by the police to protect women in terror for their lives. 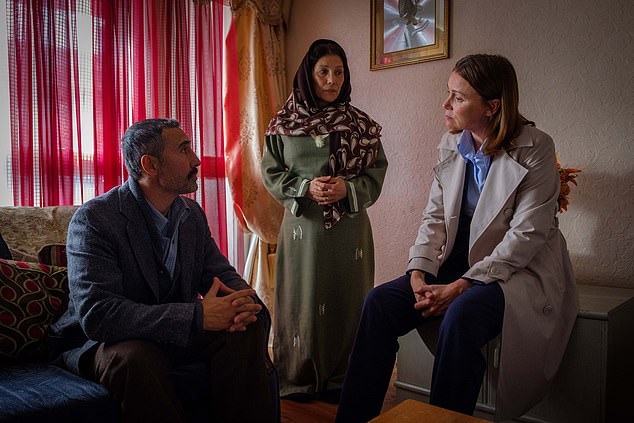 Keeley Hawes plays DCI Caroline Goode: the real-life detective whose relentless murder inquiry in 2006 exposed not only a culture of rape and misogyny among London’s Iraqi-Kurd community, but an alarming reluctance by the police to protect women in terror for their lives

The drama is based on the killing of 20-year-old Banaz Mahmod, who went to the police five times with fears that her family wished her dead. Each time she was ignored or accused of seeking attention.

Her crime was to fall in love with a young man, instead of submitting to a forced marriage — even though her first marriage, at 17, had descended into rape and violence before ending in divorce.

There’s an enormous amount of factual background to cram in: the camera repeatedly cuts back to the incident room whiteboard, festooned with big mugshots and clearly printed names, to help us keep track of the various uncles, cousins and family friends suspected of murdering Banaz.

With so many videos of interviews and boxes of phone records, the evidence becomes smothering. To keep the drama human, Hughes includes plenty of back-office banter between detectives.

One of them is sleeping on the floor behind her desk, and nipping out to buy fresh undies every day. The station junior knows his place — he brings his boss takeaway coffees and muffins. 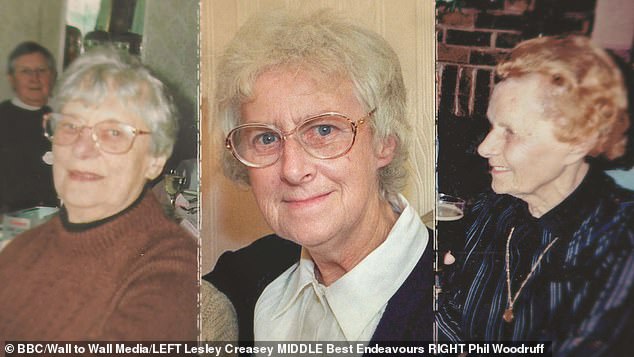 The Shipman Files: A Very British Crime Story (BBC2) asks how the GP from Hyde, Greater Manchester, could have got away with killing scores of his patients over more than 20 years

Keeley has to strike a balance between the dialogue, straight out of a detective novel, and the plot, which often feels like a crime report. To make her role harder, we know nothing about her life outside the police: if she has a family, we don’t see it.

Double act of the day:

Anne and Nick set the template. Then there was Richard and Judy, Phil and Holly. . . Next month, Kym Marsh and Gethin Jones launch Morning Live on BBC1. Good luck, guys — getting it right is trickier than it looks.

But, by the end of the hour, she’d succeeded in making us believe that nothing in her career could ever matter as much as finding justice for Banaz.

This might not be remembered as one of Keeley’s starriest performances, but she has never demonstrated more clearly why she’s the first choice for 9pm dramas.

Invisible murder victims were the theme of the night, with The Shipman Files: A Very British Crime Story (BBC2) asking how the GP from Hyde, Greater Manchester, could have got away with killing scores of his patients over more than 20 years. Filmmaker Chris Wilson narrates the three-parter (which also continues tonight) with a flourishing turn of phrase. Shipman, he said, was ‘not only above suspicion but effectively above the law’.

He almost certainly killed more than 100 people: ‘Even saying it now, it sounds unbelievable.’ Yet the story broke slowly. At first, it was treated as ‘a curious local police case’, not the biggest murder trial in British history — as it would become.

So far, Wilson has not attempted to blame the authorities for failing to stop Shipman decades earlier. Still, this was not a night of TV that senior police will have relished.