For the best rock tribute acts, one thing matters most. It isn’t enough just to play the songs of their idols note for note. What really counts is a great name.

Fake That is a good one. So is Iron Maidens, for the all-female clones of the heavy metal icons. And if you’re going to rock out to an all-girl group, don’t miss New York’s Lez Zeppelin.

Abbatoir play Swedish pop at a volume to make your ears bleed. But the outright champions of pun rock are Proxy Music . . . with a name as witty as Bryan Ferry’s convoluted lyrics. 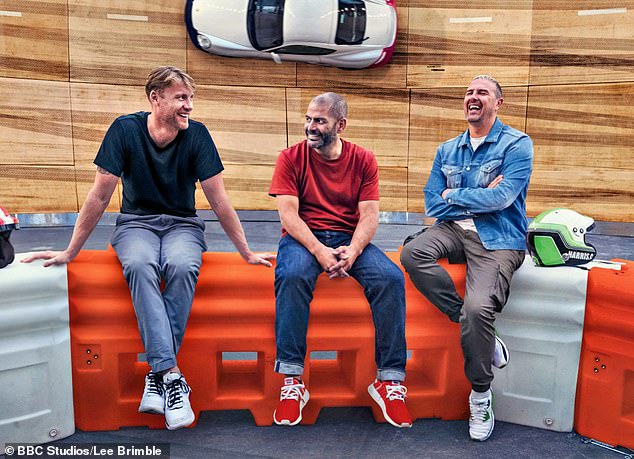 Calling it Flop Gear or Flat Tyre wouldn’t be completely fair, because this show is starting to mesh again after years in the pits. The three stars actually make each other laugh — not the fake hilarity of the Chris Evans and Matt Le Blanc series, but genuine giggles.

Still, they are very obviously using someone else’s format. A producer set them a series of challenges as they motored round Paddy’s home town, Bolton, in a trio of test cars.

Then Chris gave the new Ferrari a spin before handing it over to their silent, white-clad racing driver, the Stig.

They’re doing exactly what Jeremy Clarkson and co invented, 20 years ago, the TV equivalent of cover versions, and passing all this off as their own.

It’s as though the girls of Lez Zep played Stairway To Heaven and claimed it as ‘a little number we just wrote’.

The Beeb must believe in them, though, because this is Top Gear’s first ever season on BBC1. 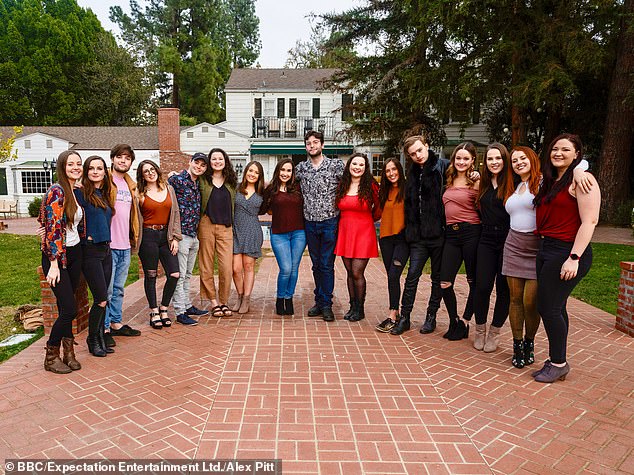 Lonely 21-year-old Oli Benjamin was searching for the confidence to go his own way, in the dispiriting documentary 25 Siblings & Me (BBC2)

The boys are best when they’re being themselves, not following scripts written for other people.

It’s easy to believe that Fred’s favourite feature on his Tesla saloon really was the dashboard karaoke machine.

A crowd always gathers when Top Gear films, and stand-up comedian Paddy gathered them round for a blast of the party perennial, Sweet Caroline.

Dull reactions of the weekend:

In its heyday, Spitting Image (BritBox) prided itself on jokes as topical as the headlines. This time round, most of the gags about Trump, Prince Andrew and Dominic Cummings could have been written months ago.

If they have the confidence to go their own way, instead of mimicking past triumphs, the show can live again. Let’s call it Back On Track.

Lonely 21-year-old Oli Benjamin was searching for the confidence to go his own way, in the dispiriting documentary 25 Siblings & Me (BBC2).

Oli, who has Asperger’s syndrome — a type of autism that affects his social skills — was conceived with sperm from a donor. DNA testing revealed that he has more than two dozen half-brothers and half-sisters in America, so he set off to meet them with high hopes of forging close bonds.

Seeing those hopes slashed to shreds was quite pitiful.

The Americans couldn’t fathom Oli’s sense of humour, his earnestness or his eccentricity. One told him that his autism meant he should never think of having children, with no apparent disagreement from the other 24. Oli was better off not knowing them.

He’s a bright, likeable, bravely defiant young man, and it’s no wonder his mother Jody is so fiercely proud of him.

Exactly why the siblings were so hostile to the British boy was hard to gauge. The film made no attempt to get to know them.

It also failed to find out basic facts about Oli. Is he a student? What does he want to do with his life? Why does he wear lipstick and eyeliner — didn’t he want to talk about that?

At 90 minutes, this documentary was far too lengthy to get away with dodging so many questions.

Dak Prescott after Cowboys' loss to Browns: I would trade records for more wins