You wouldn’t want to invite Kevin McCloud round to take a look at your new conservatory. When that man takes against something, he’s a human wrecking ball.

Confronted with a brutal palace of metal chunks and glass daggers on the edge of Dartmoor, he was scathing, as Grand Designs (C4) returned. ‘It doesn’t look like a house,’ he scoffed. ‘It looks like some kind of exercise in unconventional engineering. It’s a nightmare, it’s nuts.’

He also compared it to a shattered vase and called it ‘a horror show’. The plans were dreamed up by an Exeter multi-millionaire called Joe, with a wife, Claire, three children and a garage full of Ferraris. 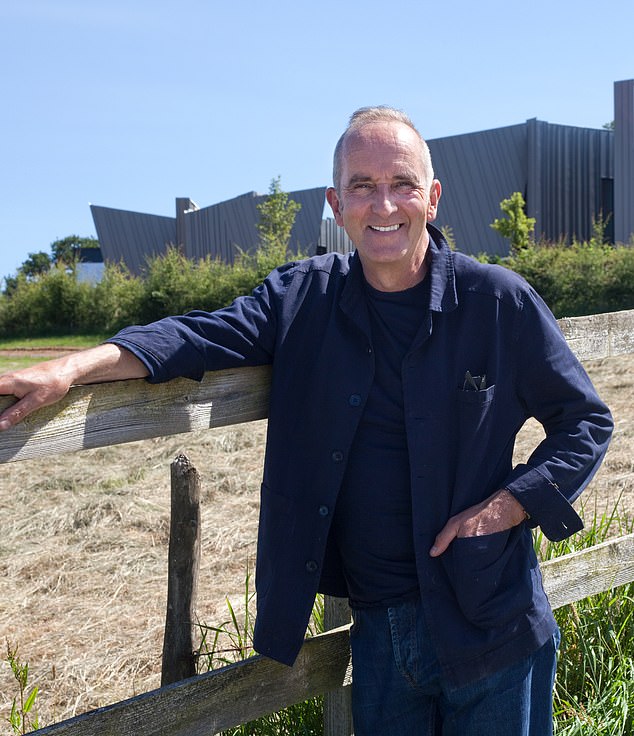 You wouldn’t want to invite Kevin McCloud (pictured) round to take a look at your new conservatory. When that man takes against something, he’s a human wrecking ball

Joe and his architect had a vision: a wooden frame sawn to size in a factory, clad in zinc, with triple-glazing that slotted into position. The budget was £835,000 across six months.

Suffice to say, it didn’t quite work out like that. Like a dodgy flatpack, the wooden beams swelled and didn’t fit together. The £15,000 windows stubbornly refused to go in, and as the work dragged on for four years, labour costs alone were up to 20 grand a week.

This is what we long to see in Grand Designs. Though it masquerades as a celebration of the eccentric and the ambitious, it’s really comfort viewing for traditionalists who would sooner have a caravan than some mad modernist extravaganza. 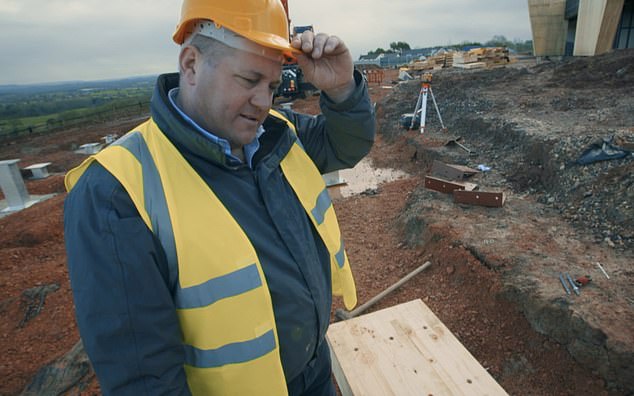 Confronted with a brutal palace of metal chunks and glass daggers on the edge of Dartmoor, he was scathing, as Grand Designs (C4) returned

Among our number is Phil the foreman. ‘I wouldn’t want to live in a house like this,’ he said. ‘Ludicrous really.’ By the time the building was habitable, Joe had spent ‘around £2.5 million’. And the windows didn’t open: ventilation came from the raised floor.

All the rooms were arranged along one narrow corridor, like a hotel, with a gym at one end and the bathroom at the other . . . so that, as Kevin pointed out, you’d have to walk the length of the house, dripping sweat, to get to the shower.

The kitchen, which was compact, cost a bone-shuddering £125,000. Joe explained that the worktops were built from some mysterious substance, that looked suspiciously like Formica.

Squad number of the night

Lee Mack was living his fantasy of being a professional footballer, in Road To Soccer Aid (ITV). This year, he sported a No 7, the mark of Best, Keegan and Ronaldo. Last year, he wore 999 . . . ‘in case they needed to call me an ambulance’.

I couldn’t help remembering that episode of the royal sitcom The Windsors, where Prince William has Kensington Palace renovated with £1 million joists cast from solid platinum . . . which turns out to be iron covered in silver paint.

Out of grudging politeness, Kevin had to pretend to like the result. But if you watched the credits to the end, he made his feelings felt — with a silent shot of Joe’s little boy charging down the corridor leaving mucky handprints everywhere. Not the presenter’s idea of a family home, then.

Michael Portillo was resting his sore feet in a more old-fashioned abode, as he stayed at the Beeny Cliff rectory where Thomas Hardy courted his wife Emma, on Coastal Devon & Cornwall (C5).

The owner Sally was eager to show him the French windows that Hardy describes in A Pair Of Blue Eyes. Michael was more keen to shut his own peepers and get some kip.

You can’t blame him. His trek along the full length of the West Country coastal path, from Exmoor to Land’s End and back to Poole Harbour, looks exhilarating and exhausting.

Usually he takes the train on his explorations. This time, he’s on foot, constantly fearing he’s going to be blown over the cliff by 70mph winds. Since boyhood, he’s had a fear of big breakers, too.

More than once, he talked longingly of Spain, where he has a house. This show should be called Michael Portillo Can’t Wait To Finish Filming.

Depay: We didn't play enough against Norway and De Jong is the only exception