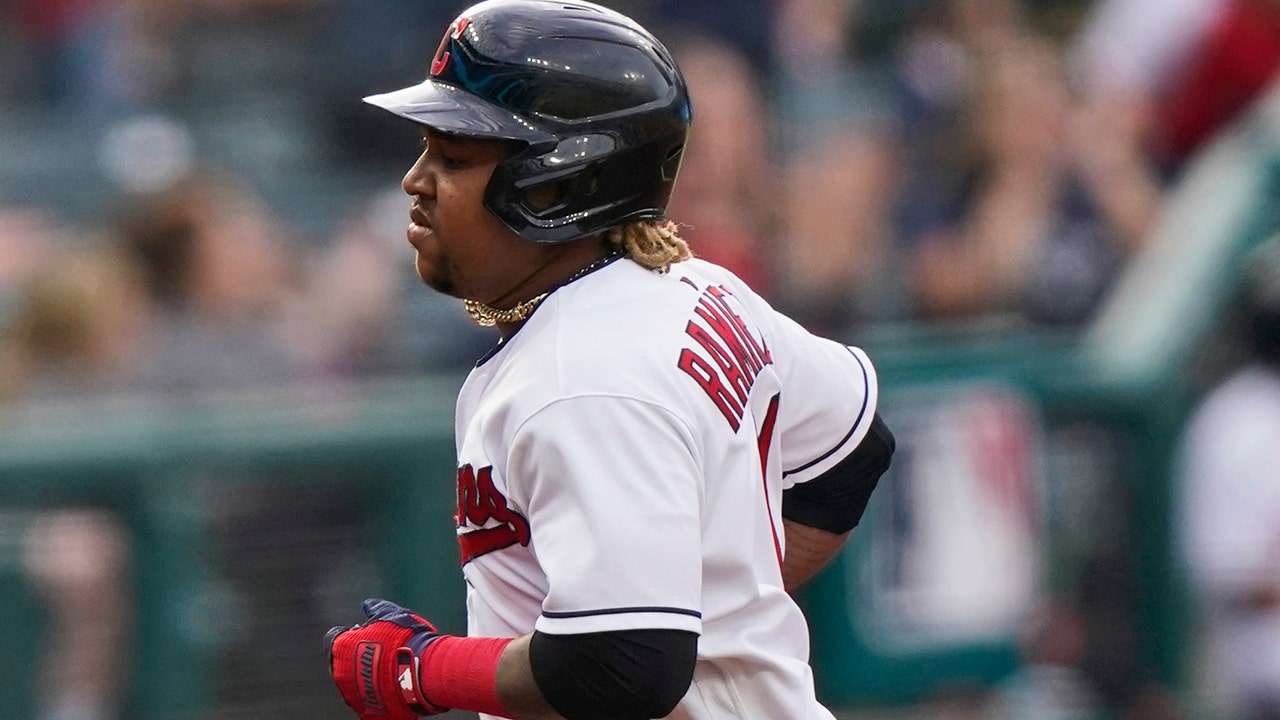 César Hernández had a two-run triple and Ramírez had two hits and scored twice for the Indians, who moved a season-best nine games over .500. Cleveland seized control 6-3 in the third inning by scoring five runs off Keegan Akin (0-2).

The Orioles tied the eighth-longest road losing streak in major league history and are approaching the record of 22, shared by the 1943 Philadelphia Athletics and 1963 New York Mets and matched by Arizona on Wednesday night in a 13-7 loss to San Francisco.

“We had 12 hits and scored seven runs, but we just had one bad inning,” Baltimore manager Brandon Hyde said. “Sometimes, that’s the way it happens. We came back and answered, but not enough.”

“It was the bullpen and offense for us,” Civale said. “Baltimore made a lot of contact, so I tried to utilize my pitches the best I could. You’ve got to take those games when they happen. That’s when you get picked up by the guys and why it’s a team game.”

Ryan Mountcastle went 3 for 5 with a homer and four RBIs, and Trey Mancini had three hits and scored three runs for Baltimore, which has the worst record in the AL at 22-45.

Mountcastle’s two-run homer to left pulled the Orioles within 6-5 in the fifth, but Hernández restored Cleveland’s three-run lead in the sixth by tripling home René Rivera and Bradley Zimmer with two outs.

Baltimore scored twice in the seventh off Shaw, cutting its deficit to 8-7 on back-to-back RBI singles by Austin Hays and Maikel Franco.

“I thought we had a pretty good chance to come back and win the game with the way we were swinging the bats,” Mountcastle said. “Unfortunately, it just wasn’t enough.”

Akin gave up a career-high eight runs and struck out seven in 5 2/3 innings, his longest outing in the majors. The left-hander permitted the first six hitters to reach base in the third inning.

Ramírez provided the go-ahead hit, singling home Hernández and Amed Rosario before winding up on third base after escaping a rundown between first and second on the same play.

Miscommunication between second baseman Pat Valaika, shortstop Freddy Galvis and third baseman Maikel Franco resulted in Ramírez reaching second, then sprinting to third when no one covered the bag.

“We didn’t do many things right on that,” Hyde said. “It just got botched. You’ve got to follow and you can’t be standing around. Someone has to get to the base.”

Baltimore opened the game with four straight hits off Civale, including RBI singles by Galvis and Mountcastle to take a 2-0 lead. Ramírez hit his 15th homer of the season in the first for the Indians.

Cleveland’s Eddie Rosario singled in the second on a pitch that he didn’t swing at. An inside fastball from Akin struck his bat handle and dribbled toward third base, giving Rosario time to reach first after initially not running.

“A lot of our guys are having a good time right now,” Rosario said.

Orioles general manager Mike Elias declined to comment on the contract status of Hyde, but said his performance will not be judged by wins and losses. “I hired Brandon — hand-picked him for this job — and he is a partner with us in this multi-year process,” Elias said. Hyde is 101-188 in three seasons with Baltimore. “We knew this was going to take some time, and it’s going to take some time,” Hyde said.

Orioles: 1B Chris Davis (left hip labrum surgery) has shifted his injury rehabilitation to Baltimore and should be cleared for baseball activities by early September, according to Elias. Davis has been ruled out for the season.

Indians: DH Franmil Reyes (left oblique strain), who has been on the injured list since May 23, is making progress. Reyes will take batting practice at Single-A Lake County later this week and be re-evaluated Saturday.