Cleaning sensation Mrs Hinch opened up about how ‘daunting’ and ‘petrifying’ her experience of fame had been.

Speaking to Phillip Schofield and Holly Willoughby on This Morning, the social media influencer, whose real name is Sophie Hinchliffe, from Maldon, Essex, said she had struggled to keep up with her ascension to fame.

As she prepares to release her memoirs This is Me, the cleaning-enthusiast, counts nearly four million followers on Instagram where she shares cleaning and organising hacks.

Mrs Hinch said she was finally ready to address the abuse she and her family suffered online.

Trolls have been sending hate to the influencer ever since she rose to fame in the past two years, criticising everything, from her hands to her home and family.

Viewers felt for the social media personality and expressed their sympathy. 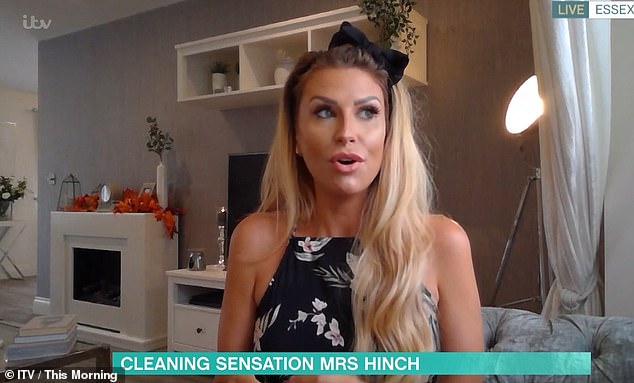 Cleaning sensation Mrs Hinch, a.k.a Sophie Hinchliffe, from Maldon, Essex, said she struggled to keep up with the dark side of her fame on This Morning

Speaking of her rise to fame and the abuse she’s received, Mrs Hinch said: ‘It’s been amazing, incredible, but at the same time it’s petrifying, it’s quite scary,’ she said.

She admitted to struggling to ‘keep up’ with her public profile.

‘There’s been so many highs and the positives far outweigh the negatives, but the dark side of it really is quite dark, to the point where I was never ready for this,’ she added.

Phillip Schofield said he was horrified to find that she even had received abuse about the appearance of her toddler son. 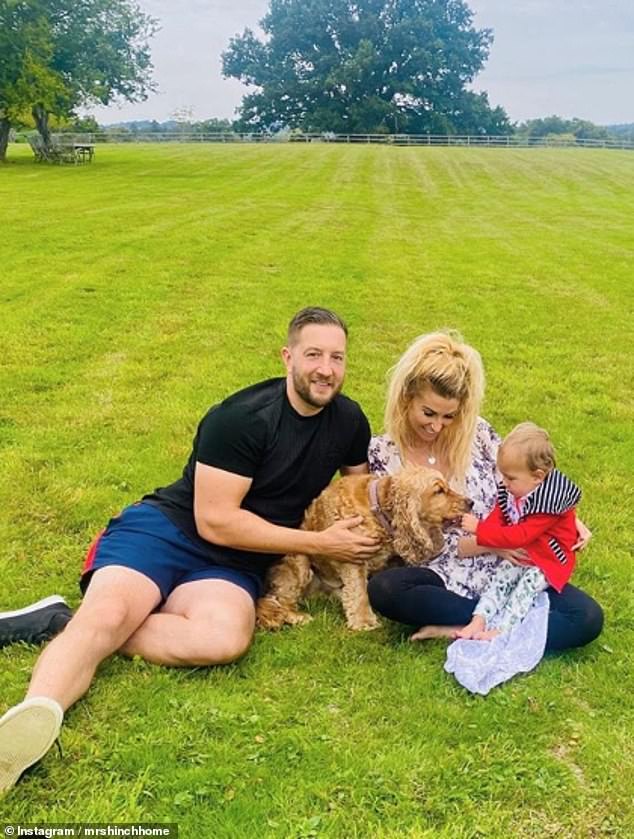 ‘The thing is Phil, I don’t really talk about it or address it on my channel because I’ve always had it as a very lighthearted place to be,’ Mrs Hinch said.

‘But it’s got to a point where I need to shine a light on the fact that people are going through this and people must be so supportive and kind to each other at the moment.

‘And the truth is,’ she added, ‘There is a whole side to this social media influencer world and public eye as such that is so scary and so daunting that I felt it was time.’

‘I’ve ever spoken up or addressed any of these mad theories or rumours and I thought “No, it’s time now”,’ she said.

The influencer confirmed that she and her family received threats to the point where she had to get the police involved.

‘I’ve got a fantastic sort of team around me that have helped me to feel safe again at home, and prepared me in so many different ways,’ she said. 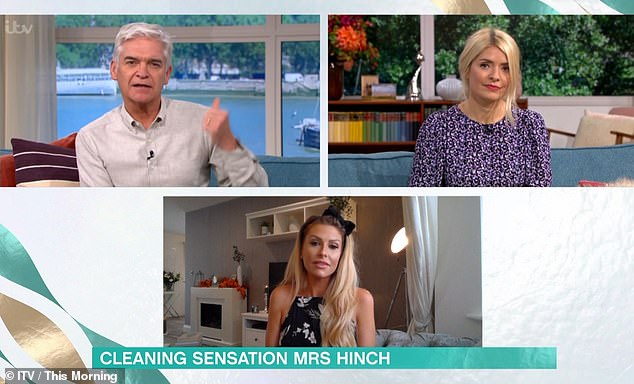 ‘I do a lot of gratitude checks,’ she added, referring to an exercise where one person lists the things they are grateful for.

Going on to say her followers were incredible, the influencer said the positives were much more important than the negative sides of fame, but added: ‘It’s something that’s gotten to a point where it’s too hard not to address it.’

Viewers felt for the social media personality, asking why people would ever want to bully her.

‘Oooo so many bitter and jealous woman commenting about Mrs Hinch! Move along shes not hurting anyone,’ she said.

‘How can anyone troll this lovely lady .. haters gonna hate , honestly some people are just shocking .. keep doing what you do, don’t worry about those types,’ another said.

‘Mrs Hinch Is An Absolute Diamond .. Will Never Understand Why People Troll Her,’ said one.

Shoppers want stores to be closed on Thanksgiving to give workers the day off, survey says