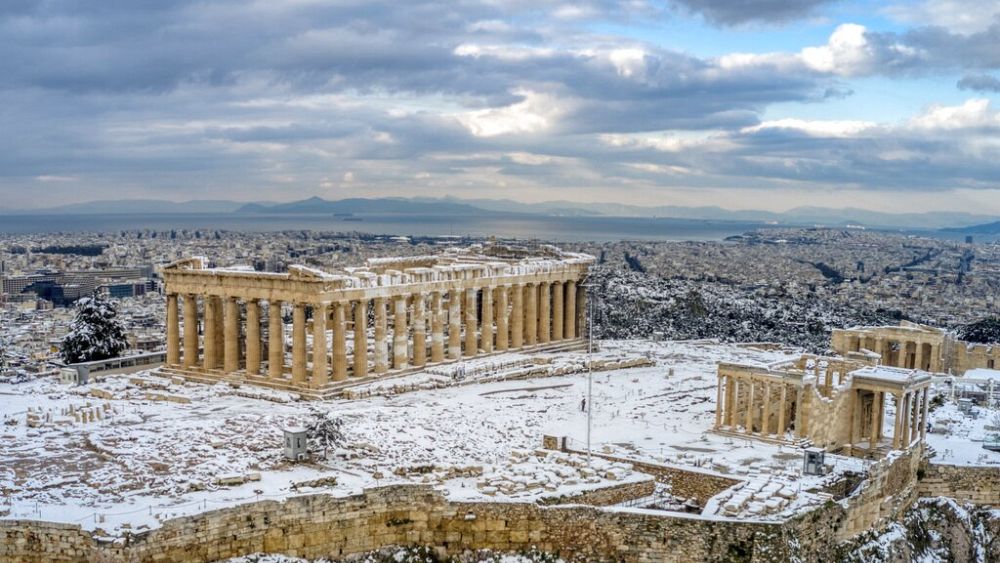 From one extreme to another, the temperatures across Europe have been on a rollercoaster journey this winter.

Greece or Spain have experienced some of the heaviest snowfall in several decades, temperatures have been exceptionally mild for the season in western Europe and there”s been freezing cold in the east.

So, why has there been such extremes in the weather?

The answer lies within the variability of large scale weather pattern drivers: the polar vortex and the jet stream.

The jet stream — currents of fast-flowing, meandering air high above the Earth — has displayed interesting behaviour over the last few weeks following a sudden stratospheric warming.

This led to a weak polar vortex — areas of low pressure and cold air surrounding the Earth’s north and south poles — and in turn disrupted the jet stream; throwing a typical weather pattern out of the window.

This allowed extreme cold air to pour out of the Arctic and into mid-latitude continental regions like Europe, North America and Asia. There has also been record-breaking warmth across the Northern Hemisphere, this opposite extreme often goes hand-in-hand when the jet stream becomes weak and wavy.

Below is a snapshot of the weather setup across Europe in mid-February 2021.

While Spain, Portugal and parts of France basked in spring warmth, eastern Europe shivered in extreme cold with snow reported as far south as Athens and then eventually parts of north Africa and Saudi Arabia.

Wild meanders in the jet stream account for the strong temperature contrasts. The wavy jet stream allows warmth to push north in some places while cold air leaks south from Polar regions in others. It is useful to compare the track of the jet stream to the airmass temperature to show how they are connected.

We often see extremes all around the hemisphere when the jet stream becomes disrupted. The recent cold in North America can be explained in a similar manner. The cold was particularly extreme and widespread, especially for the southern US states which caused widespread blackouts.

Below, is the setup from February 15, 2021, as the jet stream dipped south towards the Gulf of Mexico. The cold air was able to migrate south through the Great Plains east of the Rockies, all the way to the Gulf Coast. This is the strongest cold air outbreak in some parts of the USA for decades.

So, the jet stream has been hectic this winter. What is a normal jet stream like?

In the winter, the lack of solar energy reaching the high latitudes allows the Arctic to cool. Winds encircle this cold pool of air over the Arctic and this is where we get a stable polar vortex with an associated strong/stable jet stream. A strong and stable jet stream means weather patterns will typically propagate around the hemisphere from west to east, restricting the cold air to the polar regions. It is difficult to define a “normal” jet stream as there is a high level of variability.

We typically see something like the strong and stable setup more often than a persistent wavy/weak jet stream. Even a strong and stable jet stream has waviness and meanders, these are often brief though and this limits the longevity of any extreme cold. We observed a very stable polar vortex and strong jet stream last winter (I tweeted this in an animation at the end of last winter).

This was a near-record strong/stable polar vortex and strong/stable jet stream. This helped to keep the cold air locked in over the Arctic, with mostly warm, wet and windy conditions for places like North America, Europe and Asia.

Last winter was the warmest winter on record for the northern hemisphere. Some may even remember that Moscow had to buy snow at Christmas to make the streets feel more festive in the exceptionally warm winter.

Is the wavy jet stream behaviour linked to climate change?

A challenging question with no easy answer.

Over the last three decades, the Arctic has warmed three to four times faster than the rest of the world. Some climate scientists have hypothesised that disrupting the thermal gradient from Arctic regions to the equator is having an impact on the jet stream strength and waviness. This theory attempts to explain the jet stream disruption and may help offer some insight into the resultant temperature extremes across the northern hemisphere (both hot and cold).

However, other scientists claim that there is no clear or obvious trend in the jet stream’s waviness.

We need to ask ourselves: Can we blame the warmest winter on record (which was linked to a very strong jet stream) last year on climate change? But in the same breath blame the weak and wavy jet stream from this year (leading to the extreme cold outbreaks) on climate change? Which one is it? The role of the jet stream in the changing climate is not clear and there are conflicting arguments among scientists, research is ongoing. The United Nations Framework Convention on Climate Change (UNFCCC) pushed only one side of this argument on a recent viral tweet that rattled a few climate scientists who specialise in jet stream dynamics and climate.

Can we expect more extremes in the future?

We cannot attribute every meander or buckle in the jet stream to climate change. This is where the difference between weather and climate must be understood. Natural variability will always play a major role in weather extremes; our atmosphere is a chaotic fluid after all. However, research shows that the jet stream could be changing in different parts of the world at different times of the year as a result of human-induced climate change. There is a tendency for droughts and heatwaves in the summer months to become harsher and a warmer for example. There is a trend for more extreme weather but the trend in jet stream strength and waviness during the northern hemisphere winter is not clear.

We cannot simply blame the extreme cold in North America and the extreme temperature contrasts in Europe on climate change. One thing that is more certain is that cold extremes are becoming fewer.