Mercedes have flown in six staff to plug the Covid-shaped holes left in Lewis Hamilton’s preparations for a history-equalling drive in Sunday’s Eifel Grand Prix.

The home team confirmed on Friday that a second staff member had tested positive for coronavirus with another returning an inconclusive result. Four others were placed in quarantine, having been in contact with the infected two.

None of this background disruption — and the total absence of practice on Friday as a result of the low cloud besieging the Nurburgring — is ideal for Hamilton as he tries to match Michael Schumacher’s record 91 victories. 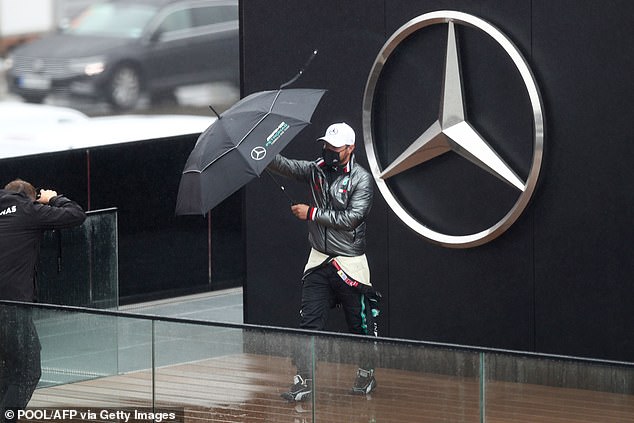 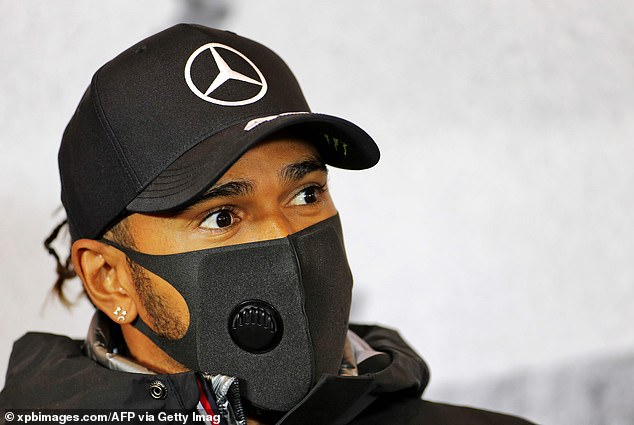 Mercedes boss Toto Wolff said: ‘The drivers are the most restricted of the whole team. It is not a great situation for them because you almost need to live like hermits, and that is what they are doing.

‘They are at home. They are not going out for dinner. They are not meeting any other people within the team. We do the debriefs via Zoom and they are not sitting with the engineers in the room.

‘We are avoiding any personal contact with them. They step into the car, drive the car, keep the distance while we belt them in and then drive.

‘It is critical for the championship that they don’t miss a race or two, so unfortunately they have to be secluded.’

Mercedes, like all teams, are running a tight regime of testing under the FIA’s strict protocols, with Hamilton in a small bubble that includes his trainer Angela Cullen and assistant Marc Hynes. 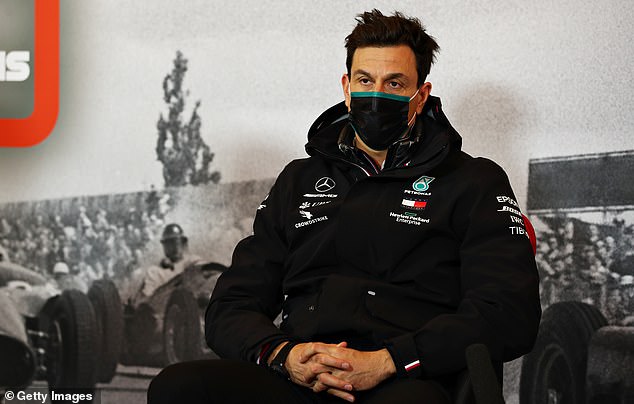 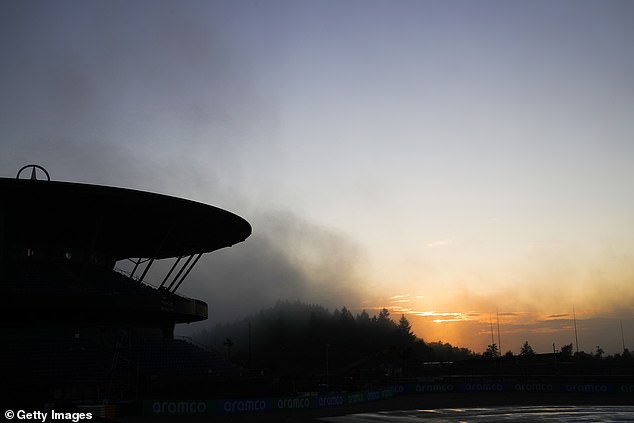 Sportsmail understands the Mercedes personnel are not well-known names or restricted exclusively to one side of the garage.

The reinforcements touched down in Germany on Thursday, following the first of the two positive results earlier that day.

Wolff added: ‘It is certainly not a good situation because every person is very important. This is something that is going to follow us for quite a while.

‘It affects your race, but we have got it under control by having back-up at Brackley (home to the team’s Northamptonshire factory). In that respect, we should be in control of the situation.’

The fog grounded the medical helicopter — it must be operative for all track action to go ahead — and put paid to Schumacher’s son, Mick, making his Formula One debut on Friday morning. The 21-year-old had been due to drive one session for Alfa Romeo. 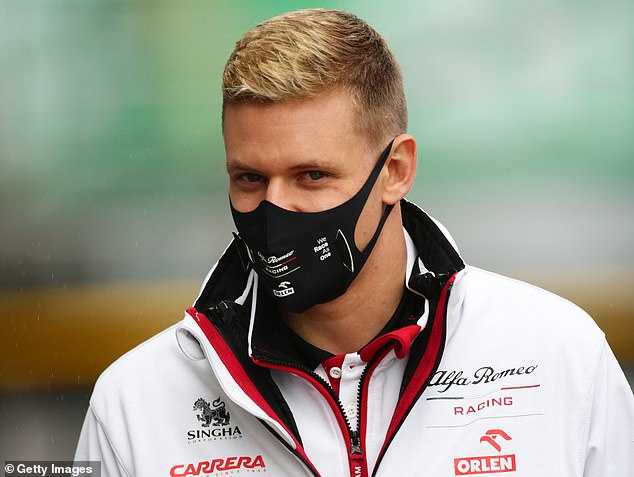 Mick Schumacher, son of Michael, was denied the chance to run for the first time in F1

Schumacher Jnr, who leads the Formula Two standings and is part of Ferrari’s young driver programme, is expected to be handed the Alfa race seat next year.

‘Obviously I would have loved to get out and drive,’ he said. ‘Nevertheless it’s great to be here and get the opportunity to speak with the team, go to the meetings, work with the mechanics and the engineers, and also see the fans.’

He is now expected to be granted his debut in practice for the season’s final race in Abu Dhabi.

Back to the here and now: the lack of running, and consequent missing data, adds a dash of uncertainty to events when they finally transpire.

All the more so because Formula One has been absent from this track, set in the Eifel mountains, since 2013.

Better weather is forecast for the weekend.

Second debate between Donald Trump and Joe Biden is officially OFF

Coronavirus: What is anxiety and how can I get help?

Kamala Harris: A beginner’s guide to the vice-president

By Holly HonderichBBC News, Washingtonimage copyrightReutersKamala Harris will make history when she takes the oath of...