As Sportsmail reported on Thursday James Botham, 22, will make his debut against Georgia this Saturday having only played 13 professional matches for Cardiff Blues and on the strength of two training sessions with Wales this week.

But Kiwi Pivac thinks the Cardiff-born flanker is ready. 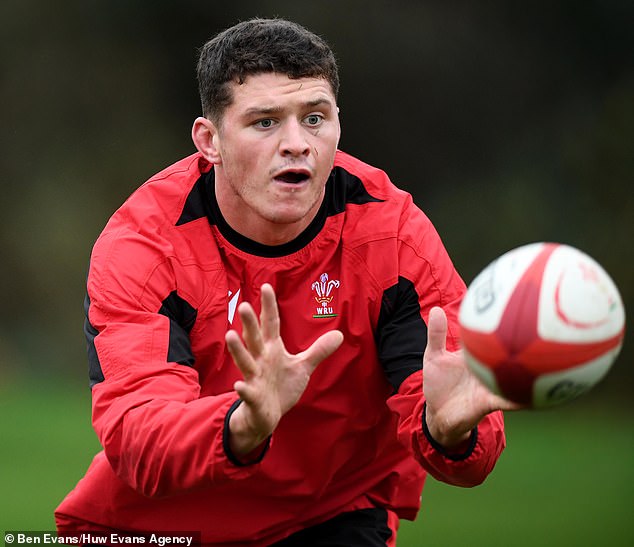 ‘He hasn’t played a minute at this level of the game, but he has played at club level for the Blues and what he’s done in the training environment suggests to me at his age there is a big future for him,’ said Pivac.

‘It’s his size, his athleticism, his skills, and for a young guy coming into a new environment his level of communication and confidence.

‘He has done very, very well in the short space of time he has been with us. You get some players come in, you have attack, defence and skills coaches and some will say they like him with the ball in hand and others might say he has work to do defensively.

‘With this particular player, everyone has been impressed with what he has brought to the table. We’re all thinking the same thing – one, the guy can handle it and two, we want to give him a go. 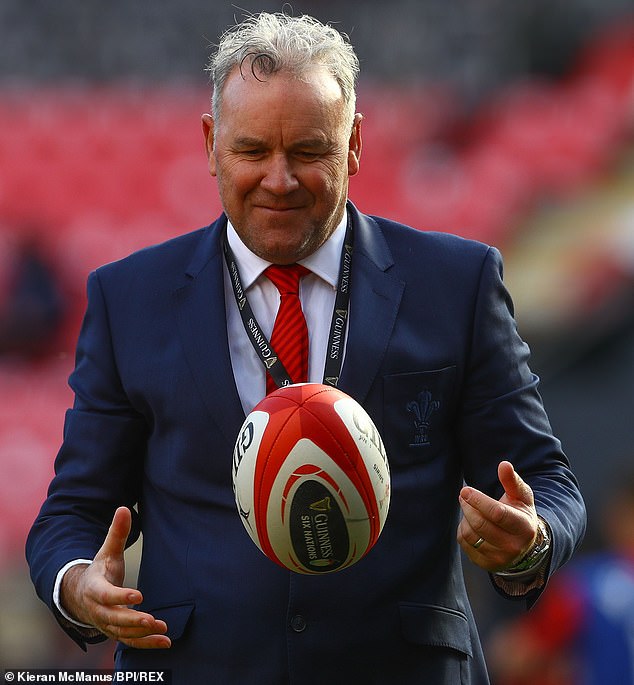 ‘We feel he will be a guy who will step up to the occasion.’

Botham Snr, now a Lord, played 15 Tests against New Zealand hitting three hundreds and taking 64 wickets at an average of 23 including an 11-wicket match haul in the 1978 Lord’s Test.

‘When I saw him play I was obviously supporting the New Zealand team,’ added Pivac.

‘He probably bowled most of the batting attack out single-handedly and scored 100 runs on many occasions. He destroyed New Zealand many times, very good cricketer.’

At 6ft 2in and weighing 16st Botham Jnr will follow his grandfather by adding much-needed beef when he wears the No 6 shirt for Wales this Saturday against Georgia.

‘He can play more than one position which makes him an interesting character if you look at what someone like Josh Navidi has done at Test level,’ said Pivac. 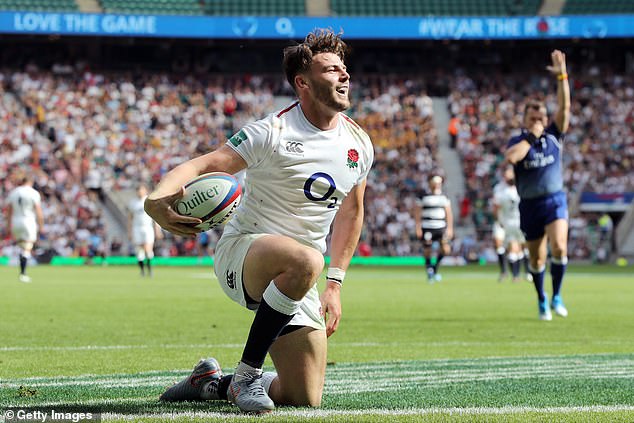 ‘When he stands next to the likes of Josh he’s a bit taller and broader in the shoulders and he probably offers a little bit more at the set-piece.

‘He’s young. We don’t want to put too much pressure on him, but he certainly deserves to be around these guys and we’ll see how he goes on the weekend..’

Botham gets his chance as Navidi is still not able to complete contact drills after his recent concussion, Ross Moriarty’s ankle is not right yet and Taulupe Faletau has strained a medial knee ligament.

Pivac hopes Navidi and Faletau might come into contention for the England game next week, but will be without Jonathan Davies who tweaked his medial ligament too against Ireland in Dublin.

‘It’s looking that way,’ he said of the 32-year-old missing the England match.

‘It’s whether or not we can get him right for the last game. He obviously brings a lot of experience around the young guys. Having him back on the training field for that period of time would be useful to us.’

Botham will not be the only debutant for Wales in Llanelli. In changing 13 men from the galling Autumn Nations Cup defeat to Ireland, Pivac will hand caps to centre Johnny Williams and scrum-half Kieran Hardy, with Bristol full-back Ioan Lloyd another to come off the bench.

Williams’ rise is remarkable as he has overcome testicular cancer to win a Test cap with Wales 18 months after playing for an England XV against the Barbarians.

Fly-half Callum Sheedy and wing Louis Rees-Zammit will make their first starts, with George North released to play for the Ospreys as Sportsmail revealed yesterday.

But despite all these changes Pivac knows he needs a result having lost six times in seven Tests.

‘The whole idea of this autumn series was to learn as much as we can before the Six Nations,’ said Pivac.

‘The past regime had huge success in the past 18 months. We want to build on that and evolve, take it further.

‘There is pressure to get results now, but that will be ratcheted up in the Six Nations and we’re aware of that.

‘Some of our world class players are probably by their own admission not hit their straps yet.’

Mystery buyer who paid £13m for a David Hockney masterpiece