A supermarket worker has made a disturbing and unhygienic find while cleaning up boxes – a dead mouse that had been living in a display box.

The Coles worker shared a photo of the deceased rodent, which appeared to have made its home in the cardboard box, in a private Facebook group for employees.

He wrote, ‘Found this little dude in this mayo carton today,’ Yahoo reported. 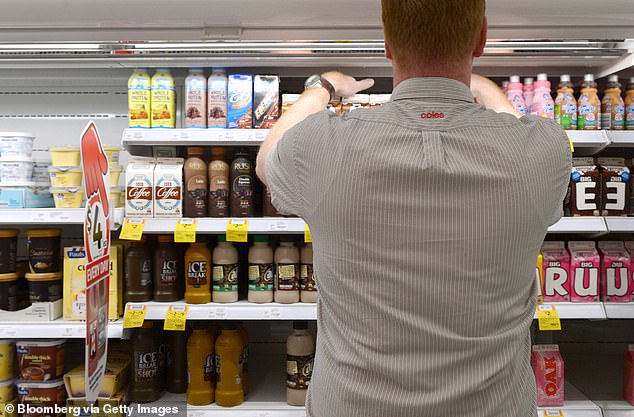 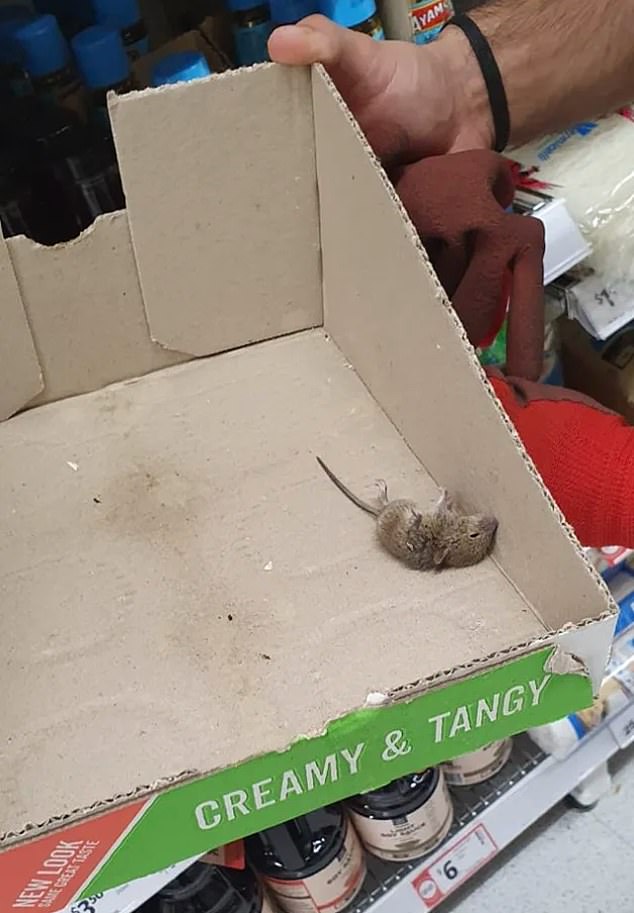 It is not known which Coles store that mouse was found in, or if it was in an area where the current mouse plague has terrorised parts of New South Wales and Queensland.

Coles workers joined the social media thread, with several stating it was lucky staff found the mouse, not a customer.

One joked, ”Mayo Rest In Peace my dude’.

Another speculated ‘RIP mouse, cause of death: Too much mayo consumption’.

A Coles spokesperson told Yahoo News the chain had a process for keeping pests out of stores and controlling them if they get in.

Millions of mice have rampaged across regional NSW and southern Queensland for months – ruining crops and feed, poisoning water tanks and getting into houses. 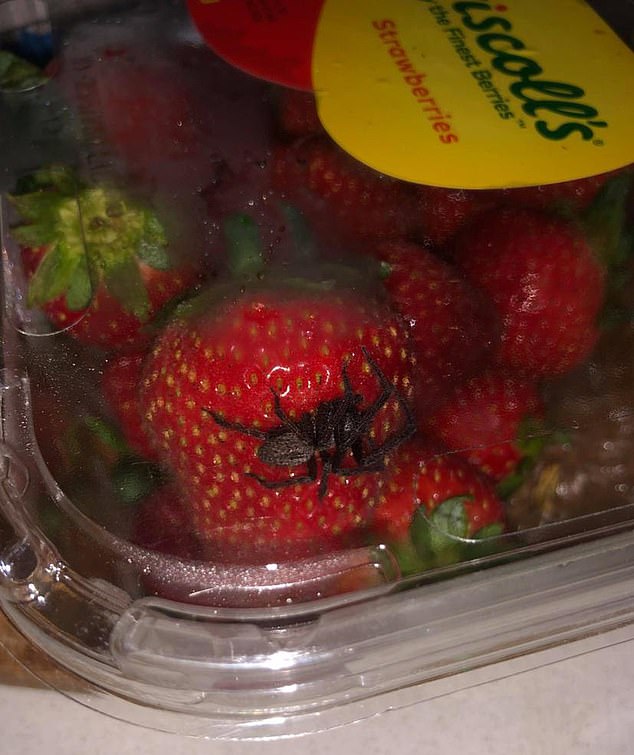 Enter at your own risk: The black house spider in Sydney mum Amber’s fresh strawberries made no effort to hide

Despite well-meaning policies and processes from supermarket staff and suppliers, pests do get to the frontline and sometimes even into customers’ groceries.

A Woolworths customer was startled awake when she unpacked an early morning grocery delivery only to find a live spider wandering in a box of fresh strawberries.

The Sydney mum, Amber, found the creepy crawly alive and well while going through her bags from Woolworths and stopped when she went to pick up a punnet of Driscoll’s strawberries.

But it gets worse still.

A horrified mum has revealed how her son found a baby snake still alive in a bag of cos lettuce he had bought from Aldi.

The woman posted the incredible pictures on Facebook after her son bought the bag of lettuce from his local supermarket.