Celebrities will no longer be sent to African countries to make promotional films for  Comic Relief as the charity tries to move away from perpetuating ‘white saviour’ stereotypes.

The charity, founded in 1985 by writer Richard Curtis and comedian Lenny Henry, announced it will no longer show images of starving children and illness to portray the continent and will instead hire local filmmakers and photographers for appeals.

The move, which follows rising criticism of the charity’s approach to fundraising, will also see Comic Relief work with media organisations across Africa to raise ‘awareness of wider narratives across the continent’.

Last year, Labour MP David Lammy accused investigative reporter Stacey Dooley of perpetuating ‘tired and unhelpful stereotypes’ after she travelled to the continent for Comic Relief and images of her hugging children were shared on her social media. 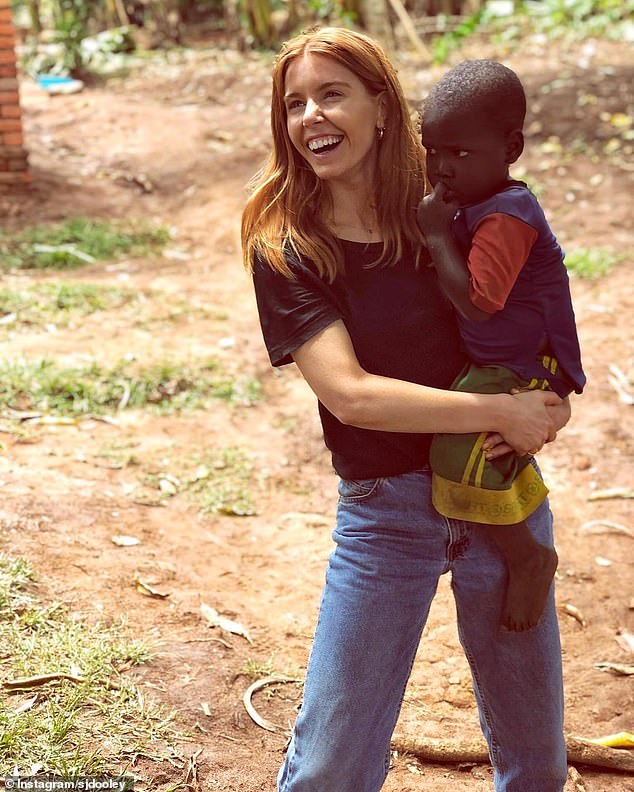 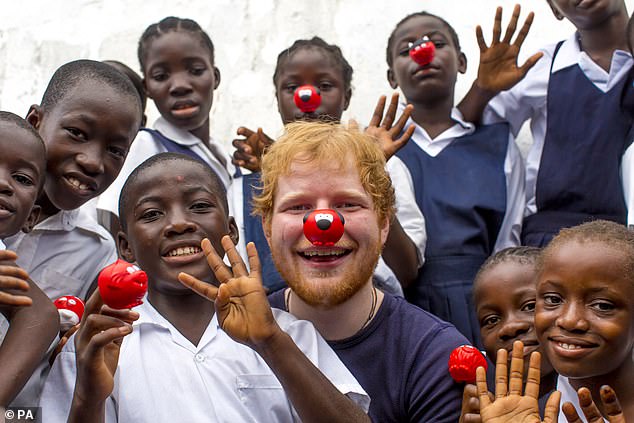 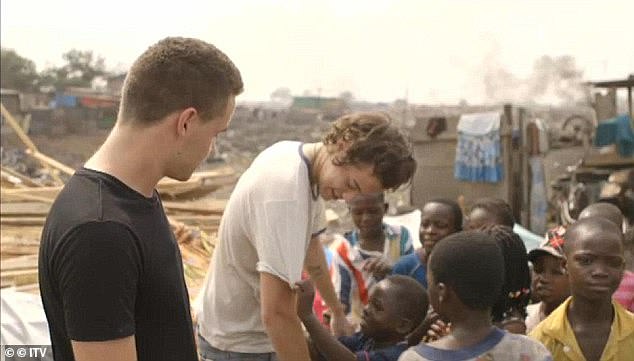 Mr Lammy, who is of Guyanese descent, said: ‘The world does not need any more white saviours.’

Following the comments, Ms Dooley hit back at Mr Lammy and said: ‘If the issue is that I’m white… you could always go’ – after Comic Relief revealed the politician had ignored their offer of a trip to Africa to support the charity.

However the Labour MP for Tottenham said Ms Dooley’s comments showed she had failed ‘to educate herself’, adding on BBC News’ Victoria Derbyshire show: ‘Her Instagram conveys the age-old trope that is her as the heroine and the black child as the victim and we have to stop it’.

When asked if the row had been because she was white, he added: ‘That suggests that she [Stacey] doesn’t understand the issues. That’s part of the problem.

‘Despite the fact she has power and agency she’s not sought to educate herself about the issues’.

SAIH president Beathe Ogard said: ‘Ed Sheeran has good intentions. But the problem is the video is focused on Ed Sheeran as the main character. He is portrayed as the only one coming down and being able to help.’

Following the controversy, all African appeal films for Red Nose Day 2021 will be led by local filmmakers for a ‘more authentic perspective’, Comic Relief said. 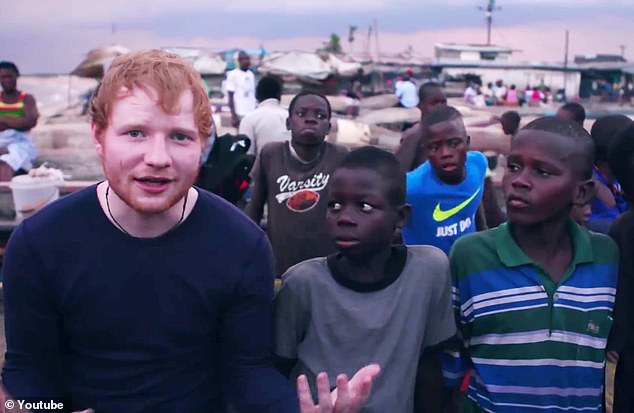 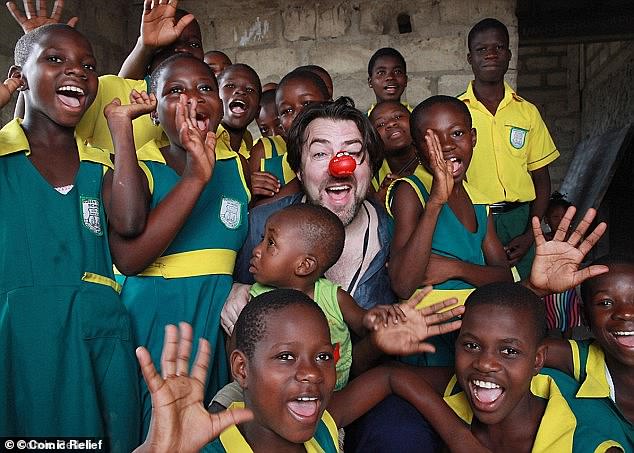 Sir Lenny Henry, Comic Relief honorary life president and co-founder, said: ‘A lot has changed over Comic Relief’s 35 years, and so the way we raise money and talk about the issues we are here to tackle, and the people we are here to support, must change as well.

‘I think on certain issues right now, like representation, amplifying black voices and diversity, there’s a real sense of reflection and looking inwards, and asking ourselves what can we do to learn and grow too.

‘I’m proud that Comic Relief is making these changes and I am looking forward to seeing the films next year.

‘Investing in local talent across Africa to tell stories from their communities is great and a much-needed step forward but as always there is more that can be done. The energy and passion for change and new perspectives is there in bucket loads.’

Sir Lenny added: ‘African people don’t want us to tell their stories for them, what they need is more agency, a platform and partnership.’ 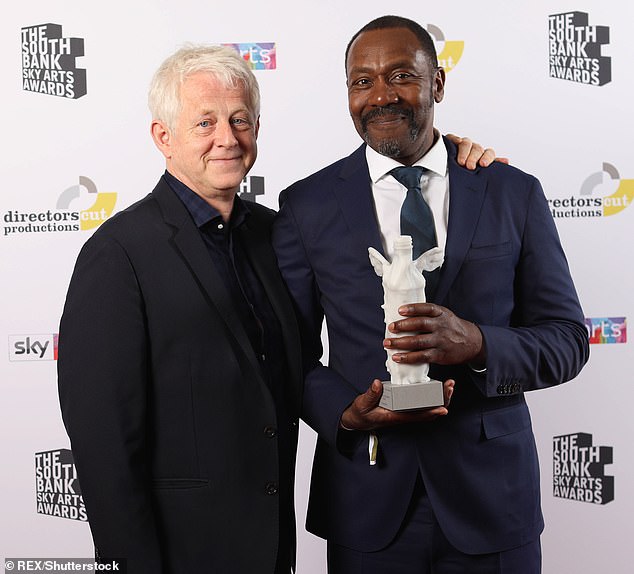 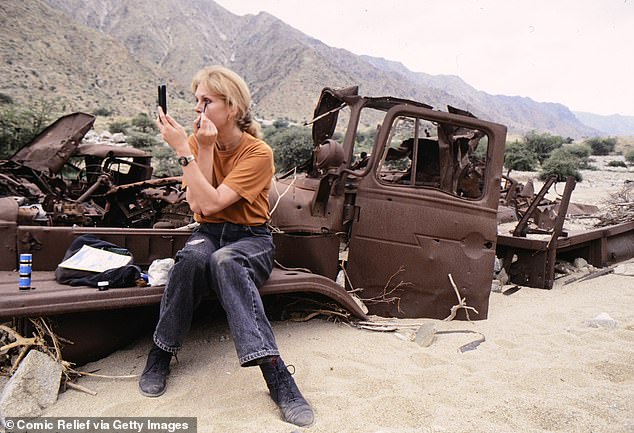 Joanna Lumley, seen in her film made during a visit to Eritrea with Comic Relief in 1993

Comic Relief said it is finalising new ‘story telling guidelines’, which as well as local filmmakers will include a stronger focus on ‘grassroots’ workers in appeal films.

The charity also said it will work with media organisations across Africa to raise ‘awareness of wider narratives across the continent’ and promised to make ‘every aspect’ of production ‘more diverse and inclusive’.

Comic Relief said it has invested nearly £6 million in black-led and minority-led organisations across the UK.

Sir Lenny will be joined by June Sarpong, the BBC’s director of creative diversity, for a discussion on changes in the creative industry, including Comic Relief’s new guidelines.

It will be followed by an international panel discussion on ethical filmmaking and will show a first-look at three new African-led films produced through Comic Relief’s Sema Stori Initiative.

Chrissy Teigen explains why she shared her baby loss photos